It is the first time since 2014 that three or more Broncos have been invited to the combine. 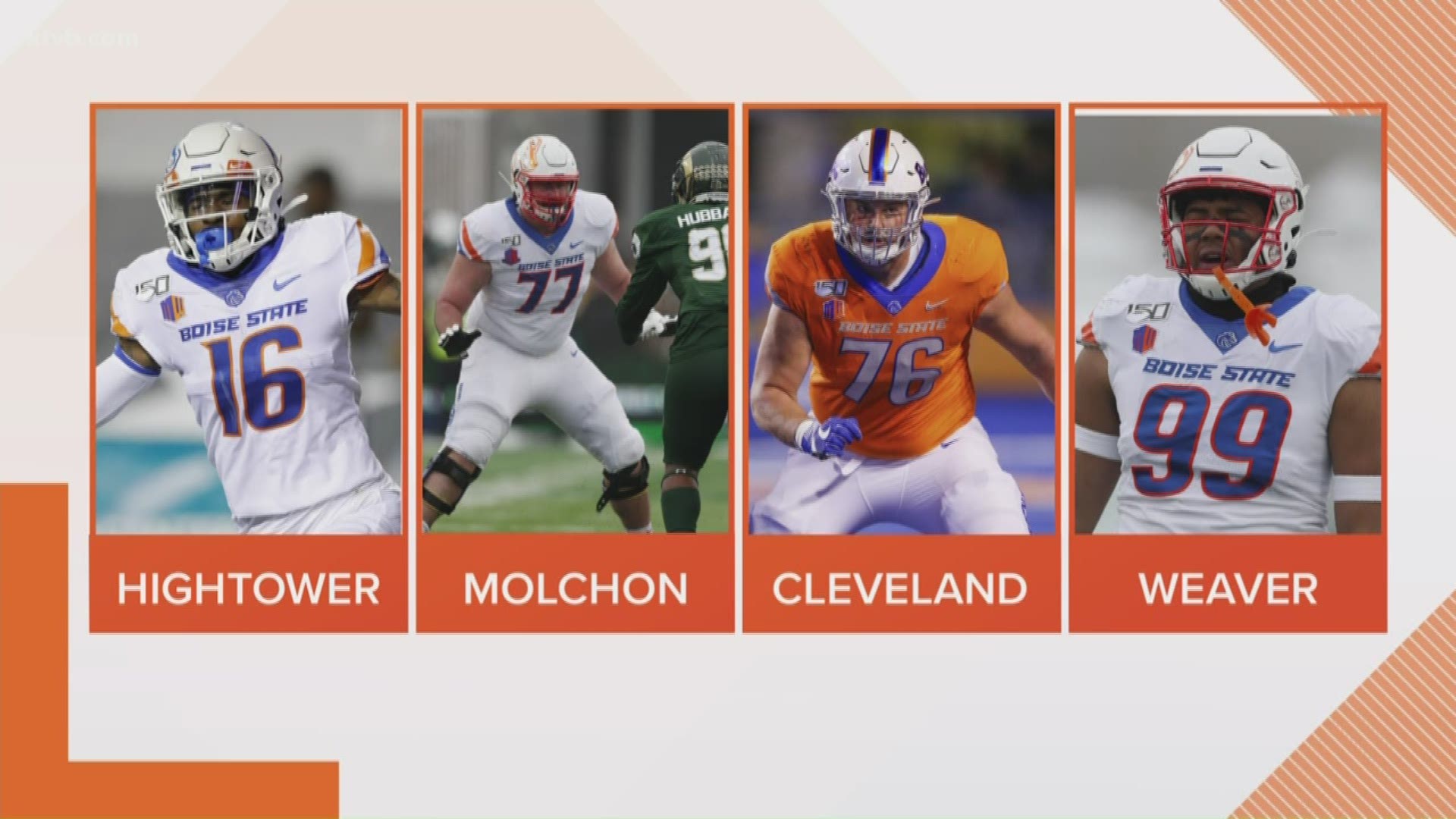 BOISE, Idaho — Three Boise State stars have accepted invitations to the NFL Combine, which is scheduled for Feb. 23 to March 2 at Lucas Oil Stadium in Indianapolis.

Cleveland and Weaver both declared for the NFL Draft in December and will forego their senior seasons for a chance to play in the NFL. Both are considered as top draft picks, with some analysts projecting that Weaver could be a first or second-round draft pick. All three showed they had NFL-level talents last season.

Weaver broke the Mountain West Conference's career sacks record with 34 sacks in three seasons, including 13.5 sacks last season. He also racked up 18.5 tackles for loss, a forced fumble, and an interception.

Hightower had 943 receiving yards, eight touchdowns, 639 return yards, and a return touchdown. The JUCO transfer has also flashed elite speed the last two seasons as he has shown why he was one of the Broncos' top receivers.

Cleveland shined at left tackle, where he frequently pancaked defenders. The 6'6" 310 pound Washington project earned All-Mountain West first-team honors in 2018 and 2019. Since arriving at Boise State in 2017, Cleveland started 40 games.

Senior John Molchon earned All-Mountain West first-team honors in 2018 and 2019 and made 42 starts over the last four seasons and appeared in 47 games. The Las Vegas native was moved around the offensive line during the 2019 campaign, where he opened holes for freshman running back George Holani break 1,000 rushing yards on the season.

This is the first time since 2014 that three Boise State players have been invited to the NFL Combine. In 2014, DeMarcus Lawrence, Charles Leno, and Matt Paradis were all invited. Since then, they have combined to make $94,478,875 in career earning so far.

Update at 2:00 p.m.: It was announced that John Molchon has also accepted an invitation to the NFL Combine. This article has been updated to reflect the development.

RELATED: Boise State announces plans to remodel the east side of Albertsons Stadium