While the grass isn't always greener, in Boise State's case, there are a million reasons why the AAC has greener and richer pastures for the Broncos. 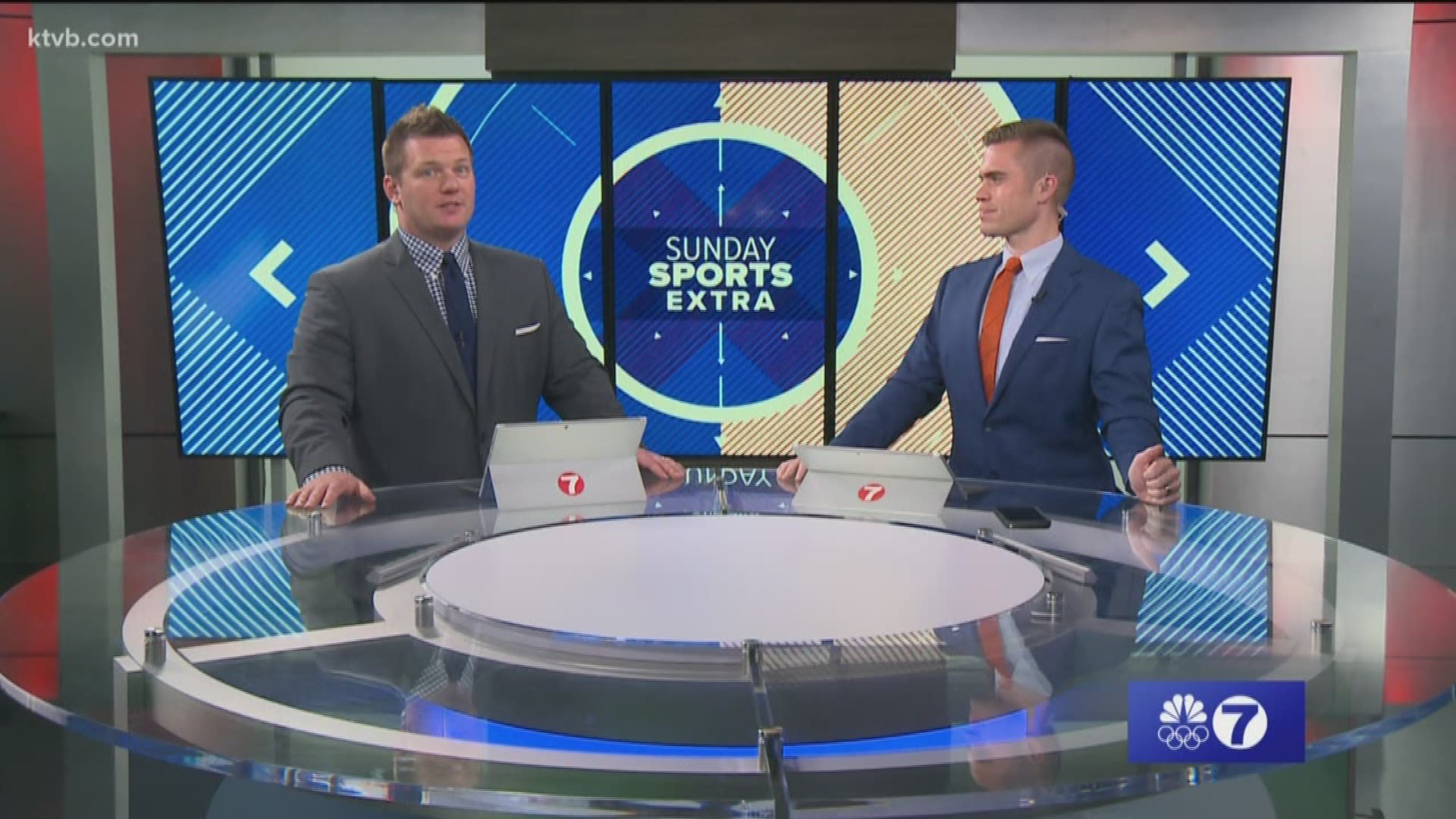 BOISE, Idaho — The offseason for the Boise State Broncos is barely a month old and there has already been plenty of Keeping Up With The Kardashians-level drama between Boise State and the Mountain West Conference and there's sure to be more through the next seven months until next season starts.

On Wednesday, court documents were released that showed Boise State had filed a court complaint to the Mountain West Conference, stating that the Mountain West attempted to end the deal that the conference and university had agreed upon in 2013, which kept the Broncos in the MWC.

The complaint was filed the same day that university officials said they were "weighing our options" moving forward after Mountain West Commissioner Craig Thompson said this TV deal would be the last time that the Broncos' home games were negotiated separately from the rest of the conference.

The new TV deal is worth $270 million for six years. Boise State is anticipated to take home about $6 million per year from the deal - $1.8 million from their sweetheart deal with the conference and about $4 million from an equal share with the rest of the conference.

Boise State is roughly doubling its annual media revenue with the conference's new TV deal with Fox and CBS Sports, however, with the court complaint about the deal, the Broncos' relationship with the MWC may be too damaged to repair.

If that is the case, the American Athletic Conference will be closely watching with hungry eyes since they could both bolster their conference and kneecap their closest Group of 5 peer with the addition of the Broncos.

Another reason why the AAC might be interested in what happens between Boise State and the MWC is that the conference signed a 12-year, $1 billion TV deal with ESPN last March - which ESPN could renegotiate after the departure of the UConn Huskies. Adding Boise State could help the AAC keep its new media contract intact.

With UConn leaving to go independent in football and the Big East for all other sports, the AAC is left at 11 teams and has a two-year waiver from the NCAA to have a conference championship game with 11 teams in 2020 and 2021. If the AAC were to add Boise State as its twelfth member, how much more money would the Broncos make in the AAC compared to their current situation with the MWC?

The AAC's billion-dollar media deal with ESPN gives each member school about $7 million annually, nearly double what each MWC school receives in their newest contract and about a million more than what Boise State gets under their agreement with the MWC.

A new TV contract between the AAC and ESPN may fetch a higher amount with Boise State in the conference, especially since ESPN paid the MWC more to get the rights for Boise State's home games, but it wouldn't likely drastically change the AAC's current billion-dollar deal.

Another way Boise State could add to its coffers as a member of the AAC is that they would have a better chance of reaching the coveted New Year's 6 Bowls. The AAC has sent its conference champion to the NY6 four out of the six years of the Collge Football Playoff era. If this last season's Group of 5 race to the NY6 proved anything, it is that perception and strength of schedule matters to the CFP Committee.

The Memphis Tigers got the bid to the Cotton Bowl over the Broncos, even though they had the same record of 11-1 because the AAC had several teams ranked in the Top 25 throughout the season and Memphis beat more ranked teams than Boise State. The AAC had UCF, Memphis, Cinncinati, SMU, and Navy all ranked at one point or another last season.

Outside of the Broncos, the MWC only had one other team make it into the CFP Top 25 and that was Air Force after the end of the season rankings. San Diego State did make a brief appearance midway through the season in the top 25 rankings but wasn't ranked at the end of the season. Having the conference schedule of the AAC would boost the Broncos' strength of schedule and position in the G5's race to the NY6 more than their current MWC slate.

Boise State has a lot to gain in the AAC in terms of additional revenue and exposure, but leaving the Mountain West also leaves the rest of the university's athletic programs in limbo as traffic costs would likely prohibit the Broncos from being full members of the AAC. Boise is an average of 1,886 miles away from each of the AAC schools, and the travel costs for the Broncos' athletic programs would be too prohibitive to fly teams out east multiple times every season.

If Boise State left the MWC in football, it'd be unlikely that the Mountain West would be open to allowing the rest of the Broncos' teams stay there, so they would have to find a new home in a conference like the West Coast Conference, Big Sky, Big West, etc.

Maybe - just maybe - Boise State and the Mountain West Conference could go to couple's counseling, avoid a messy divorce in court, and work things out. But do the Broncos really want to stick around in a conference that clearly wants to get rid of the perks that kept Boise State around as the conference's flagship program?

Devin Ramey is a digital producer and reporter for KTVB since 2018 and is a graduate of Boise State University. You can find him scrolling through memes and the news on Twitter @KTVBDevin.