Boise State claims the conference conspired to end the deal that kept the Broncos from leaving the Mountain West for the Big East Conference in 2013. 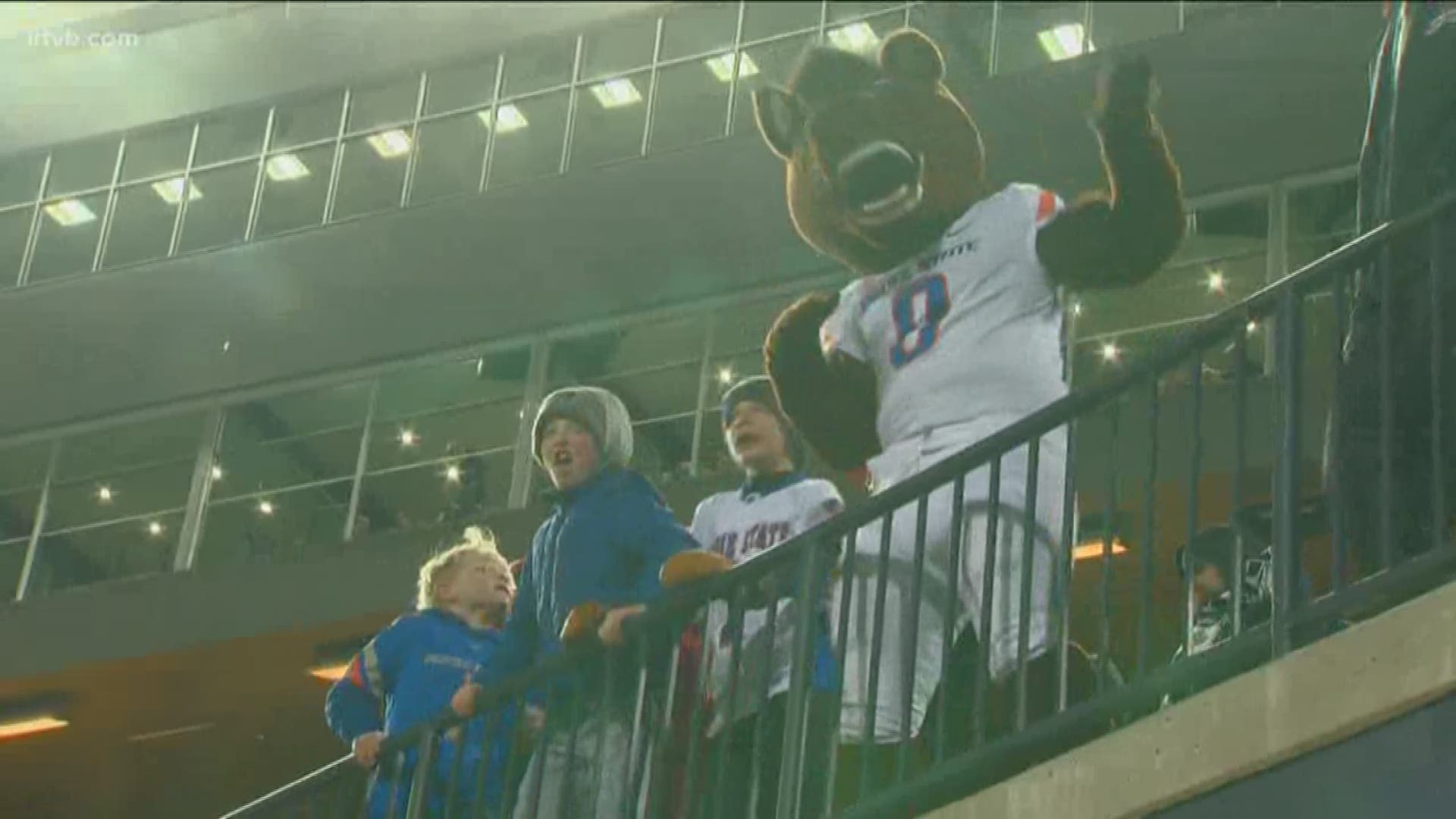 BOISE, Idaho — Boise State University has filed a legal complaint against the Mountain West Conference, alleging the conference has violated the terms of an agreement on television revenue that helped keep the Broncos in the conference in 2013.

The complaint filed by Boise State in Idaho district court on Jan. 17, the same day that officials said they were "weighing our options," is a major escalation in the fight over the conference's newest TV deal with Fox and CBS. The so-called sweetheart deal gave Boise State a bigger slice of the conference's TV revenue and allowed the university to negotiate their home games separately.

This deal between Boise State and the MWC is at the crux of this legal action. Boise State claims that the conference attempted to end the agreement behind the university's back, and lied to university officials that they would try to get Boise State a bigger piece of the TV deal revenue.

Back in 2013 when Boise State almost left the MWC for the Big East Conference, the Broncos and the MWC agreed to a special deal, which the complaint calls the Re-Entry Agreement. The agreement states that "MWC will ensure that the Boise State home football games are sold as a separate package."

For context, this deal was made one season after Kellen Moore's senior season and the Broncos' were at the height of their national prominence, KTVB sports analyst Tom Scott explained shortly after the news of the legal action broke.

"When they were coming back to the Mountain West in 2012, it was a year after Kellen Moore's senior year. Boise State has just gone 50-3, they were a national darling and the Mountain West really figured that they needed Boise State in the league," he said. "So the deal was struck [and] there was no expiration date on the deal. Maybe that's the Mountain West's bad, maybe they should have revisited it after six or 12 years, but that wasn't the case."

Boise State also references that its decades-long success and brand recognition in the complaint, says that their success has "consistently made it a team that draws high television viewership numbers, both for its away and home games. Its home games, however, routinely draw the highest television viewership numbers on ESPN platforms, among its conference peers, and are a significant draw to the media outlets looking to televise Boise State's football games."

Fast forward to December 2019 before the Mountain West Conference Championship Game, the complaint claims Boise State President Dr. Marlene Tromp, Athletic Director Curt Aspey, and Mountain West Commissioner Craig Thompson discussed that Boise State expected to retain the $1.8 million agreed upon in 2013 for the next TV deal. The three also talked about how Boise State expected a larger share of the TV deal revenue since Fox was paying more to get rights to Boise State's home games, which Thompson said he would try to get done.

"According to Mr. Thompson, he felt that the best strategy was to have Mr. Jordan, who had negotiated the CBS, Fox agreement, to raise the topic with the other directors by emphasizing that the increase in revenue generated from the new agreement was due in large part to Boise State," the complaint states.

However, the university alleges that Thompson never tried to get Boise State a larger portion of the new TV deal with CBS and Fox. "Instead, at the Board of Directors meeting, Mr. Jordan and Mr. Thompson presented eight alternatives, none of which addressed an increase in the bonus to be paid to Boise State," the complaint claims. "Instead, all eight alternatives addressed different methods for phasing out and ultimately ending the already agreed to $1.8 million bonus to Boise State and entering into uniform agreements with all member institutions under which every member institution, regardless of their contribution to the television revenue, received equal distributions."

The complaint argues that all of this happened without Boise State's knowledge and the conference withheld crucial information about the new TV deal and "deprived Boise State of a meaningful opportunity to evaluate whether the agreement was acceptable or not."

Boise State also said in the court filing that every member school that voted in favor of the new TV deal knew that they were in breach of the Re-Entry Agreement, but did so anyway. Court documents also claim that two member schools tried to end the Broncos' $1.8 million bonus agreement in the newest TV deal.

Officially, Commissioner Thompson has made it clear that he is planning on ending the Re-entry Agreement by phasing it out in future TV deals. "That is the whole membership agreement [that] was discussed in December with the board of directors, and as we move forward, that is the anticipation, that everybody's membership agreements would get more germane and equal, if you will," he said during a teleconference when the TV deal was announced. "But this will be the last Boise State separate negotiation for television rights."

Boise State is only suing for damages because of the Mountain West and member schools' conduct, but the complaint does not include an exact dollar amount.

The university and the conference released a joint statement late Tuesday afternoon, expressing hope the dispute can be settled out of court.

"Last week Boise State filed a complaint regarding media rights against the Mountain West Conference, however, that action alone does not formally begin a lawsuit," the statement reads. "The University and the Mountain West are currently in discussions in hopes of bringing this matter to a resolution without litigation."

RELATED: 'I don’t know if this can be healed': Experts weigh in on Boise State's decision to sue Mountain West Conference

If the matter cannot be resolved, Boise State could choose to leave the conference altogether.

"You wonder if the games against UCF down the line are going to become conference games [in the AAC Conference]," sports analyst Tom Scott speculated. "In that case, it would be football-only. This is speculation, but Boise State's other sports would probably have to go to the Big West. I don't think there's any other option for them other than the Big West."

As for the relationship between Boise State and the Mountain West Conference, the wounds that this dispute may cause might not be able to heal by the end of this TV deal.

"This is not just posturing for 2026," Scott said. "Boise State is legitimately upset about this. I don't know if this can be healed."

Boise State football: A guy who knows what it’s all about

Boise State football: Broncos go down the hall for OC