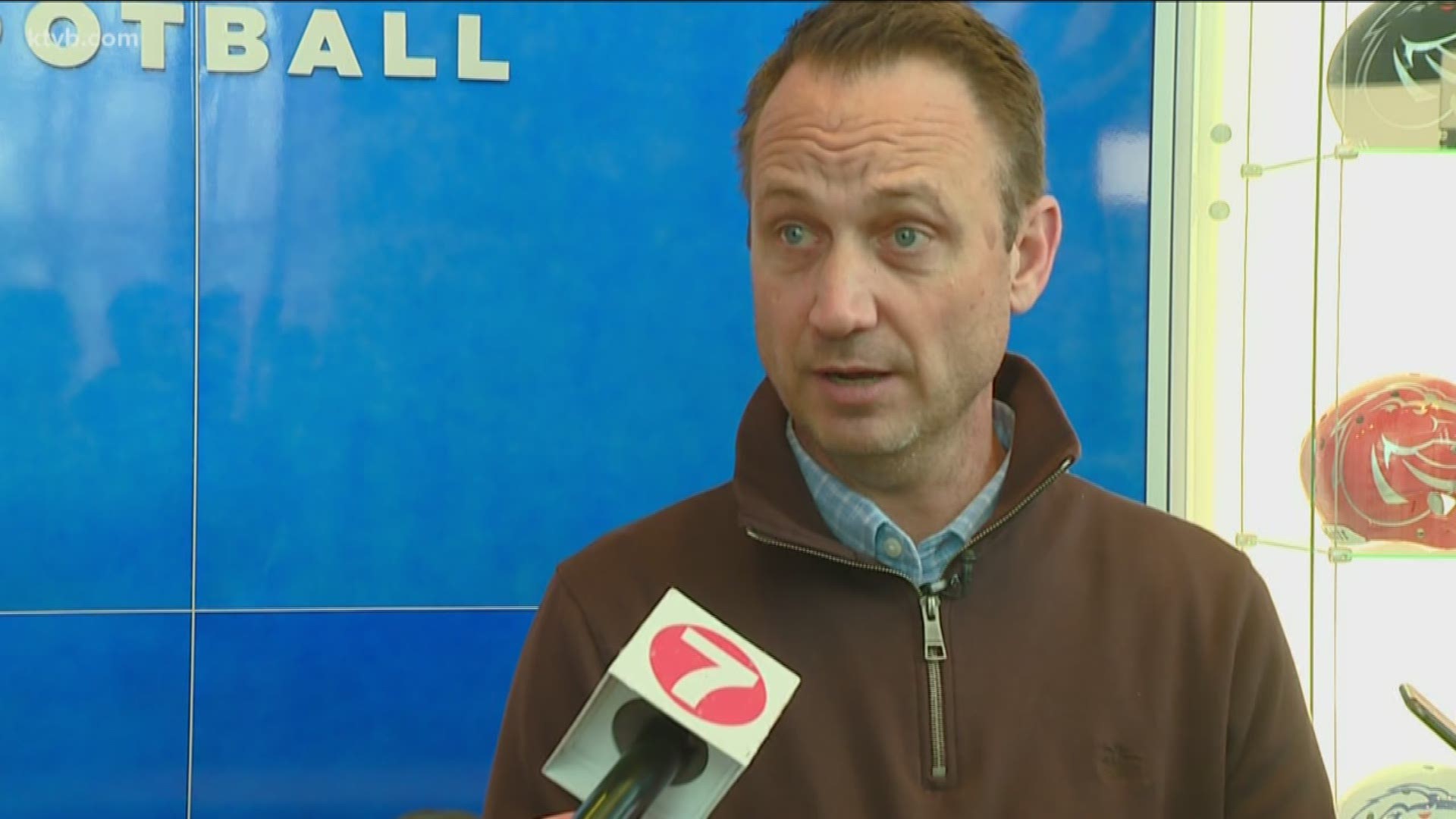 BOISE, Idaho — Boise State has tapped Eric Kiesau to take over as offensive coordinator following the departure of Zak Hill.

Kiesau has been on the Broncos staff the past three seasons as the wide receivers coach. He was also given the title of co-offensive coordinator last season.

Hill left after the season to take the offensive coordinator role at Arizona State.

Kiesau has plenty of past experience as an offensive coordinator. He held the position at Colorado, Washington and Fresno State.

"Eric Kiesau did a great job working with our offense this past year, helping us win another conference championship," Broncos head coach Bryan Harsin said in a statement. "He's been phenomenal with our wide receivers, but he played quarterback and he's coached QBs at the highest level. He knows what we're trying to do, and I'm fired up to see him take this offense, continue to grow and develop it, and help us improve as we try to win another Mountain West Championship."

In addition to finding a new wide receivers coach to replace Kiesau, the Broncos also have an open position for running backs coach after Lee Marks departed for Fresno State last week.