'I don’t know if this can be healed': Experts weigh in on Boise State's decision to sue Mountain West Conference

The university has filed a legal complaint against the conference, claiming breach of contract. 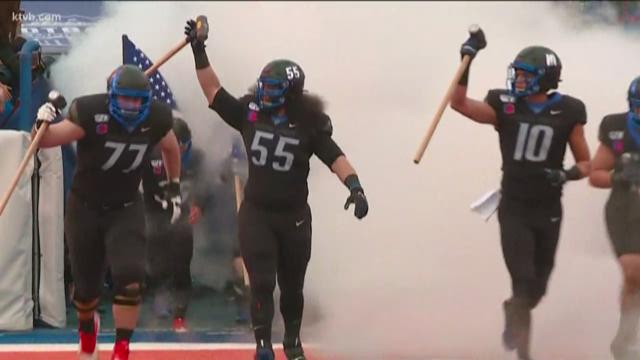 BOISE, Idaho — Boise State has announced it will be taking legal action against the Mountain West conference over its new television deal and the alleged violation of terms of an existing agreement that kept the university in the conference seven years ago.

It all started back in 2012 when Boise State planned to move to the Big East Conference for better exposure and TV coverage. In the end, the Broncos stayed in the Mountain West, but with a few conditions.

Those conditions sparked a re-entry agreement between the conference and the university.

That agreement allows Boise State to control media rights to its home games, negotiating them separately from the conference.

However, earlier this month the conference signed a new agreement with Fox and CBS Sports, and it was at that time Mountain West commission Craig Thompson stated this would be the last time the conference would provide that benefit to Boise State.

According to the claim filed by the university, Boise State did not give their consent to the deal and were not given all of the information, which it alleges is a violation of that 2012 agreement with Mountain West.

KTVB sports analyst Tom Scott said the "sweetheart" deal in that re-entry agreement was likely a result of Boise State football's status in 2012.

“They were a national darling and Boise State really figured that they needed Boise State in the league so the deal was struck," he said. "There was no expiration date on the deal and maybe that’s the Mountain West’s bad, maybe they should have revisited it after six or 12 years, but that wasn't the case."

The new deal was discussed and Boise State was expected to retain that $1.8 million for the new agreement, as well as give the university a larger share of the TV revenue since Fox was paying more to get rights' for Boise State's home games.

In the complaint, Boise State argues it was lied to and the conference never tried to get the university a larger share of the new deal. Instead, the complaint states, the new agreement would be to eventually phase out the $1.8 million bonus.

Former Idaho Attorney General David Leroy said this is not a common case.

“Not only are lawsuits between football teams and conferences very unusual, but anticipatory repudiation is almost unheard of,” he said.

“This is a very unusual lawsuit in that it alleges anticipatory repudiation, meaning that there’s no immediate damages," Leroy continued. "But six years down the road, there may be a $1.8 million damage every year. So the first question, is this case ripe for review – would a judge hear it now without any immediate damages?”

Leroy said he expects to see a few things happen quickly with the complaint.

"Number one, the Mountain West will try to remove the case out of Boise – perhaps to federal court here or in Colorado," he said. "Next, I think it will spark a lot of political discussions between and among the Mountain West conference members and football. And finally, I think it will probably generate an offer to Boise State from some other conference, ‘Come look at us.’”

Leroy said as for Boise State legally being allowed to leave the conference, it depends on whether it's determined there was a breach of contract. If the university is successful in proving Mountain West breached the contract, then that would likely free up Boise State from its portion of the agreement and it could be free to change conferences.

As for what comes next with the Broncos and whether it's likely they would change conferences, Scott said it's hard to predict what the university will do.

“This is not just posturing for 2026," he said. "Boise State is legitimately upset about this and to file the lawsuit last Friday, right after the announcement of the new Mountain West contract, I don’t know if this can be healed.”

The university and the conference released a joint statement late Tuesday afternoon, expressing hope the dispute can be settled out of court.

"Last week Boise State filed a complaint regarding media rights against the Mountain West Conference, however, that action alone does not formally begin a lawsuit," the statement reads. "The University and the Mountain West are currently in discussions in hopes of bringing this matter to a resolution without litigation."