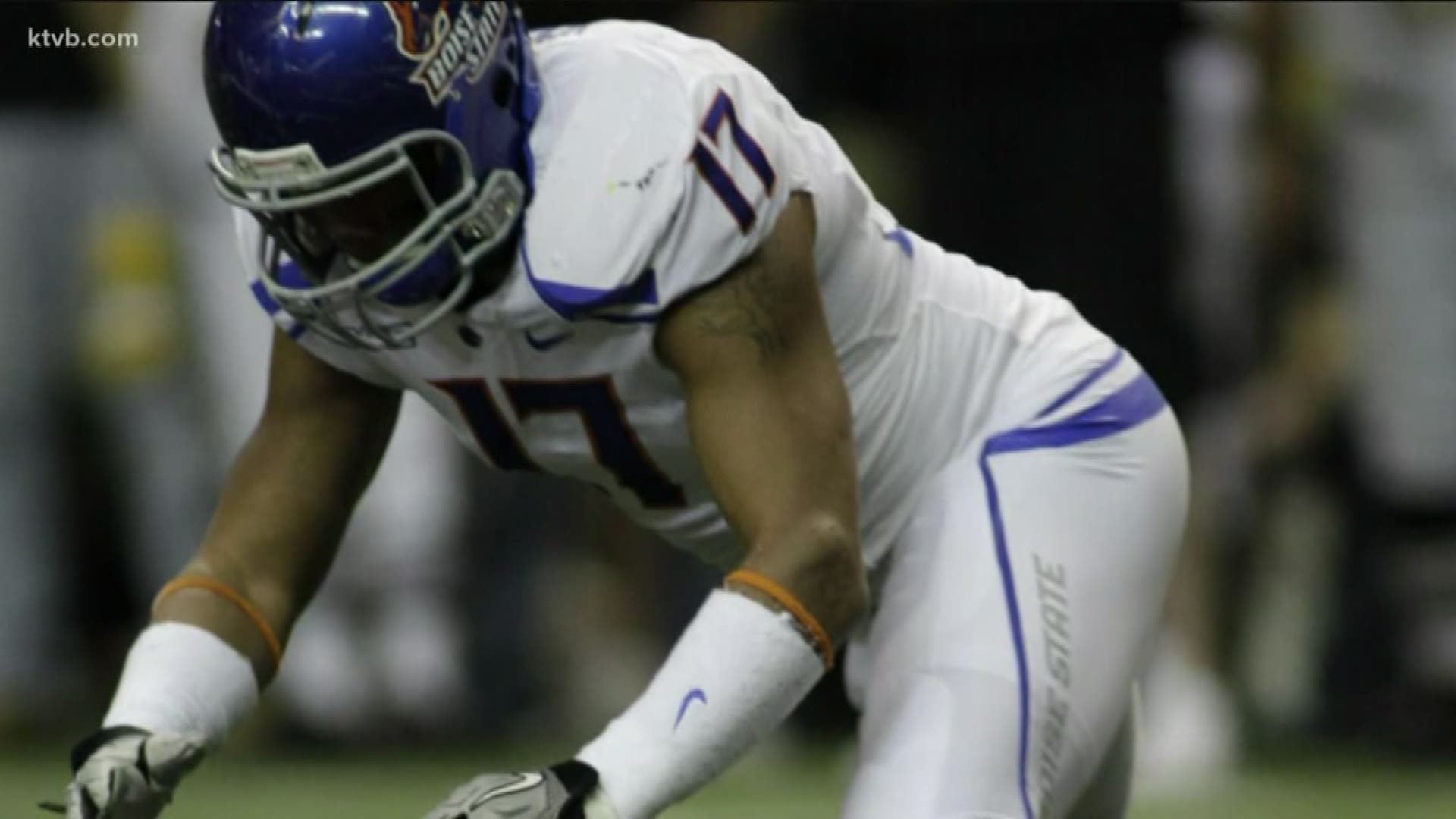 "Hard work does not go unnoticed, and Winston has given everything he had in every area in which he was capable since stepping foot on campus as a student-athlete," Harsin said in a statement.

Venable played for the Broncos for two seasons (2009, 2010) and sealed Boise State's second Fiesta Bowl over TCU after intercepting TCU quarterback Andy Dalton in the game's final moments. After leaving Boise State, he signed as a free agent with the Chicago Bears in 2011. From 2012 to 2016, Venable played for the Montreal Alouettes of the Canadian Football League, where he earned All-Star honors in 2015.

When he played for the Broncos, Venable was selected for all WAC honors twice and earned first-team All-Western Athletic Conference honors after his senior season.

Venable thanked Harsin for the opportunity in a statement and explained the mentality that he'll make sure the Broncos' running backs will have.

“I could not be more fired up to get back on The Blue to coach with the type of high-character men we have in this program,” Venable said. "There is no question that this program and this place are special. I intend to bring it every day as a coach, just like I did as a player. This game is about being smart, hungry, and humble. That’s the mindset our running backs will have.”

Venable will be working with a solid stable of running backs for the 2020 season, including running back George Holani, who made himself a household name in Bronco Nation after a breakout freshman season. Junior Andrew Van Buren and redshirt senior Robert Mahone will also return. The three players combined for over 1,700 yards and Holani extended the Broncos' streak of having a running back break 1,000 yards for the 11th straight season, which is the longest such active streak in the country.

Last season, Venable was the assistant director of sports performance for the Broncos.

Boise State also announced that Anthony Lazard is now their newest assistant director of football performance. Lazard held the same position at Appalachian State and made stops at Houston and Colorado State. He graduated from Iowa State University in 2016, where he earned scout team honors in 2015 and 2016.

"He is someone that comes highly recommended from people that have been with us and know what we’re about," Harsin explained in a statement. "He is excited to be part of our culture, and we’re looking forward to having another blue-collar guy helping to train the next generation of blue-collar Broncos.”

The hiring of Venable and Lazard comes just four days before the late signing period on Feb. 5, where Boise State will try to add to their recruiting class, which already includes Borah High School standout Austin Bolt, an NC State grad transfer, and a former University of Southern California commit.

This should be the last shake-up for the Broncos' coaching staff after Hill and Marks left Boise State. Hiring a former star like Venable isn't the first time coach Bryan Harsin has brought in old players into his coaching staff this offseason.

Miller is also now the Broncos' passing game coordinator. The former Boise State receiver basically rewrote the Broncos' record books during his time on the Blue. Miller owns the record for the most receptions in a single season with 88 and career receptions with 244.

Venable, Kiesau, and Miller will all have plenty of talent on offense to work with, as quarterback Hank Bachmeier, Holani, and wide receiver Khalil Shakir all return to the Broncos after going 12-2 last season.

The biggest question mark the Broncos have on offense is the offensive line, where they'll have only one returning starter next season.

RELATED: Boise State football: A guy who knows what it’s all about

'I don’t know if this can be healed': Experts weigh in on Boise State's decision to sue Mountain West Conference