The guy who didn’t like blue uniforms on the blue turf, who didn’t think the Blue has any mystique, who just turned 70 years old, is not going away. 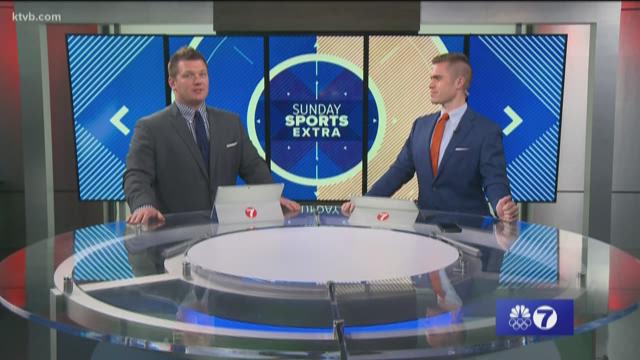 Boise State fans don’t have to wait until 2021 to see Rocky Long again. During his years as San Diego State head coach, the Broncos would face him just two out of every four years.  But they’ll compete against him this fall, and next fall, and the one after that—as long as he’s in Albuquerque.  Long has returned to the school where he played quarterback and later coached, as he’s been hired as defensive coordinator at New Mexico under new head coach Danny Gonzales, his one-time player and assistant.  It’s a game-changer in the Mountain Division of the Mountain West.  Long was coach at UNM from 1999-2008 and went 65-69.  The Lobos haven’t been the same since.  He was 81-38 in nine seasons as head coach of the Aztecs.  Boise State will reacquaint with Long at New Mexico next season.

THE GUYS WHO NEED TO BE GOOD…ARE SO FAR

With winter conditioning in full swing at Boise State, the team has started handing out its weight room awards.  The Iron Men for Week 1 were two of the most important players on the team in 2020, Avery Williams and Demitri Washington.  Williams has two-pronged motivation going into his senior year: defending his crown as Mountain West Special Teams Player of the Year, and improving on a season at cornerback that didn’t live up to expectations.  Williams would like to recreate his sophomore year after going interception-less and breaking up just four passes in 2020.  Washington is increasingly seen as Curtis Weaver’s heir-apparent at STUD end/linebacker.  Ironically, Washington had three sacks over the last three games of last season—and Weaver zero.

RELATED: Boise State basketball: On all cylinders at Save Mart

BRONCOS OVER ONE HUMP

Under the radar (maybe) is the fact that Boise State hoops has equaled its win total from last season.  The disappointing record of 13-20 has turned into 13-8 with at least 10 games to go.  Halfway through the Mountain West schedule, the Broncos are in a four-way tie for fourth place in the conference at 5-4—the top five get byes in the Mountain West Tournament in March.  B.J. Rains of the Idaho Press pulled out this nugget: “Boise State was ranked No. 119 in the KenPom computer rankings before the Utah State game.  After the crazy comeback and a 34-point road win at Fresno State, Broncos now sit at No. 90. That's a 29-spot jump in eight days.  Don't see quick rises like that very often.”

When it takes 21 straight wins to open the season to break the school record for “best start,” you’ve got a pretty good basketball program.  So it is with San Diego State, which reached the 21-0 mark after holding off UNLV 71-67 Sunday afternoon.  SDSU, the only undefeated team in the country, stayed at No. 4 in both polls Monday.  Malachi Flynn led the Aztecs with 21 points in Las Vegas, something he does often on the road.  Flynn is averaging 13.9 points at home this season—and 19.9 points away from Viejas Arena.  San Diego State will be in ExtraMile Arena on President’s Day weekend.

You probably heard about the comings and goings on Justin Wilcox’s staff at Cal over the weekend.  First, former Boise State star Gerald Alexander left the Bears staff after three seasons to become defensive backs coach with the Miami Dolphins.  It’s a stretch to say Alexander is headed for familiar territory, but he did play two games with the Dolphins in 2011.  He’s also coached at Arkansas State, Washington, Indiana State and Montana State.  Alexander, now 35, was a senior when Wilcox was a first-year defensive coordinator under Chris Petersen at Boise State in 2006.  Alexander finished his career with an interception against Oklahoma in the 2007 Fiesta Bowl.

Second, Wilcox hired Marcel Yates to replace Alexander at Cal.  The two coached together on Petersen’s staff at Boise State from 2006-09, when Yates was secondary coach.  Yates was a Broncos assistant for 11 seasons over two stints, leaving in 2016 to become D-coordinator at Arizona.  He was fired from his Wildcats post at the end of last October.  Yates played for Boise State from 1996-99—one of the players who saw the entire transformation from the 2-10 season his freshman year to 10-3 with Big West and Humanitarian Bowl championships as a senior.

This transaction is one that’s not nearly as noticeable, especially if you’re, well, young.  Phil Snow is the new Carolina Panthers defensive coodinator, hired by new coach Matt Ruhle after spending the past three seasons as Ruhle’s D-coordinator at Baylor.  Snow was an assistant at Boise State from 1982-86, beginning as defensive backs coach before being promoted to defensive coordinator his second year.  That was an era of stout defense for the Broncos.  Snow’s unit ranked sixth in the nation in Division I-AA total defense in 1986 (the first year of the blue turf).

The outpouring of emotion following the death of Kobe Bryant has been staggering.  Some were very close to the epicenter of Sunday’s tragedy, including the Hoop Dreams eighth-grade girls basketball team from Boise.  As detailed in a story by John Wustrow at IdahoPress.com, the team was playing in the Mamba Cup on Sunday in Thousand Oaks, CA, and was waiting to watch “The Mambas,” Bryant’s team that included his daughter, Gianna.  Wustrow writes that “the Boise team had connected with Bryant after playing the team he coached in another Mamba Cup game last month.  Bryant was so impressed with their play, he invited them to come back for the tournament this past weekend.”  Hoop Dreams coach George Rodriquez had developed a special connection with Kobe.  Check out Wustrow’s story.

RELATED: NBC's Heather Cox remembers meeting Kobe Bryant for the first time and how he was both a superstar and a father

Serena Williams cements herself as the best women’s tennis player of all-time when she wins a record 23rd career major championship at the Australian Open, surpassing Steffi Graf’s Open Era standard.  And this one couldn’t have been set up any better, as the 35-year-old Serena was going against her 36-year-old sister, Venus, winning 6-4, 6-4.  One day later, the Australian Open produced more nostalgia—and drama—as 35-year-old Roger Federer defeated Rafael Nadal in five sets.  It was Federer’s 18th title in a major, but his first since 2012.