'We’re not scared of anybody': Skyview Hawks prep for 2019 football season without Crowe, Storer

The Hawks will have a nearly brand new team after losing 25 seniors in 2018, including Tyler Crowe and Wyatt Storer. 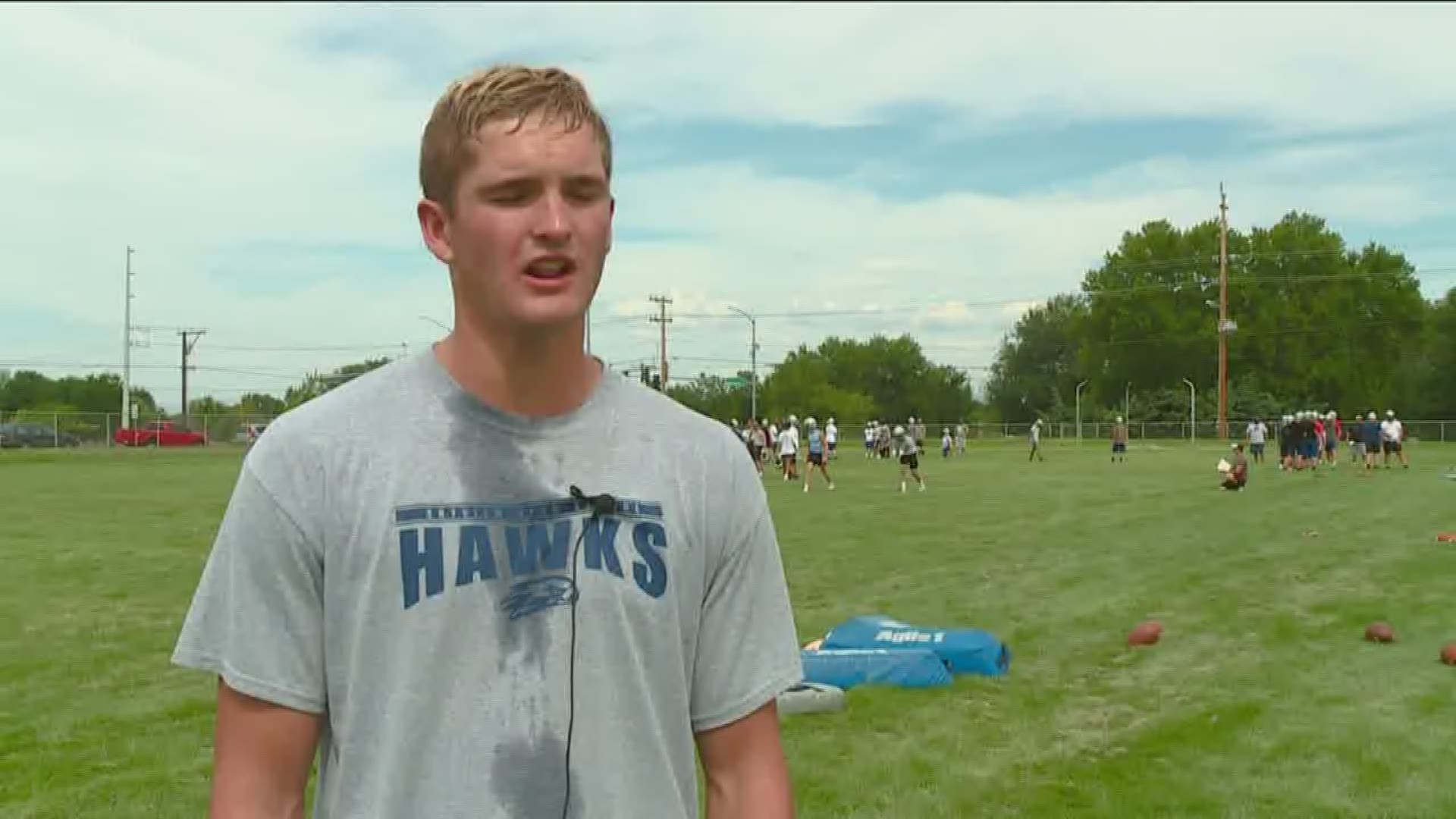 Looking to improve their .500 record from their first season in 5A, the Skyview Hawks will have to do it with new faces, specifically on offense.

The Hawks lost the 5A SIC Offensive Player of the Year, Tyler Crowe and three-year starting quarterback Wyatt Storer to graduation, along with 23 other seniors.

"We lost a ton of seniors, so we didn’t think we were going to be very good," Young said. "But between the attrition every team faces and just the newness of every team in the conference, we go 9-0. It kind of even surprised us. We knew we were going to be good, but not necessarily undefeated good, so every year is just new.”

"This has to be my year just to kind of step it up and follow in their footsteps and hopefully be a leader on this team,” Perrine said.

As for who will replace Storer, Young says they're moving two-year starting JV quarterback, junior Clayton Franseen, up to varsity.

"It’ll be different," Young said of Franseen. "I won’t say we’re not going to skip a beat the wrong way, it’s just going to be a little bit different. Clayton’s a good athlete and does good things."

The Hawks return a few starters on the defensive line, including 2018 5A SIC all-conference honorable mention Kadin Carlin, who also saw reps on the offensive line as Crowe's backup at running back last season.

"Kade never backed down and just tore it up when he had the opportunity,” Perrine said.

"He’s different than Tyler," Young said. "He’s not as powerful, but he’s got quick, fast feet, he can make some moves."

Other players to keep an eye on include sophomore running back Tony Fida, senior Josiah Lara, the defending 5A state heavyweight wrestling champion, and senior Danny Castledine, who returns to the roster as a wide receiver and corner after a two-year absence.

“Danny is a tremendous athlete, super competitive, fast, competitive, athletic," Young said. "He is just fired up and ready to go.”

"The thing about Danny is his mindset," Perrine said. "If someone tells him that you can’t do it, he’s going to go out and prove you wrong.”

Even with a team made up of new faces and names, the program still has the same goals.

“Our goals are always the same: to make the playoffs, and then take a run as deep and far as we can, based on our team and then, of course, the teams you face,” Young said.

But for Perrine, the goal is more focused on individual teams, ones that, historically, have proven difficult to beat.

"We’re not going to be intimidated by Rocky or Mountain View," Perrine said. "No matter what, we’re just going to give it our hardest. We’re never going to give up. We’re not scared of anybody.” 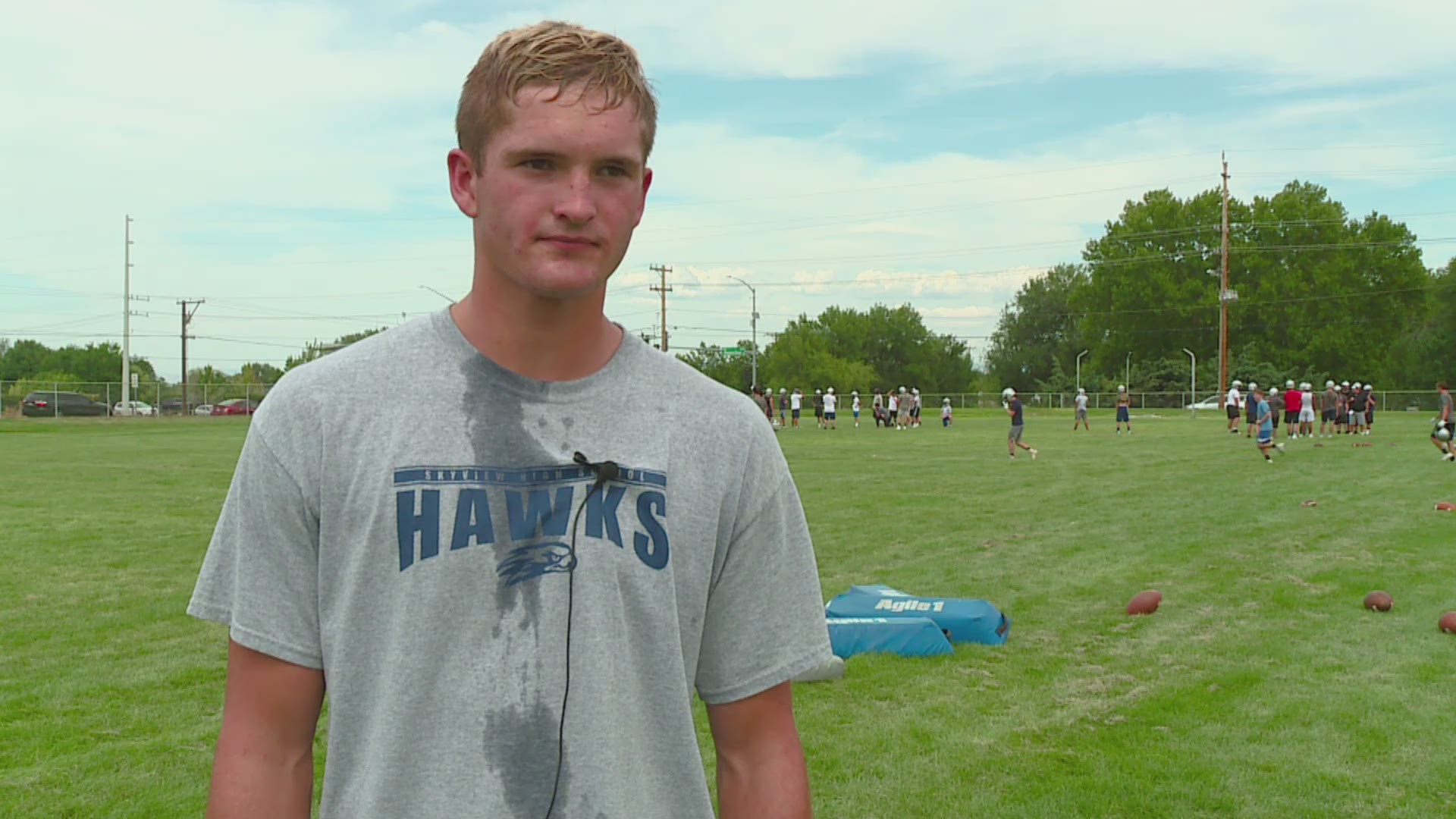 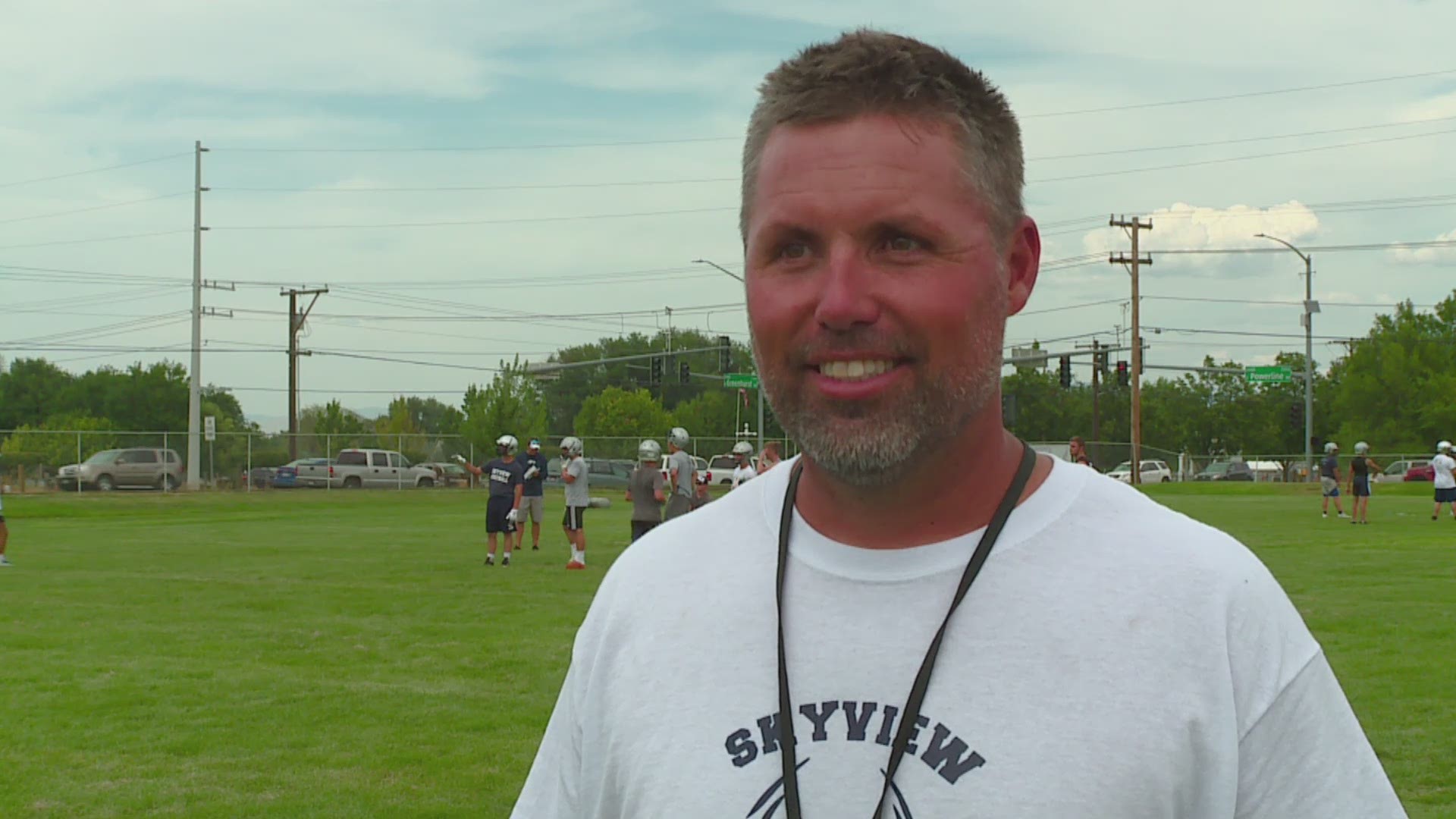 MORE: 'We need to make sure Borah football lives up to its name': Lions witching gears for 2019 season