Bundy was banned from the Idaho Statehouse last year after he refused to leave the capital and had to escorted out on an office chair. 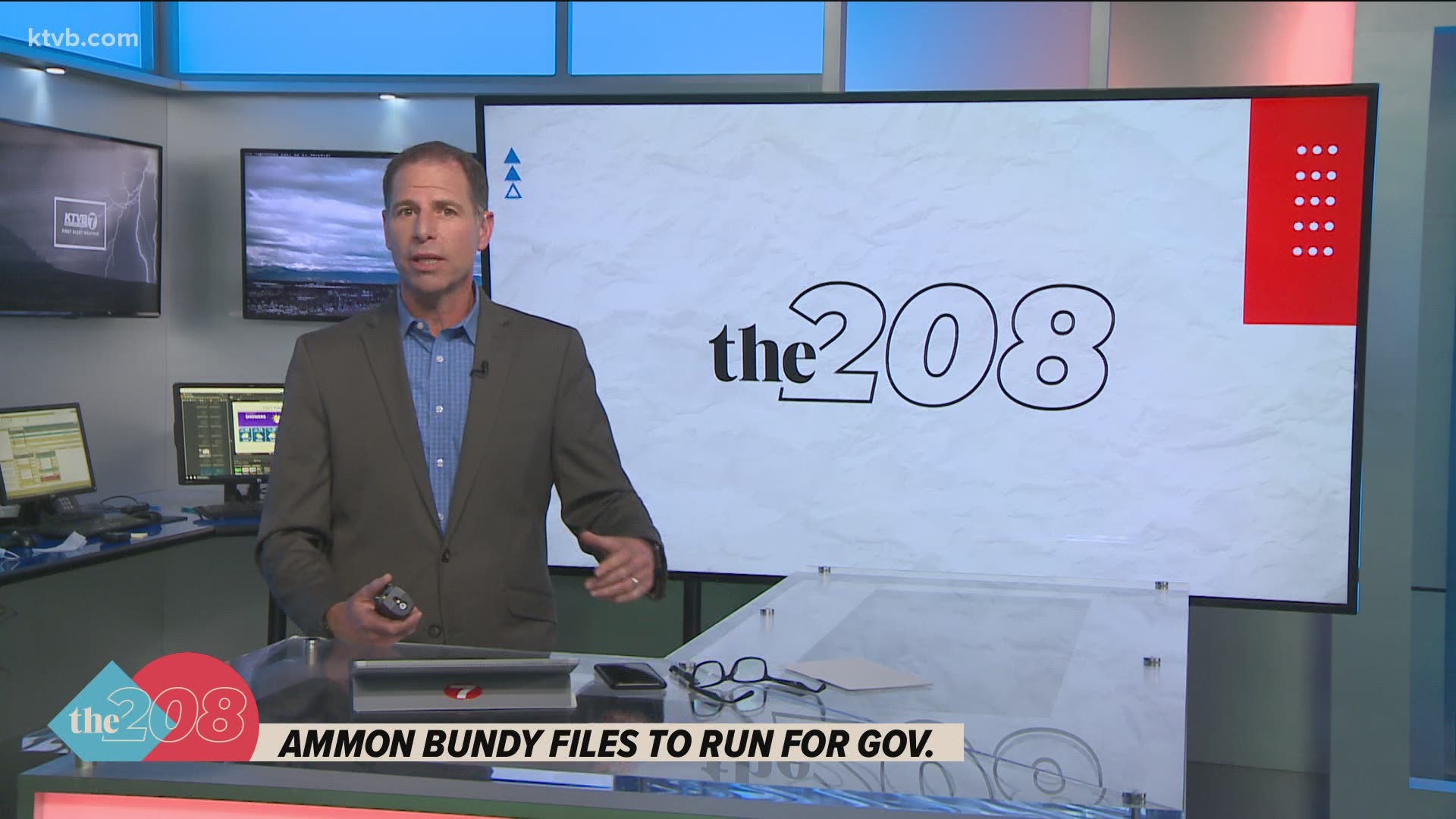 BOISE, Idaho — Ammon Bundy, a conservative activist who is currently banned from the Idaho State Capitol Building after state troopers had to wheel him out of the capitol on an office chair because he refused to leave, has now filed the needed paperwork to run as a Republican for Idaho governor in 2022.

According to the Idaho Secretary of State's Office, Ammon Bundy filed as a Republican, with an Emmett P.O. box address, on Friday, May 21. He listed himself as his treasurer.

Bundy has not recorded any expenditures, according to the Secretary of State's Office.

Officials with the Secretary of State's Office clarified with KTVB that the candidate also needs to be a registered voter to run, but they pointed out the issue with Bundy listing himself as a treasurer because they are primarily concerned with who's handling campaign funds at this point of the election cycle.

McGeachin announced her candidacy on Wednesday. When incumbent Gov. Little spoke with KTVB for Viewpoint, his response to her announcement was a flat "Well, it's a free country."

While Gov. Little has been mum on if he will officially seek reelection in 2022, he has filed to run, according to the Secretary of State's Office.

No Democrats have filed to run for Idaho governor in 2022. One person has filed as unaffiliated.

Four others have also filed to run for governor as Republicans: Jeff Cotton, Edward Humphreys, Lisa Marie, and Cody Usabel.