One of his supporters was also arrested for assaulting a deputy at the Ada County Courthouse. 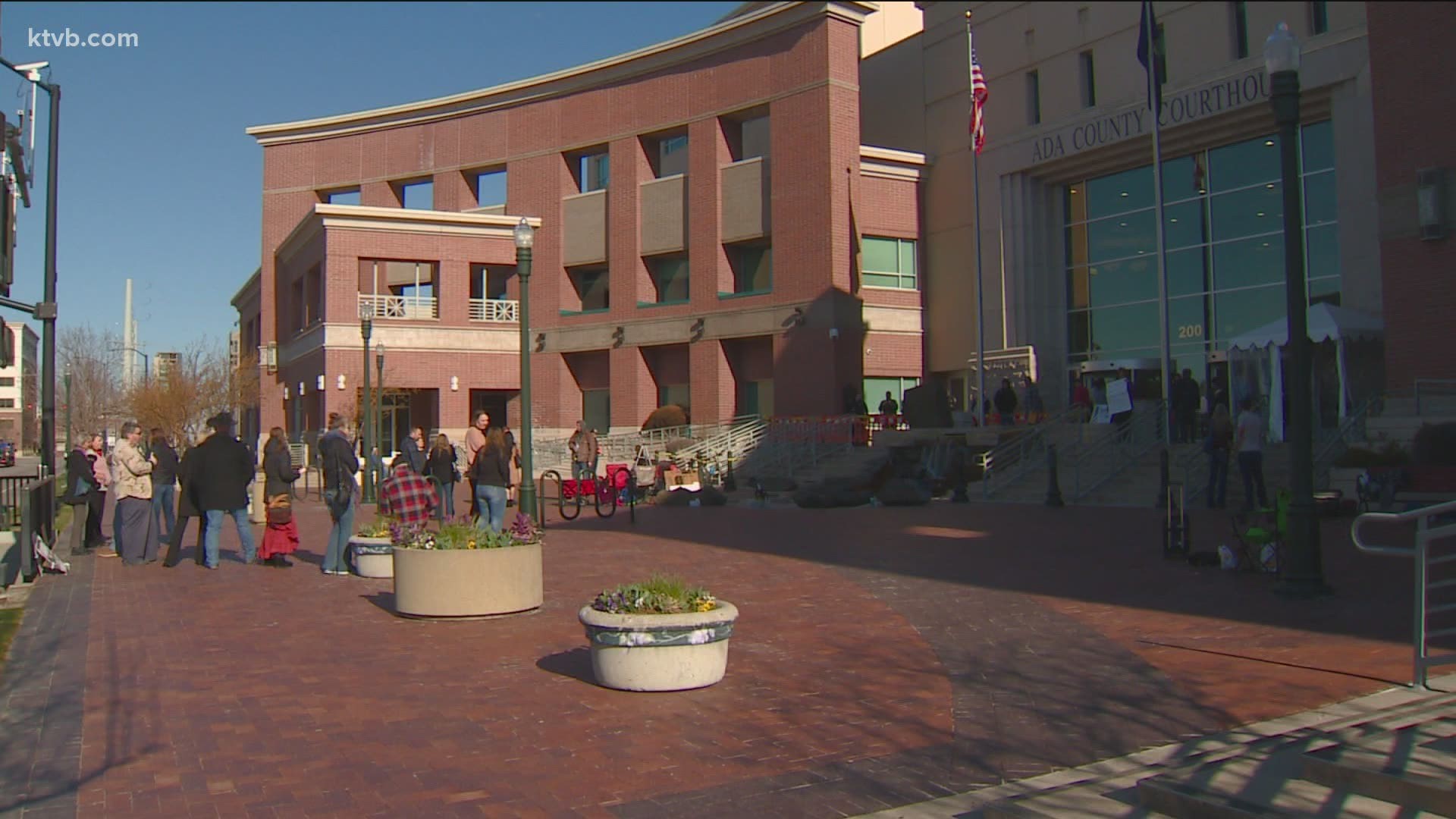 BOISE, Idaho — A local anti-government figure and one other man were arrested on bench warrants after they missed their scheduled court appearances in Ada County Monday morning.

Ammon Bundy and Aaron Von Schmidt, both 42, were due to appear in court at 8:15 a.m. for their jury trials on misdemeanor trespassing and resisting arrest charges.

The men showed up at the courthouse, according to the Ada County Sheriff's Office, but refused to wear masks to enter the building. The Idaho Supreme Court has ruled everyone must wear a mask covering their mouth and nose at all times inside the Ada County Courthouse. The mask order applies to everyone participating in trials or other court hearings.

Both men stood around outside and missed their court hearings, at which point Judge David Manweiler issued bench warrants for their arrest for failing to appear. Bundy and Von Schmidt will both forfeit their $600 bonds; the bond set on the bench warrant is $10,000 each.

Several dozen Bundy supporters showed up outside the Ada County Courthouse to protest.

After Manweiler issued bench warrants for failure to appear, a deputy approached Bundy and Von Schmidt, told them what had happened in court, and asked if they would voluntarily come with him. The men both refused, according to the sheriff's office, and Bundy lay down on the ground.

At the same time, two other Bundy supporters - identified as 69-year-old Casey J. Baker and 32-year-old Garth G. Gaylord - got into physical confrontations with deputies. In the scuffle, a third man who was not attacking the deputies fell down and hit his head, according to the sheriff's office.

Bundy, Von Schmidt, and Baker were all transported to the Ada County Jail, and the protest died down shortly after. All three remain in custody as of Monday afternoon.

Bundy's criminal case stems from an incident during the special session of the Idaho Legislature in August, during which he and two others refused to leave the Lincoln Auditorium in the Idaho Statehouse after a hearing was switched to another part of the building and Idaho State Police troopers told them to leave. When he refused to get out of his swivel chair, troopers rolled the chair out of the building and arrested him.

Von Schmidt, who also refused to leave the committee room, was arrested at the same time.

Bundy returned the next day, but was served with a no-trespassing notice as he was sitting in the Senate gallery. He again refused to leave, and was arrested a second time on trespassing and resisting arrest charges. Those charges were later dismissed.