'It’s a free country,' Gov. Little responds to McGeachin’s bid for his job

The governor also responded to criticism of his handling of the pandemic and closure of non-essential businesses during a taping for Viewpoint. 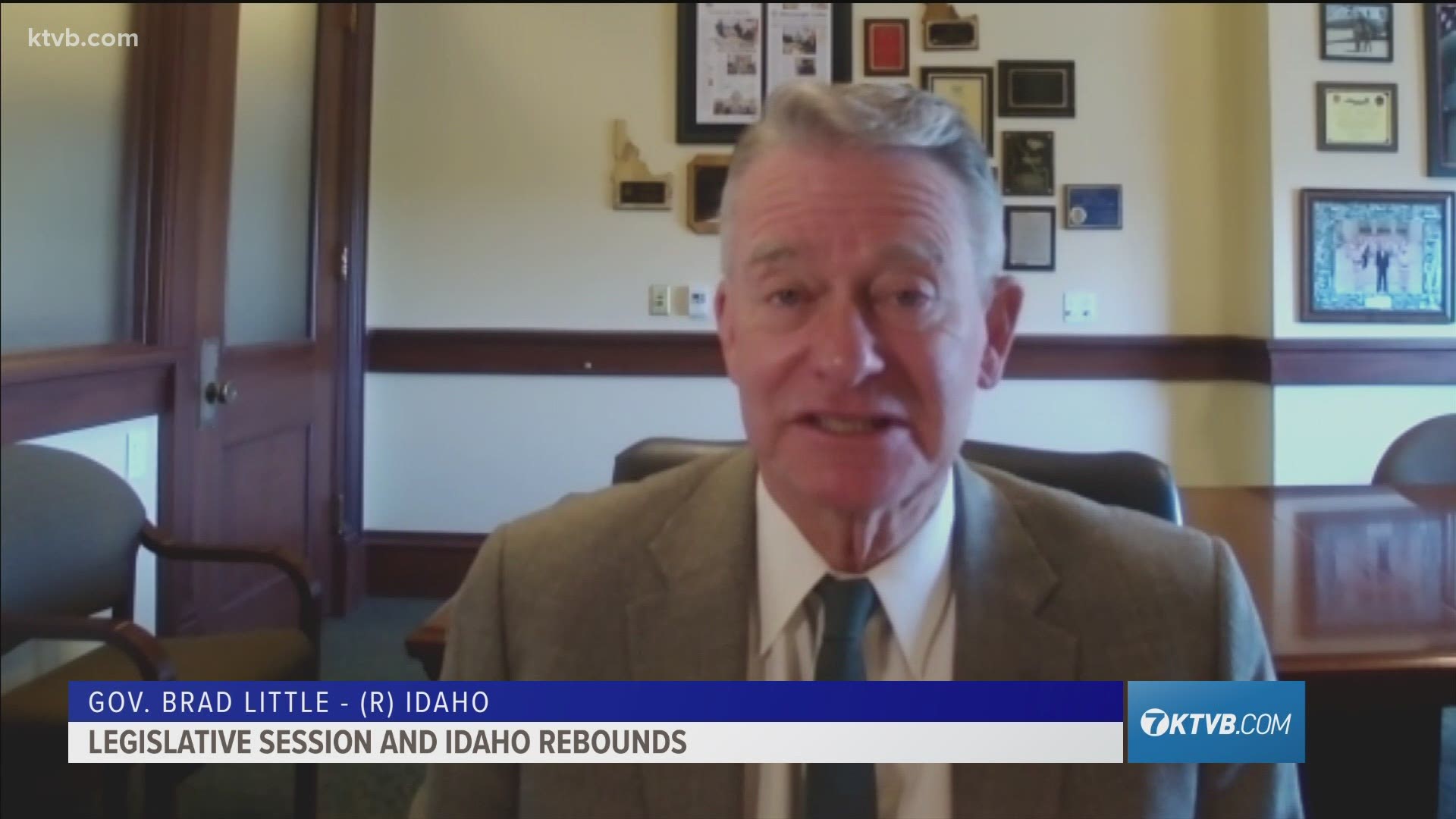 She made the announcement Wednesday.

If she were to win the primary and general election, she would be the first sitting lieutenant governor to unseat a sitting governor of the same party.

First of all, it's important to point out that the governor has not yet declared a bid for re-election.

When I asked him directly if he will run again, he declined to say either way.

McGeachin has been highly critical of the governor's response to the coronavirus pandemic, in particular, his stay-at-home order and closure of non-essential businesses.

Thursday morning, I asked him about her candidacy and criticism, their relationship and his future.

I started by asking what he thinks about her decision to run for governor.

Governor Brad Little: "Well, it's a free country, and Idaho always has a robust primary season. Now the landscape is starting to form, but I've been focused on the things that you just talked about, tax cuts, investments in infrastructure, getting our kids caught back up and our incredible prosperity that we have in Idaho right now.

Doug Petcash: Lt. Governor McGeachin has been highly critical of your response, the state's response to the pandemic, including the stay-at-home order and closure of non-essential businesses. How do you respond to those criticisms?

Gov. Little: I think I already have. Where we are today compared to where we were a year ago, obviously there were a lot of people that had to make some sacrifices to maintain the safety of the people of Idaho, particularly health-compromised and older people. Those are the choices that all 50 governors had to make.

Doug Petcash: We've reported that the two of you rarely talk. Does her announcement really change the dynamic of your relationship?

Gov. Little: Well, I saw her in Idaho Falls the day before yesterday at a groundbreaking for an auditorium district over there. She called yesterday. I missed the call. I texted her back. But we see each other at events, and my staff talks to her staff multiple times a week on updates on what's going on in Idaho.

Doug Petcash: The two of you still have a year and a half on your current terms. Can you work together when necessary?

Doug Petcash: Governor, I do need to ask at this point, are you running for re-election?

Gov. Little: It's going to be a shocker that I'm not going to tell you at this point in time. But we're looking outward more than just a few months. We're looking outward to continue my goal of making Idaho the best place for our kids to want to stay here, and I'm undaunted in trying to get that mission accomplished.

The governor says he already has a campaign organization in place as a sitting governor, but he really wants to focus on the work at hand.

So, expect an official announcement at a later date.

For this Sunday's Viewpoint, I also talked with him about the state's recovery from the pandemic in terms of the health of our people and economy, as well as the accomplishments and controversies that came out of this year's historically-long legislative session.

Viewpoint airs this Sunday morning at 6:30 on KTVB.