Some suggested Davidson’s attempt to influence a judge raised ethical concerns and may have violated state law. 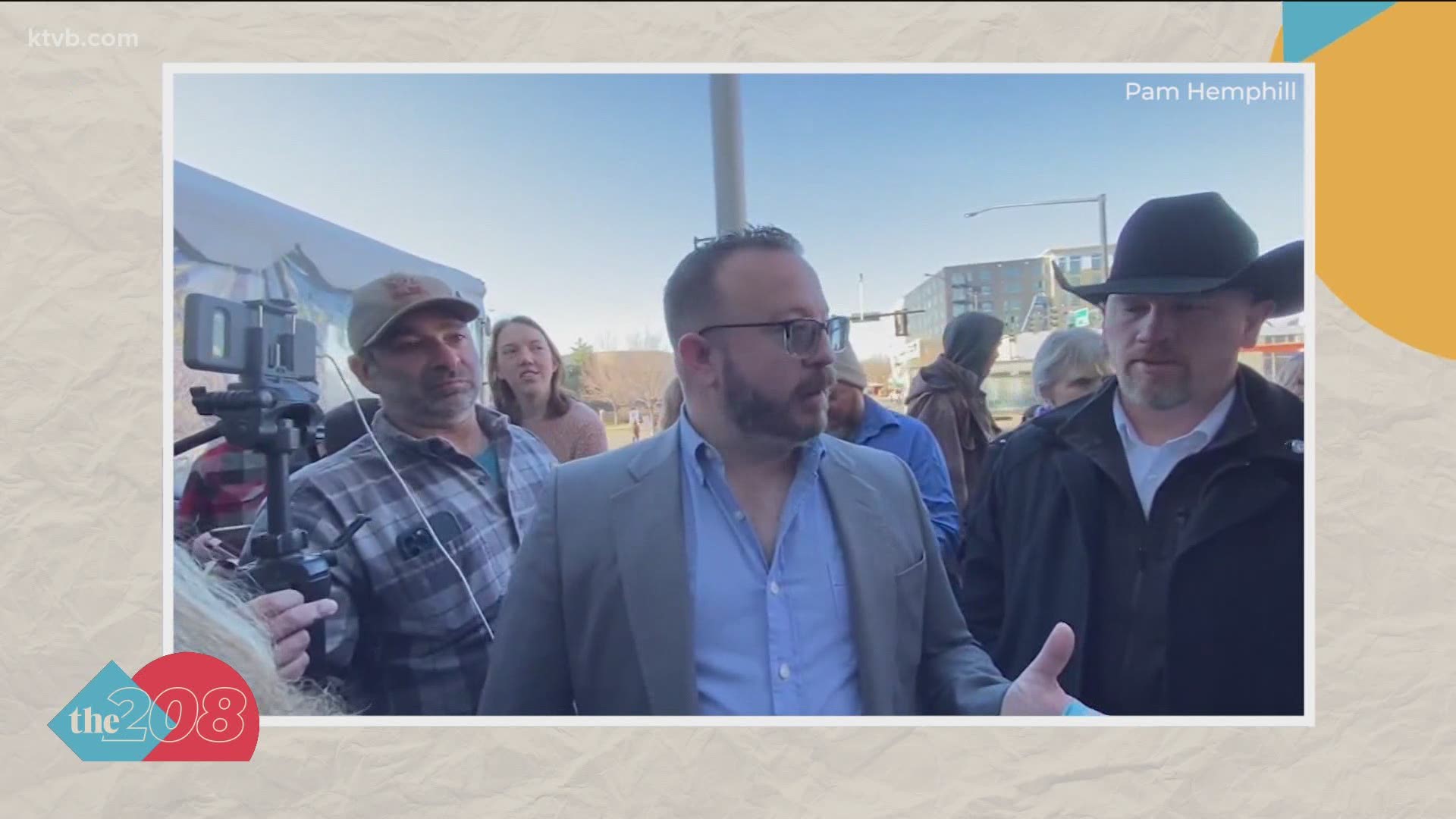 While the details of the investigation remain unknown, Davidson in March had a conversation with a judge, in which he requested that activist Ammon Bundy be granted access to the Ada County Courthouse despite Bundy flouting the courts’ COVID-19 safety protocols. Some suggested Davidson’s attempt to influence the judge raised ethical concerns and may have violated state law.

Last week, the Idaho Press submitted a public records request to Idaho Attorney General Lawrence Wasden’s office seeking copies of complaints against Davidson as well as any record of an investigation between March 1 and April 29.

On Monday, the Idaho Press received notice that the request was denied “because all of the records responsive to” the request “are part of a pending investigation.”

Davidson did not immediately respond to a request for comment.

On March 15, anti-mask activists Bundy and Aaron Von Schmidt — who were set to go on trial for charges of trespassing and resisting or obstructing officers in connection with a protest at the Idaho Statehouse last year — were barred entry from the Ada County Courthouse for refusing to wear required face masks. Magistrate Judge David Manweiler issued bench warrants for both men for failure to appear at the court proceeding, and they were later arrested.

RELATED: Commissioner Davidson faces legal questions about his talk with a judge about Ammon Bundy

Meanwhile, People’s Rights, a group Bundy formed last spring to oppose mandates such as mask requirements, had organized a protest at the courthouse, apparently anticipating the two men would not be allowed in the building.

During the protest, Davidson, a first-term Republican commissioner from Garden City, spoke with Bundy and other protesters, who asked the commissioner to get permission from the judge for them to enter the courthouse, according to a video published by KTVB. Davidson responded, “I can go talk to him, but I’m one of three commissioners,” then wondered aloud whether his “authority” would be recognized, to which Bundy responded “Not ‘ask’ them, demand.”

According to the KTVB video, Davidson returned to the protesters from inside the courthouse and said, “I asked the judge … if there was any way we could get anybody in and he said he had already ruled. That’s that, unfortunately. I tried to get him to reverse it.”

Manweiller has not responded to multiple phone calls seeking comment.

It’s unclear whether Davidson broke any laws, although some observers, including Rep. Greg Chaney, an attorney from Caldwell, have pointed to Idaho Statute 18-1353, suggesting it may apply. The code on “bribery and corruption” forbids officials from privately addressing “any public servant who has or will have an official discretion in a judicial or administrative proceeding” with “any representation, entreaty, argument or other communication with purpose to influence the outcome on the basis of considerations other than those authorized by law.”

The Idaho 97 Project, a privately funded advocacy group that formed in opposition to anti-mask advocates, in March filed a complaint with the Attorney General’s Office requesting Davidson be investigated for violating the bribery and corruption statute.

“When an elected official — a member of the county executive branch — attempts to curry favor with an officer of the judicial branch, on behalf of a criminal defendant who refuses to follow public health requirements and court rules established by the Idaho Supreme Court, that gives rise to concerns of corruption and Attorney General Lawrence Wasden should investigate,” stated Mike Satz, licensed attorney and executive director of The Idaho 97 Project.