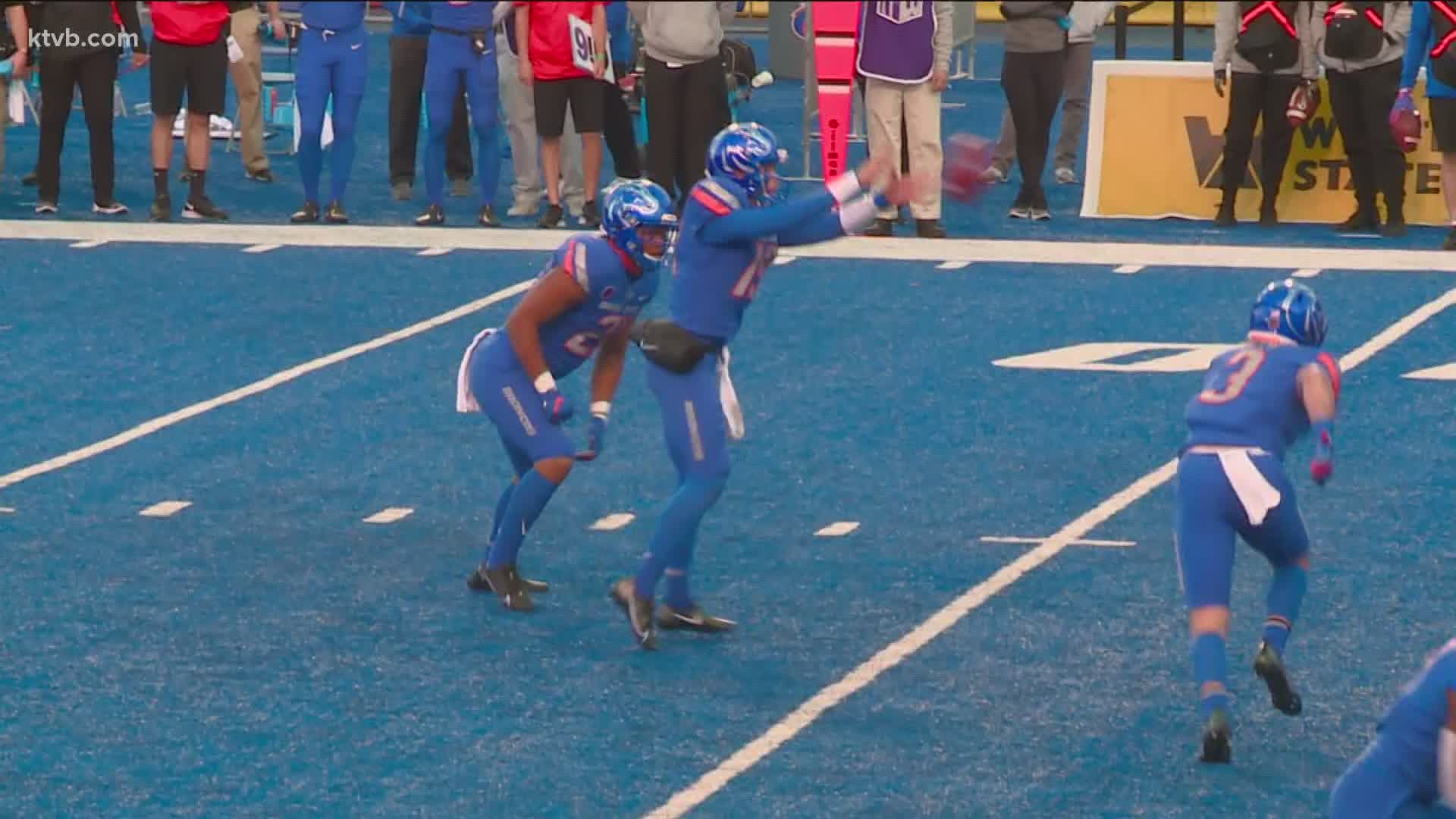 BOISE, Idaho — Boise State head football coach Bryan Harsin says his team should be prepared to "expect the unexpected" when the Broncos hit the road and travel to Colorado Springs to play Air Force this Saturday.

The Broncos kicked off their season on the blue turf Saturday night with a resounding 42-13 win over the Utah State Aggies. It was the Mountain West Conference opener for each team.

Air Force started conference play in San Jose last Saturday and fell to the Spartans 17-6. Their usually high-powered triple-option running game was held in check. The Falcons are 1-1 on the season, having beaten Navy 40-7 back on Oct. 3.

During Monday's press conference, Harsin said the Broncos will have to play their best football in Falcon Stadium, not an easy place to play.

"Air Force is always a problem up front. You know, they move, they do different things. We've got to be able to keep those guys covered in order to run the ball," Harsin said.

No fans were allowed in Albertsons Stadium for the season opener. That will be different this week as cadets should provide some noise for the home team Falcons.

Harsin says he welcomes playing in front of people again.

"People in the stands, I think it's going to be great," Harsin said. "When there's more people there it's better."

The latest AP football poll has Boise State ranked number 25 in the nation. This marks the 19th consecutive year the Broncos have been in the top 25.

"That's where we want to be," Harsin said. "You always want to be one of the better teams in the country."