Boise State football: The Bach is back

Hank Bachmeier was one energized guy Saturday night in Albertsons Stadium. It took some doing in front of nothing but cardboard cutouts, but he was on his game. 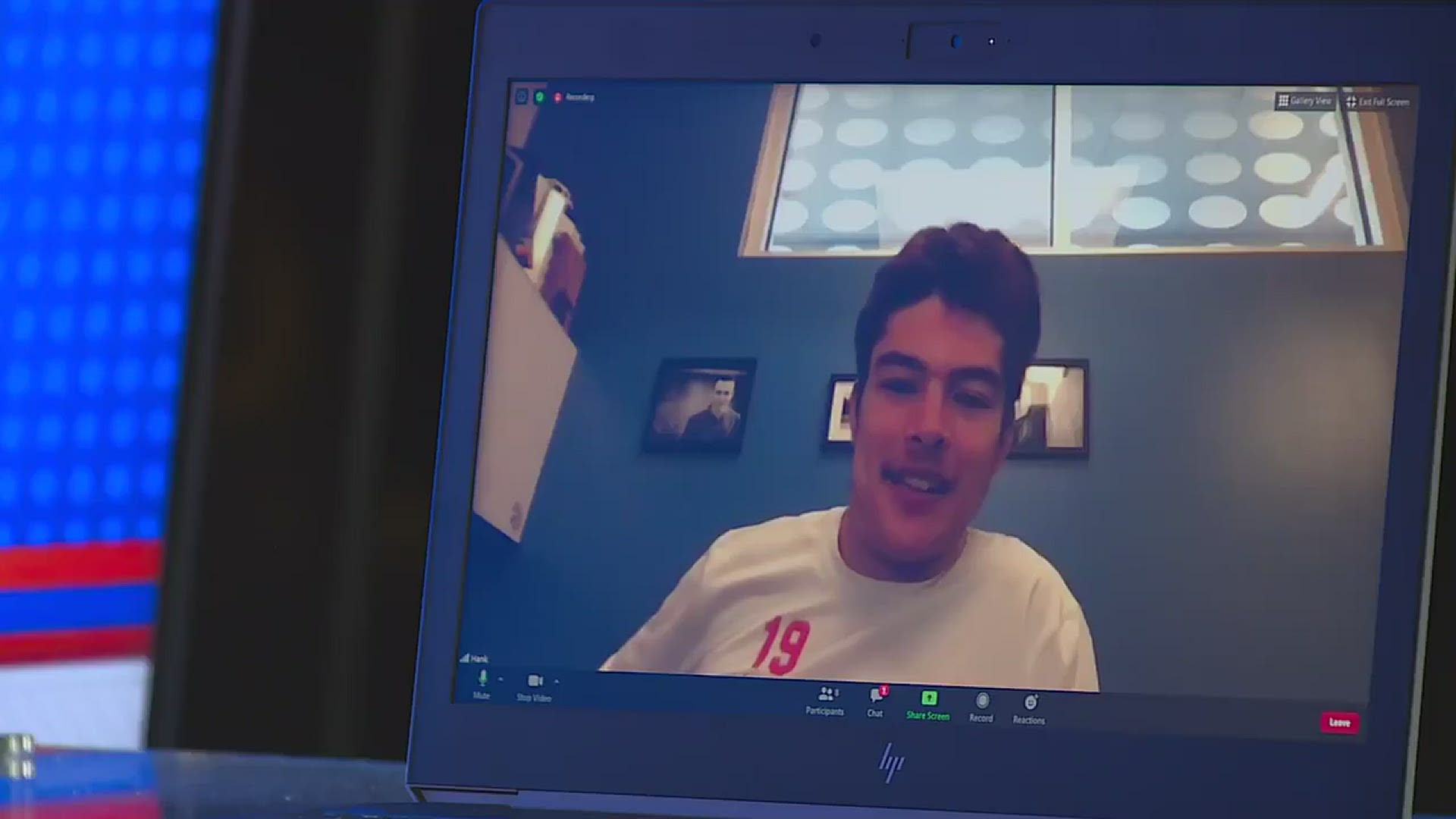 Late October normally means midseason for Boise State football. Instead, Saturday night marked the season opener for the Broncos. But they looked to be in midseason form in a 42-13 rout of Utah State in empty Albertsons Stadium. It started with quarterback Hank Bachmeier, who put the nightmarish Las Vegas Bowl behind him by passing for 268 yards and three touchdowns with out an interception, completing 71 percent of his throws (including his first seven). Remember those numbers against Washington? Bachmeier threw for 119 yards with two picks. Bachmeier did take some hits, but they weren’t egregious ones like last year. And, by jove, he did slide a couple of times while scrambling. His favorite target, of course: Khalil Shakir, who had seven catches for a career-high 123 yards and two TDs.

HOLANI RIGHT ON THE BUTTON

We had already done the math. If Boise State plays 10 games this season, its leading rusher (presumably George Holani) would have to average 100 yards per game for the Broncos’ 11-year streak of 1,000-yard rushers to be extended. So against Utah State, Holani went out and rushed for exactly 100 yards. Uncanny. The thing to remember, though, is that he did it on just 14 carries, averaging 7.1 yards per tote. Holani’s best run of the night actually came on a reception, as he wove through and bounced off bewildered Aggies defenders for a 17-yard touchdown. I’d rate his 34-yard run in the fourth quarter a close second.

The box score from the Utah State game doesn’t do the Boise State defense justice, outside of the big picture: the Aggies gained only 45 yards in the first half and 203 for the game. The Broncos had three sacks, but they were harassing USU quarterback Jason Shelley all night. Demitri Washington made five tackles and went sackless, but two of Boise State’s sacks came from newcomers on the defensive line: Long Beach City College transfers (and backups) Shane Irwin and Divine Obichere. The Broncos gathered in just one interception, but the secondary was glued to Utah State’s receivers while holding the visitors to 92 yards through the air. That’s something on the heels of the Jordan Love era.

We saw Joel Velazquez’s 2019 season on steroids Saturday night. The peaks were higher and the valleys were lower as consistency continues to elude the senior punter. In the second half, Velazquez uncorked a 71-yard punt, the longest by a Bronco since a 72-yarder by Kyle Brotzman at Hawaii exactly 11 years earlier.

Then Velazquez mishit a line drive into the backside of up-man John Bates, and it careened backward 38 yards. There’s not a Boise State record for shortest punt, but I’d challenge anybody to find one worse than -38 yards. It cost the Broncos points, as Utah State needed only six plays and 21 yards to get into the end zone and shrink the score to 28-13. Combine those two boots with ones of 28 and 48 yards in the first half, and Velazquez averaged 27.2 yards per punt.

It was odd that Boise State had no votes in the AP Poll—not a one—leading into the opener against Utah State when a slew of other 0-0 teams not only received votes but were in the top 25. That script flipped after the rout of the Aggies, and the Broncos went from nowhere to No. 25 Sunday in AP. So consequently, the Broncos go from virtually no exposure at all to the bottom line scroll on all the sports networks this week. As far as the Group of 5 race goes, four teams are ahead of Boise State, but only one is in the stratosphere: Cincinnati at No.7. Marshall, Coastal Carolina and SMU are Nos. 19, 20 and 22, respectively. Meanwhile, BYU is No. 11 after overwhelming outmatched Texas State 52-14.

TWO CONTENDERS IN A HOLE

Remember the preseason Mountain West poll three months ago? Right behind Boise State in the Mountain Division were Wyoming and Air Force. But, in the case of the Falcons, that was before they had about 40 “turnbacks,” cadets who elected to sit out this semester without penalty (mainly due to COVID-19 concerns). Then the coronavirus struck again, forcing three starters, including two offensive linemen, to stay home from Air Force’s game at San Jose State Saturday night. Plus, star tailback Kaden Remsburg went out with an injury in the first quarter. The result? A 17-6 upset loss to the Spartans, with Boise State coming to town this week.

Wyoming met with misfortune as well, losing quarterback Sean Chambers on its first quarter and falling behind Nevada 28-6 late in the third in Reno. The Cowboys rallied nevertheless, tying the game twice, the second time on a field goal with 23 seconds left. But the Wolf Pack won 37-34 in overtime. Chambers was on crutches in a big knee brace the remainder of the game.

TAYLOR MAKES A CASE TO STICK

The star performer of the day among former Boise State Broncos in the NFL was Jamar Taylor of San Francisco. Taylor had the first two-interception day of his career as the 49ers romped over New England 33-6 Sunday in Foxboro. In fact, the two picks of Cam Newton were his first since 2016, when he collected all three of his previous career interceptions while playing for Cleveland. After being cut at the end of training camp, Taylor was re-signed to the Niners practice October 2 and promoted to the active roster on October 3. He’s looking like a keeper right now.

The American League beats the National League to expansion, agreeing to add teams from Washington, DC, and Los Angeles for the 1961 season. For the first time, the major leagues would have more than 16 teams when the newly-created Senators and the Los Angeles Angels began play. The existing Washington Senators had already announced a move to Minneapolis, where they would become the Minnesota Twins. The new Senators are now known as the Texas Rangers.