Thanks to life-sized cutouts, Boise State fans from across the country can be at the Blue this season

One Boise State alum recently moved to Washington and said he bought a cutout because it was the least he could do to help the athletic program. 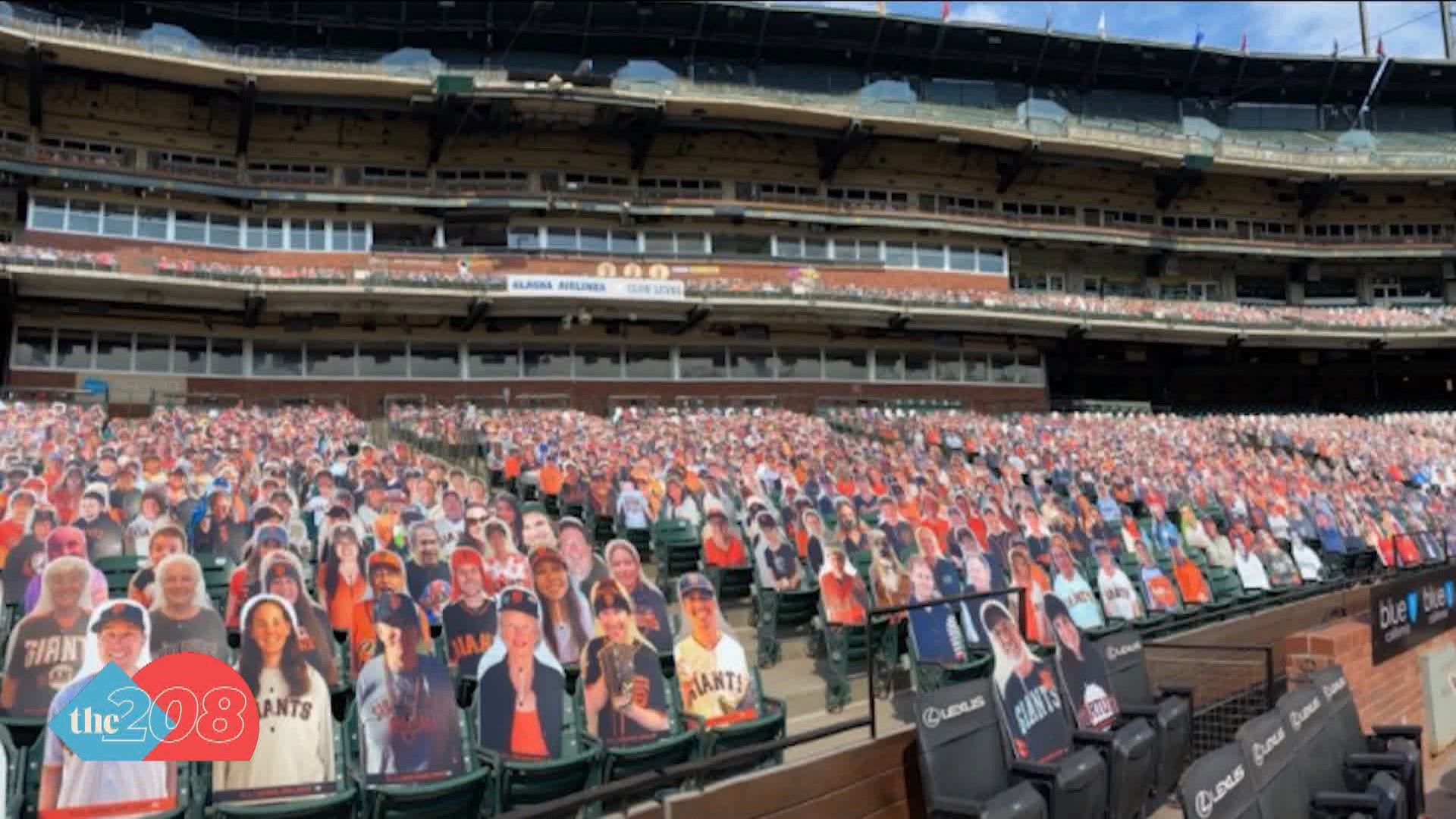 BOISE, Idaho — Boise State staff on Thursday began the process of putting hundreds of fans in their permanent seats for the shortened 2020 season.

Thankfully those fans just came in the form of coroplast cutouts.

In early October, Boise State announced no fans would be allowed inside Albertsons Stadium this fall because of COVID-19 public health concerns. So the university is teaming up with AAA Flag & Banner Manufacturing to get two-dimensional faces into seats.

AAA has been working most of the year with collegiate and professional teams, specifically those which have had their stadiums and arenas closed to the public. That idea took off, ultimately quintupling their plastic production.

So far, football programs at colleges like UCLA, Louisiana State University, and the University of Arkansas have given fans the opportunity to sit in stadiums - via their virtual doppelgangers. Some professional sports are also working AAA, including the San Fransisco Giants and Oakland Athletics of the MLB.

Boise State says they will have about 750 cutouts in the stands for the Broncos' home opener against Utah State on Saturday, including one of Raj Prabhala.

A 2012 graduate of Boise State, Prabhala has been a season ticket holder for several years. With the uncertainty of COVID-19, he decided to donate his season tickets prior to the season being shortened.

"I'll just watch the game and hopefully I'll pop up for a second or two, or better yet, hopefully, I can see a couple of other people I know," Prabhala said. "That's going to be kind of fun it's a little fun thing."

Prabhala, who now lives in the state of Washington, said spending $50 to be in the stands was the least he could do.

"I don't have enough money to put my name on a building, but this is a nice way where I can support the team," Prabhala said. "It's really important to me to let coach Harsin know and the student-athletes know that we are there for them."

The cost is $50 per cutout, which you can take home at the end of the season. The money raised will go towards helping Boise State student-athletes. So far, the university says they have raised more than $17,000 for the 'Elevate the Blue' initiative.