Both counties' election clerks said the August election was a good indicator of what to expect for the general election in November. 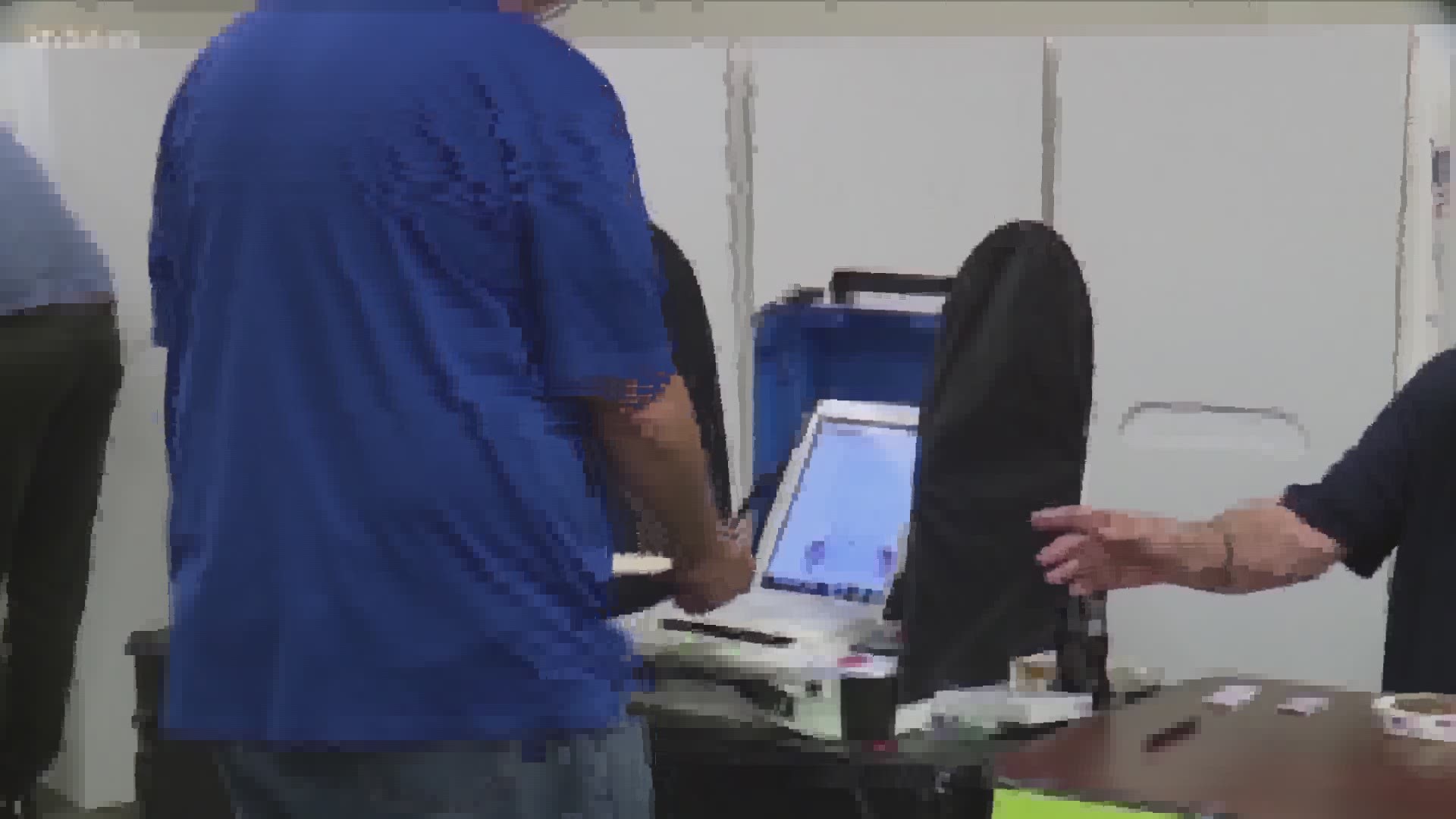 BOISE, Idaho — The presidential election is less than 70 days away and many Idahoans are wondering how voting will look in November amid the ongoing COVID-19 pandemic.

County clerks across the state are already gearing up for a huge turnout and many looked to the August election as an example of what may be on the horizon come November 3.

Ada County Clerk Phil McGrane said he believes some voting behaviors they saw in August are a good indicator of what to expect.

August elections typically see a much smaller turnout than general elections or primaries. Ada County had just one item on the ballot, while Canyon County had two.

Though the ballot wasn't long, McGrane said they still had just higher than 28% total turnout, which is near-record participation for an August election.

“I think there’s just so much heightened interest in people’s interest to express themselves, especially when it relates to government," McGrane said.

Canyon County also saw above-average turnout. County Clerk Chris Yamamoto said, on average, turnout for an August election would normally be between 16% and 24%.

The county saw a nearly even divide between the number of ballots cast by mail versus those cast in person.

Ada County, on the other hand, saw significantly more votes come in by mail.

“Just over 30,000 voters mailed in their ballots," McGrane said. "And then at the polls – we had 70 polling locations open yesterday – but we only had 5,500 people actually vote in person. So there’s a big contrast between that 30,000 by mail and the 5,500 in person, which normally these two should be flipped. It should be the other way around.”

Both McGrane and Yamamoto said Tuesday's election tells them they need to be prepared to handle high numbers of mail-in ballots in November.

“This is a big shift for us this year and we’re actually putting new equipment in place to be able to process absentee ballots to make sure we can handle them quickly," McGrane said.

Yamamoto said, given how many people still wanted to vote in person, another challenge come November will be finding enough safe polling locations and also enough staff to man them.

"It's going to be a tough election," he added.

August was also the first election in which Ada County was able to roll out its new electronic polling books.

That allows poll workers to scan a voter's driver's license and quickly access their voter information, speeding up the process and keeping voting lines shorter. McGrane believes the electronic books will be an asset for the presidential election.

The Idaho Legislature is currently holding a special session to address some of the concerns and policies for the November election due to COVID-19.

On Wednesday, two bills were advanced to Gov. Brad Little's desk. One bill, if signed into law, would allow county clerks more time to process mail-in ballots. The other would guarantee that in-person voting will still be available for Idahoans, regardless of emergency declarations or disasters.

The governor will have five days to either sign or veto the bills.