The president-elect of the Idaho School Board Association told KTVB that McGeachin's task force to investigate "the scourge of critical race theory" felt political. 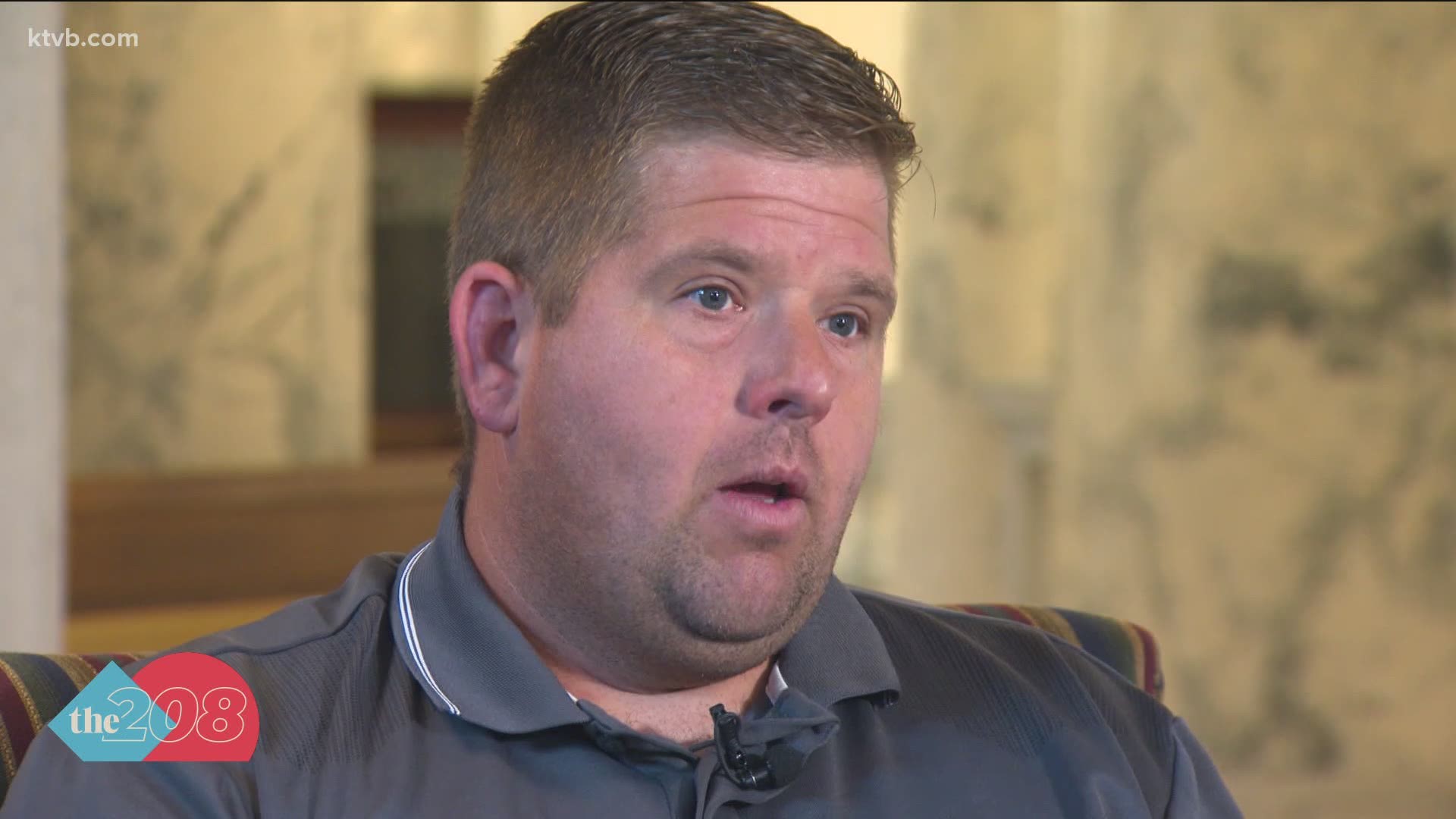 BOISE, Idaho — The president-elect of the Idaho School Board Association resigned from Lieutenant Governor Janice McGeachin's education task force a week after its first meeting, citing how the task force failed to define critical race theory before searching for cases of it in Idaho's schools.

McGeachin, who announced her candidacy for Idaho governor a month after forming the task force, created it "to protect our young people from the scourge of critical race theory, socialism, communism, and Marxism."

However, during the task force's first meeting, Jason Knopp said members were asked to write down what they thought critical race theory but the group failed to define what it actually was, which even school board superintendent candidates struggled to define.

Knopp, who is the president-elect of the ISBA, told The 208 that he reached out to numerous school board trustees about if they knew of critical race theory being taught in their schools. None of them thought it was happening in their schools.

After speaking with trustees, he decided that the ISBA should be a part of McGeachin's task force and submitted his name. Knopp was asked a few questions before he was officially invited to the task force, most centering on what he thought the group's goals should be.

"And I said well, 'If I was putting the committee together I would first want to define critical race theory because if you asked ten people, you're going to get six or seven different answers right now,'" he explained. "I would define it, and then I would take that definition and I would compare it to Idaho core standards and see if it fits within 'em or if it doesn't and if it fits within Idaho core standards, there's nothing left to do."

One of Knopp's first concerns that came up when he received the agenda for the task force's first meeting was the lack of education leaders.

Knopp told The 208 that "it felt very political. It felt very much like a platform for a political campaign."

Another issue that led to Knopp resigning from the task force was that they failed to define critical race theory before investigating Idaho schools.

"I had pause when we left that and as a committee hadn't defined it," he said. "We hadn't compared it to core standards and we were going into another meeting and we were supposed to start investigating K-12 education without defining it. 'Yeah, what are we investigating?' is what I kept telling myself."

Knopp said, "I hope they bring some curriculum in, but unfortunately, we still don't know what are we basing it off of. What is the definition? Does it meet our state standards? That hasn't been established. Without that being established, I don't know what they are doing."

Three days later, Ryan Spoon, a member of the task force, sent an email to the group's members suggesting that they don't include Rep. Priscilla Giddings or Lt. Gov. McGeachin in their emails out of fears that they would become public record and could be requested by a citizen.

An attempt to limit transparency wasn't what Knopp signed up for.

"School boards, we're 100% transparent in everything we do, our budgets are on the websites, our meetings are open," he said, "and so that was kind of the final straw for me. This is not representative of what ISBA stands for, the standards and the values that we have as an organization."

The 208 reached out to McGeachin on Wednesday about the transparency issue and Knopp's resignation, she said, "It is disappointing to learn that the organization no longer wants to have a seat at the table."

The next meeting for McGeachin's task force is on June 24.

Sherri Ybarra, Idaho's education superintendent, told KTVB that no evidence of "indoctrination" in Idaho schools has been found.

"I have seen no examples of indoctrination or politically motivated teaching, and no teacher should have to worry about their paycheck while this is being debated, though. But the Legislature is a political body, and they do have to take these matters up," she said.

She added that "political agendas have no place in our schools."