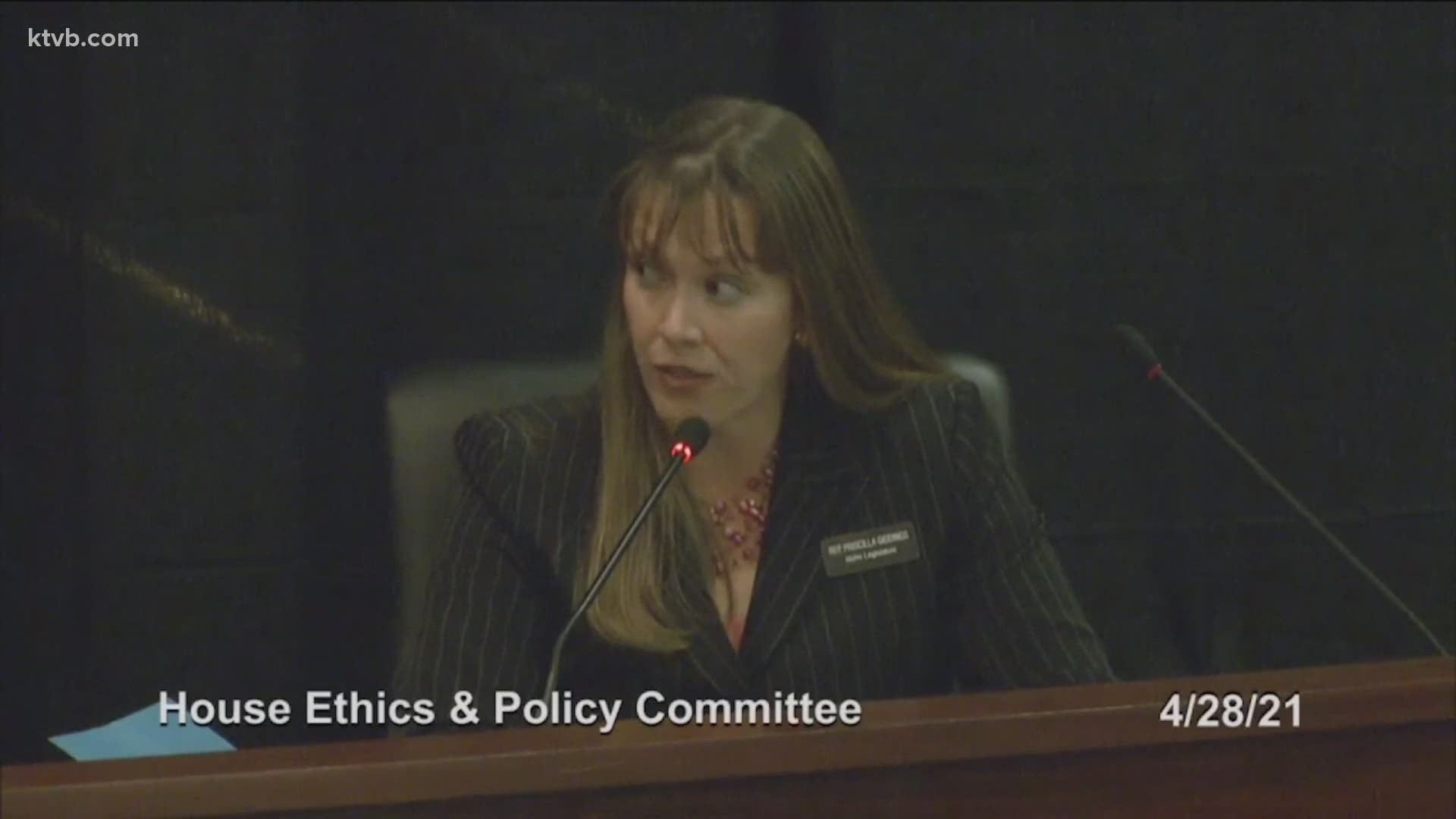 BOISE, Idaho — Idaho State Representative Priscilla Giddings, who revealed the identity of a student statehouse staffer who accused another lawmaker of rape, is now running for the second-highest elected position in the Gem State.

The third-term state lawmaker made her announcement on Friday and said she is running "because Idaho deserves to be represented by a proven conservative."

In her announcement, Giddings touted "a 100% conservative score from the Idaho Freedom Foundation," a conservative policy group, and her work in the last legislative session.

"Idahoans know what they'll get with me, I have the record to prove it," she said.

During the 2021 legislative session, the Republican from White Bird voted against allowing the state to use $6 million in federal grants for early childhood education, which would have made it more accessible and available for Idahoans.

Giddings voted against the bill, saying, "You're voting for social justice ideology to be given through grant money to our little ones."

In order to protect the woman's identity, lawmakers allowed her to testify behind a curtain so her face would not have to be publicly revealed. During the hearings, she was simply referred to as Jane Doe.

Now, The Idaho 97 Project is campaigning state lawmakers to launch an ethics investigation into Giddings' actions.

“She shared a Redoubt article with both a picture and the name of the survivor in this case,” Executive Director Mike Satz said. “This is about decent behavior, this is about decency that we should all expect from all of our leaders. That’s all it’s about.”

On her Facebook post, Giddings also included the caption “Follow the money! Idaho’s very own Kavanaugh.” Critics felt that is a clear effort to turn a rape allegation into a political game.

Von Ehlinger has since resigned. Boise police are continuing to investigate the matter.

"Idaho's next lieutenant governor needs to have a solid record of conservative leadership to effectively combat our state's move away from our constitution and our conservative values," Giddings added in her announcement.