Boise State's newest offensive and defensive coordinators spoke publicly for the first time on Wednesday during a press conference. 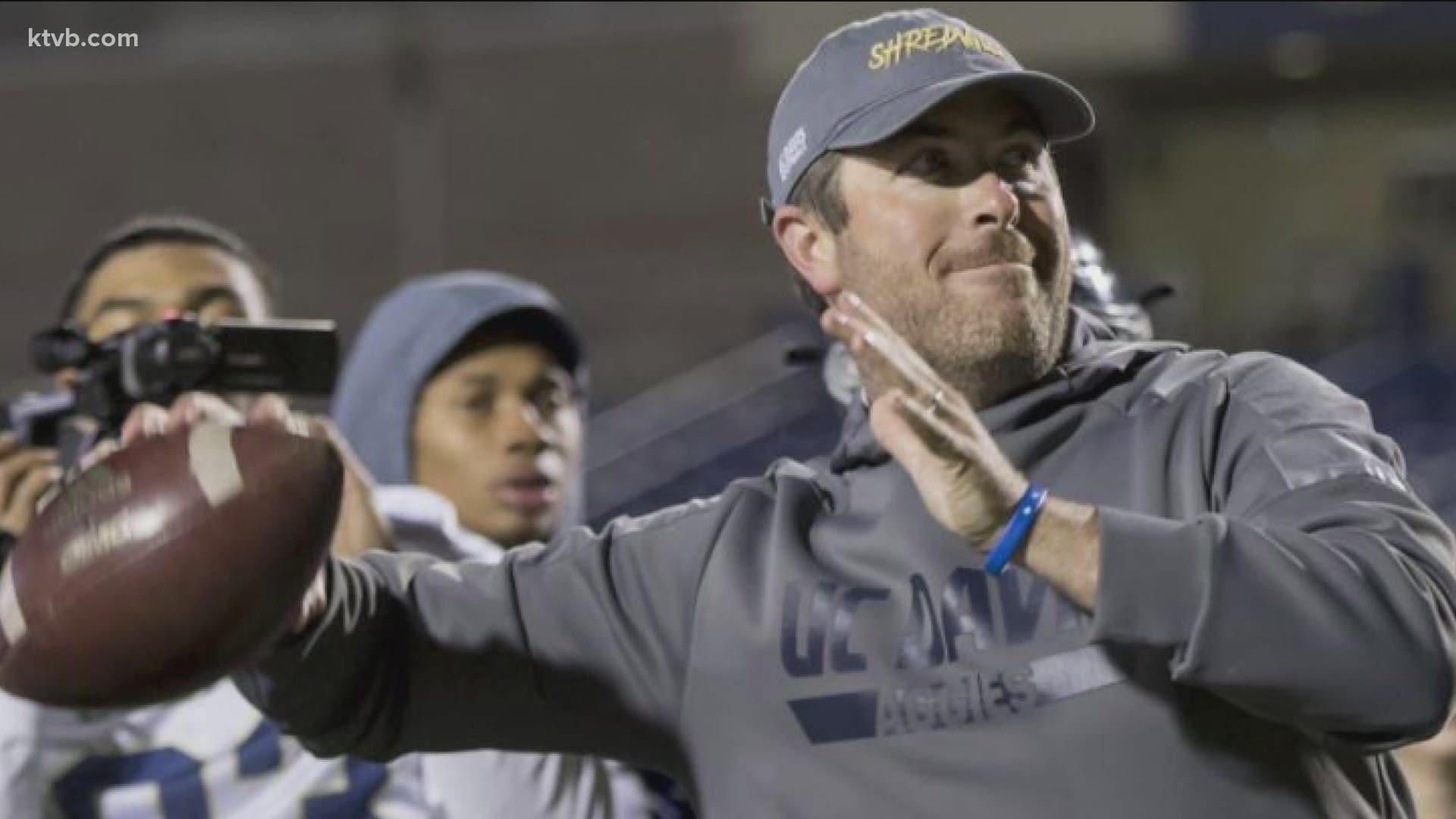 BOISE, Idaho — It took 18 days for Boise State University to find former football coach Bryan Harsin's replacement after he left for Auburn, but it has only taken a few days for new head coach Andy Avalos to assemble his coaching staff.

After being formally announced as the 11th head coach in Boise State football program history and first Latino head coach for the Broncos on Sunday, Avalos wasted little time putting together his coaching staff.

Danielson emphasized that he wants his defense to be "relentless," first and foremost.

"I want when you guys are watching hopefully in the stands, or wherever we're at. It looks like we got 30 football players on defense, where they're just absolutely relentless. And there's tons of things that go with that I completely understand it, but from the top down from our mentality we're going to be relentless," he explained.

After Harsin left to coach the Auburn Tigers, Danielson was named the interim head coach, something that Danielson wanted to be a part of from start to finish. Danielson confirmed during the press conference that Harsin offered him a position at Auburn, but he declined to stay in Boise.

"I felt at peace with finishing the interim head coach, trying to stay at Boise State to see whatever that looked like. And so at that point, that's why I turned [it] down," he said.

Spencer Danielson has been on the Broncos' coaching staff since 2017 when he joined as a graduate assistant and coached the defensive line. The 32-year-old has coached linebackers for the last two seasons.

He added that he knows the expectations and responsibilities of the position but this has been a dream of his.

"I am so humbled by this opportunity. I mean, I am so humbled by it. I am so thankful for it. I'm so blessed for like it's something that I've prayed for and really obviously wanted [it], you know. It's been a legitimate dream of mine to be in the seat that I'm in now," he said.

"We're not gonna wait for the defense to show us something we're going to attack the defense and make them react to us. And I hope that breeds confidence and our guys, hope that's exciting football for everyone to watch. So the first thing I'd say is we're going to be aggressive," he said. "Be attack-minded."

Plough was UC Davis' offensive coordinator for the last four years, and his offense has been nothing short of prolific.

For the expectations that he'll face now that he is on the Broncos' coaching staff, Plough said he has a method of handling the pressure.

"The expectations are high, I've had a saying for a long time like, 'Hey, we're not even gonna look at the scoreboard until we have half 100.' Right, like #half100, and I've had some, some fans already telling me like #half100 may not be enough, you know, like they expect more than half 100," he quipped.

Plough said Wednesday that he passed on FCS head coaching positions and FBS coordinator positions since he was planning on staying at UC Davis and become its head coach down the line saying it "was gonna take something fantastic to get me out of that situation."

Avalos was the Broncos' defensive coordinator for five years before going to Oregon for the same position for the last two years. This is the 39-year-old's first head coach position.

"This is a dream come true, and a very humbling opportunity for myself and my family to be back on this program," Avalos said in the university's announcement. "I'm excited to get back around the players I have missed the last two years, and to provide an elite experience for all the young men in the Boise State football program."

Editor's Note: This is a developing story and this article will be updated. Check back for updates.