After what felt like a lifetime, Boise State finally has a new head coach. 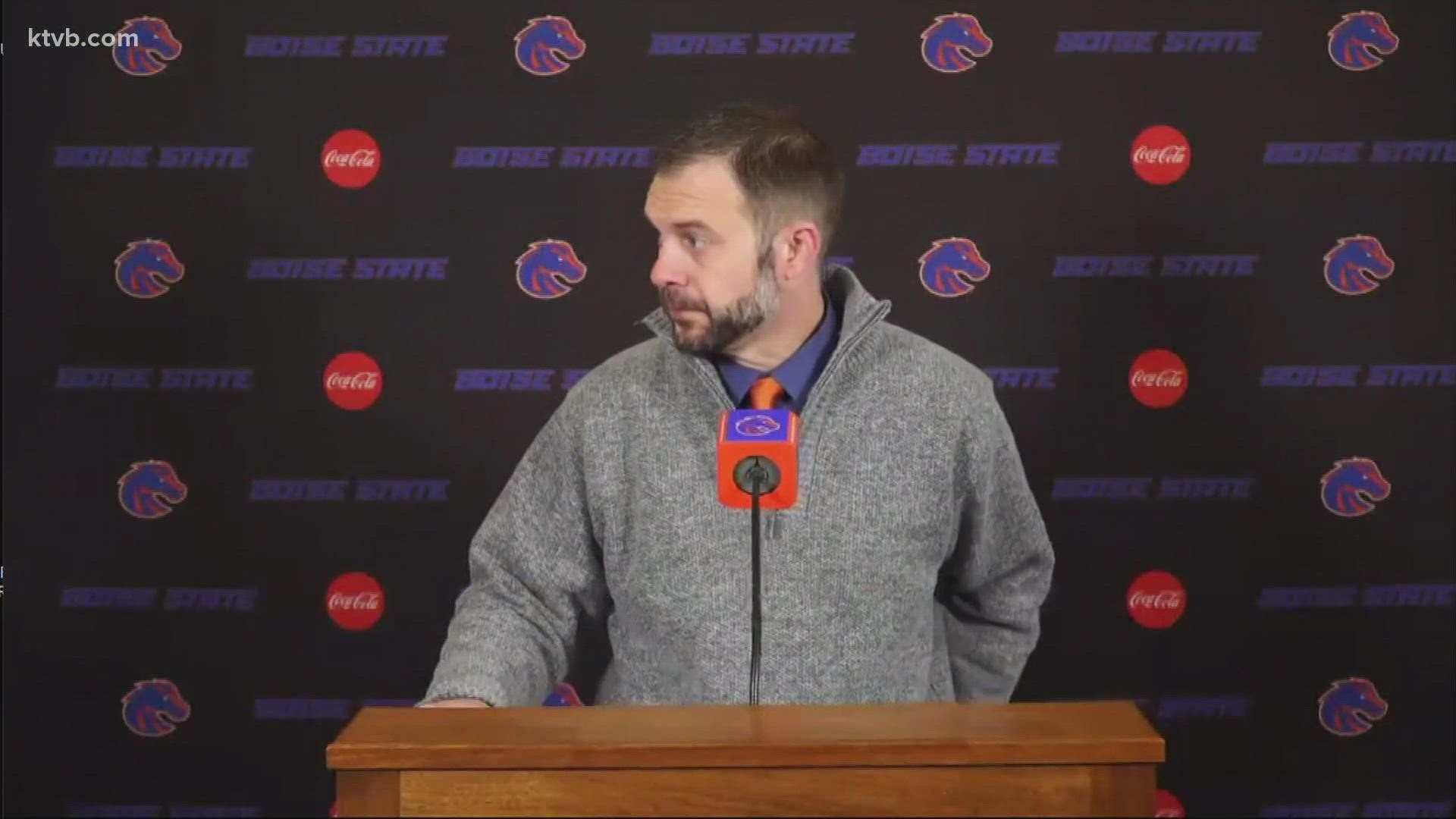 Boise State formally introduced Avalos as the Broncos' new head coach during a press conference at noon on Sunday.

For the last two seasons, Avalos has helped lead the Oregon Duck's turnaround. The Ducks won back-to-back PAC-12 Conference Championships, thanks in large part to Avalos improving the defense's play.

Before joining the Ducks' staff in early 2019, Avalos was Boise State's defensive coordinator and coached defensive line and linebackers before.

"This is a dream come true, and a very humbling opportunity for myself and my family to be back on this program," Avalos said in the university's announcement. "I'm excited to get back around the players I have missed the last two years, and to provide an elite experience for all the young men in the Boise State football program."

Boise State took 18 days to find Bryan Harsin's replacement but Avalos was quickly one of the top candidates when Harsin left the Broncos to become the 28th head coach of the Auburn Tigers.

This is Avalos' first head coach position and the third FBS school he has worked at. He worked under former-Boise State coach Dan Hawkins at Colorado from 2006-2008 before working at Sacramento State in 2011 and Nebraska-Kearney in 2009-2010.

He will also be working with a growing assistant coach salary pool, which will start at $2.1 and will increase by $50,000 every season, much like his own contract.

Boise State President Dr. Marlene Tromp and new Boise State athletic director Jeramiah Dickey will likely introduce Avalos before he makes his opening remarks as head coach and will answer some questions from the news media.

"I am elated to bring Andy Avalos back to Boise State, where he belongs,"  Dickey said in a statement. "We did our due diligence with this search in a very short period of time, and this was a national search, not just something we were looking at keeping within the family."

"Andy Avalos embodies all that we could ask for in a football coach — confident, as well as hungry to learn more; a blue collar worker, as well as an innovator; fiercely competitive, as well as fully invested in the development of young athletes as men of character, integrity and compassion," Dr. Tromp said.

You can watch the press conference live on KTVB.COM or on the KTVB YouTube channel.

You can get caught up with all of the live tweets from the KTVB sports team during the press conference: