Borah's Nathan Green commits to the University of Washington

The three-time Idaho Gatorade runner of the Year had heavy interest from several schools, including former national champions Northern Arizona. 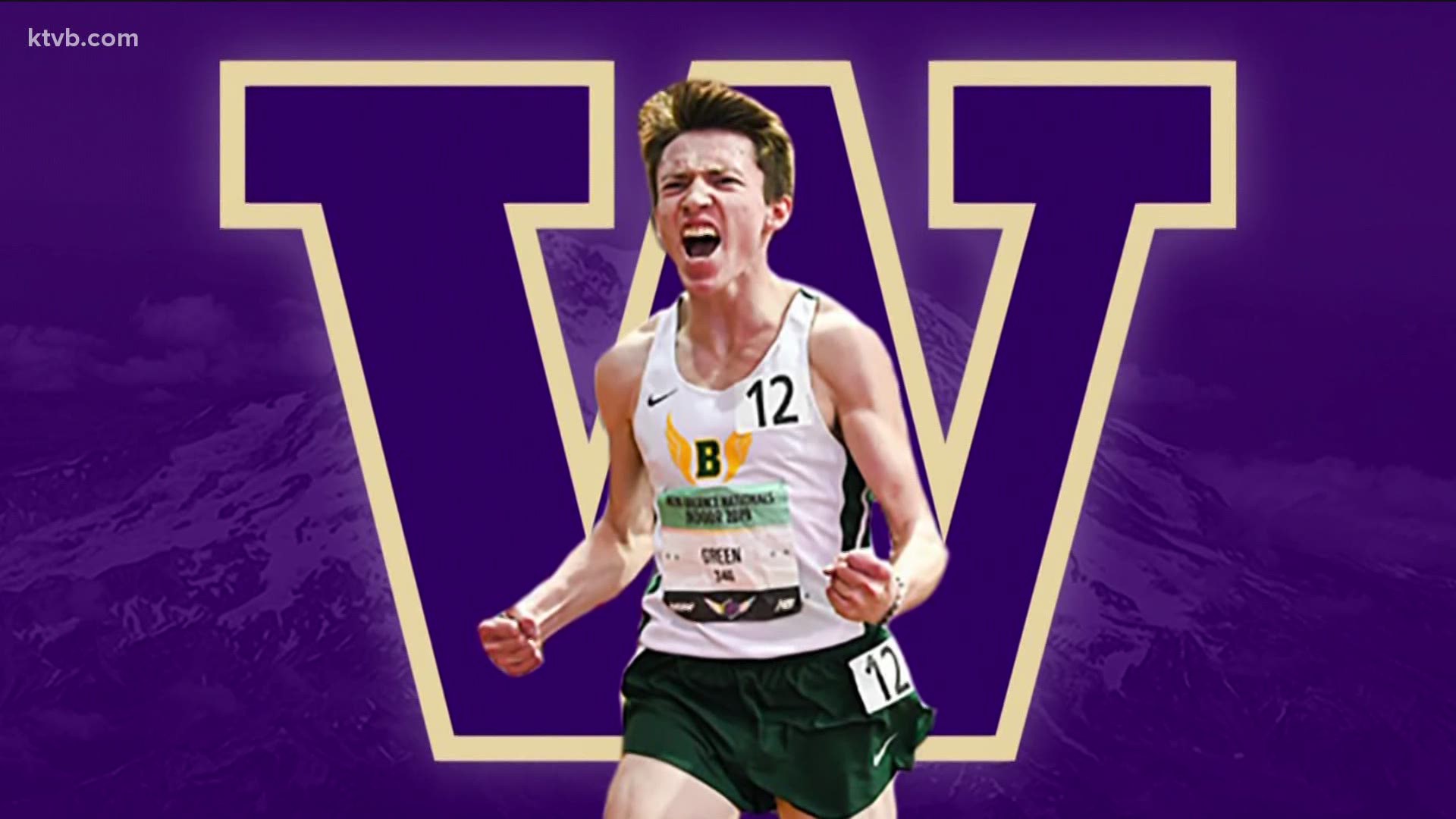 BOISE, Idaho — Nathan Green, Idaho's three-time Gatorade Runner of the Year, twice in cross country and once in track, has decided to take his talents to the PAC-12 at the University of Washington beginning next fall.

Despite heavy interest from his hometown Boise State, the Borah High senior decided to become a Husky, after considering offers from Boise State, Northern Arizona and Oklahoma State.

"It actually was pretty tough, it came down to 'where to I belong and where do I feel most comfortable?'" Green said. "Going all the way out to Oklahoma is a little far, and it's nice to stay in the northwest. The University of Washington, Seattle, and that area, I have a lot of family there and it just kind of all came together."

Borah High, which is just a few miles from Boise State

"I wanted to stay so bad. I love Boise State. I love the program and I love the thought of staying in Idaho. Let's be honest, what would be greater than growing up here, running here, building a career here, and then finishing my career here? I don't think I could have pictured it better," Green said. "It just came down to who wanted me more and I felt like (UW head coach) Andy Powell and the UW coaching staff wanted me more."

For now, Green says he has unfinished business here in the Gem State.

"Try to PR and get the state title. Hopefully get the Gatorade Player of the Year," he said. "I want to break four [minutes] in the mile so bad, that's my end goal. I want that to be one of the things I can leave Idaho with."