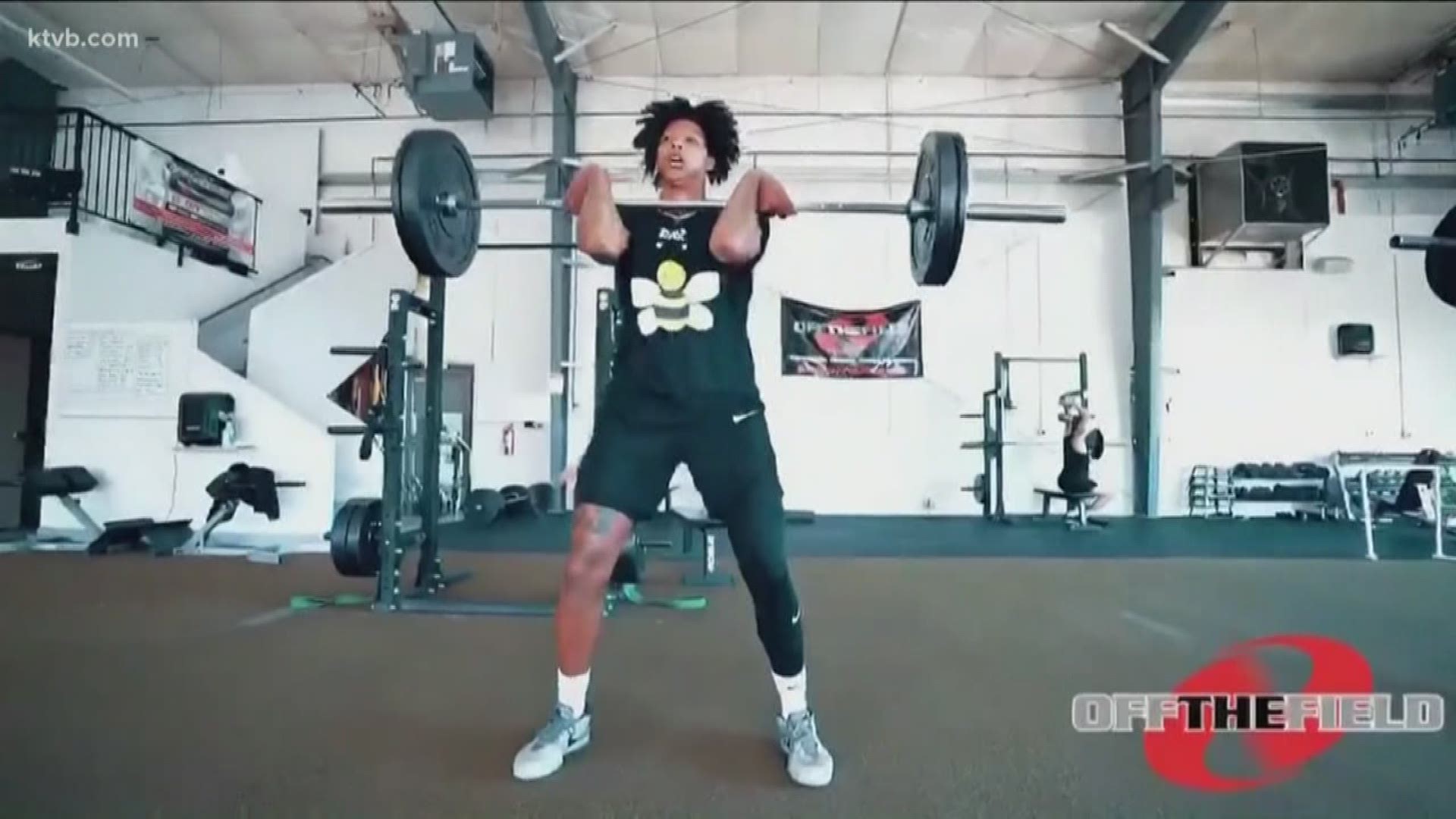 BOISE, Idaho — Growing up, Boise-native Taylor Bateman was a three-sport athlete while at Mountain View High School. Following a few years of playing college ball, he went from chasing his own dreams to helping other local athletes achieve their own.

Seven years ago, Taylor opened up a training center called Off The Field, and the results he has achieved with the athletes that walk into his gym have been remarkable.

This last fall, Off The Field became the official training staff at the College of Idaho.

Taylor Bateman: We came in mainly because I was a kid who wasn't that great at sports, but I always wanted to get better. I had some friends who were really really elite and I thought they didn't get a lot of looks (at colleges) and different things like that. We travel (to play sports) and we'd see the talent. I mean, it would be different but not to the point where we're getting no scholarships in the Treasure Valley. So that's kind of why I started Off The Field. I loved coaching, I loved working with kids, and I wanted to stay in sports.

Jay: How many teams do you train? And success kind of speaks for itself. I feel like, after every sports season, you're posing with the state champs on the court or field.

Bateman: I know we have at least one team from every high school in the Treasure Valley. We've helped out with Ontario football, we do a ton with Fruitland, Horseshoe Bend, and Mountain Home too. I'd say the last 7 years we've had at least one athlete - if not the whole team - in the state championship. But I think our biggest measure of success is retention. We've had athletes for seven years and if they keep coming back it's not because we're just going through the same thing every time. I think our biggest reasons for success is one we're winning but the only reason why our kids are getting better is because we're constantly improving as well.

Jay: In terms of the level of athlete you're producing to I mean it's the best of the best at the division one level.

Bateman: Yeah, two of the first athletes we had are local legends. Isaiah Wright, Destiny Slocum - everybody knows who she is. Some of the ones we're working with right now are Kekoa Nawahine at Boise State. He's just the leaders. Garrett Collingham, one most athletic guys have ever seen in my life. We've been fortunate enough to partner up with the Boise Timbers-Thorns. Eric Simmonsen does such a great job. I think we have like 30 Division I girl soccer players that we've worked with and most of them come from his program. We work with Max Rice, coach (Leon) Rice's son. Leon has trusted us with him. Some high school guys include Ben Ford who is committed to the University of Washington, and Jordan Erickson, one of our running backs, just got an offer from Air Force this week. It's pretty amazing. It's been fun.

Jay: Clearly the list could go on and on. Earlier you said when you started this you didn't exactly know where it's gonna go, but you guys are connected to 50 state titles, as you mentioned over 500 scholarships. What does that mean to you now being a guy that grew up locally and seeing that success here in Boise, Idaho?

Bateman: It's pretty crazy, especially because it's not like I was the Division I guy or an NFL guy or something like that you know. It's more just investing in these kids, and to see them actually have that success is crazy.

Jay: You said you weren't an NFL guy, but you're training NFL guys now.

Bateman: I think that goes along with the trust factor. When they come in, they realize we know what we're doing. It started with one guy, Shiloh Keo, who just got a job at the University of Alabama. Now the list includes Carolina Panthers center Matt Paradis, Denver Broncos defensive lineman Mike Purcell, and Seattle Seahawks offensive lineman Mike Iupati. NFL guys are awesome to work with.

Jay: How did COVID-19 impact you guys?

Bateman: It was hard to shut the doors. You know it hurt us financially, but this time is so important. Everybody else is going to use this time for a break, or at least that what we're thinking. If we can figure out a way to minimize how much we lose, if not try to gain, once we can get back in the weight room and once everything opens back up hopefully our athletes have a step on everyone else.