He's only the third Idaho prep runner to earn both awards in the same school year. 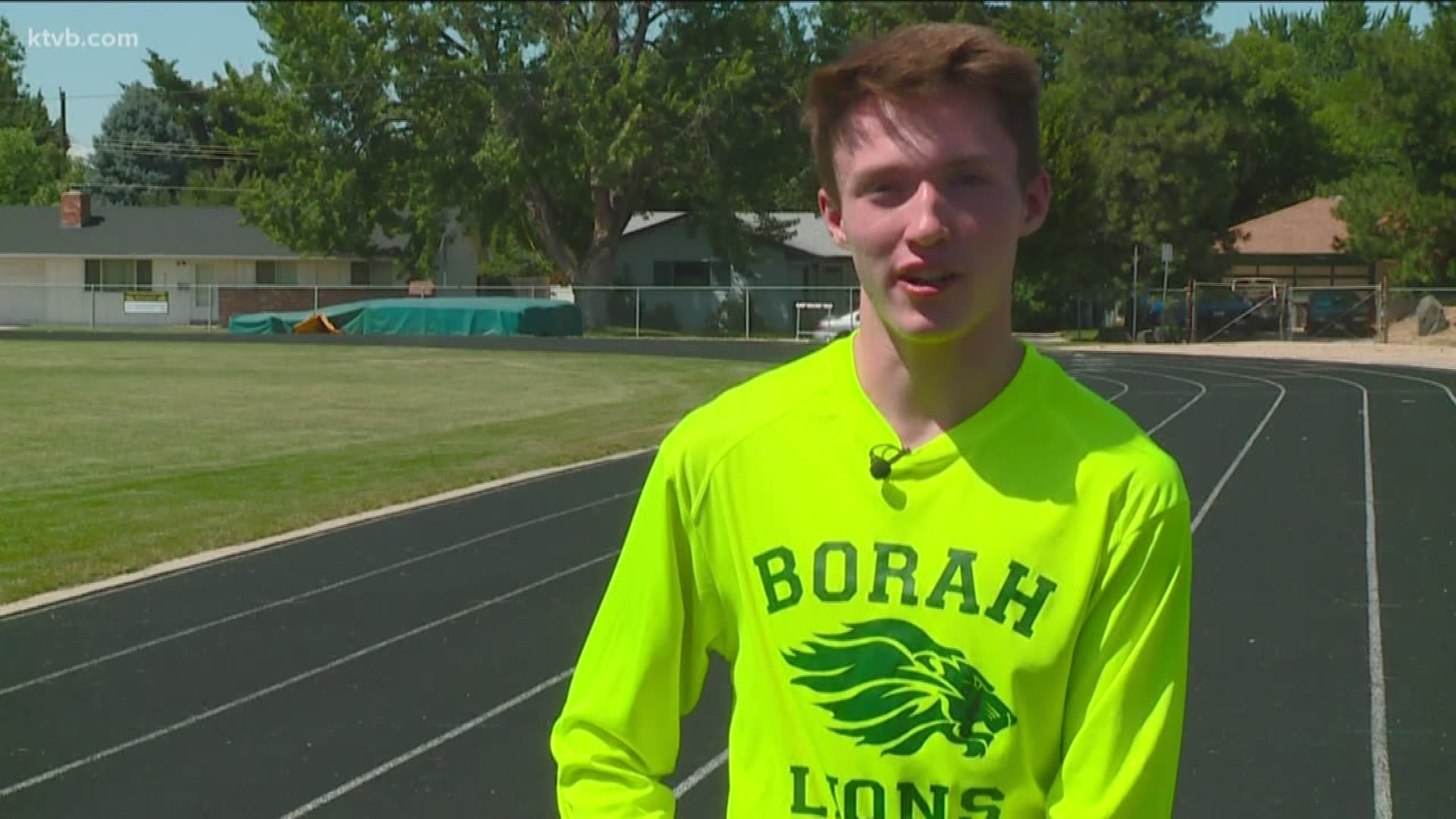 BOISE, Idaho — Borah sophomore Nathan Green has only been a distance runner for a couple of years, but his passion and natural athleticism has helped him become one of the best prep runners in Idaho.

And this week, he was recognized for his achievements by becoming just the third male athlete from Idaho to win Gatorade Player of the Year honors in both cross country and track and field in the same school year.

At the Idaho High School state track & field championships in May, Green won 5A state titles in both the 1600 meters and the 3200 meters.

Green says he used to run sprints but wasn't finding success and more importantly, he wasn't having fun.

It wasn't until he saw another Treasure Valley prep runner making a name for herself in the distance races.

"I saw Lexy Halladay running the mile and just pure dominance throughout all of her middle school career and I just thought, 'I want to do that.'"