Bundy made the announcement in front of hundreds of people at Kleiner Park in Meridian on Saturday. 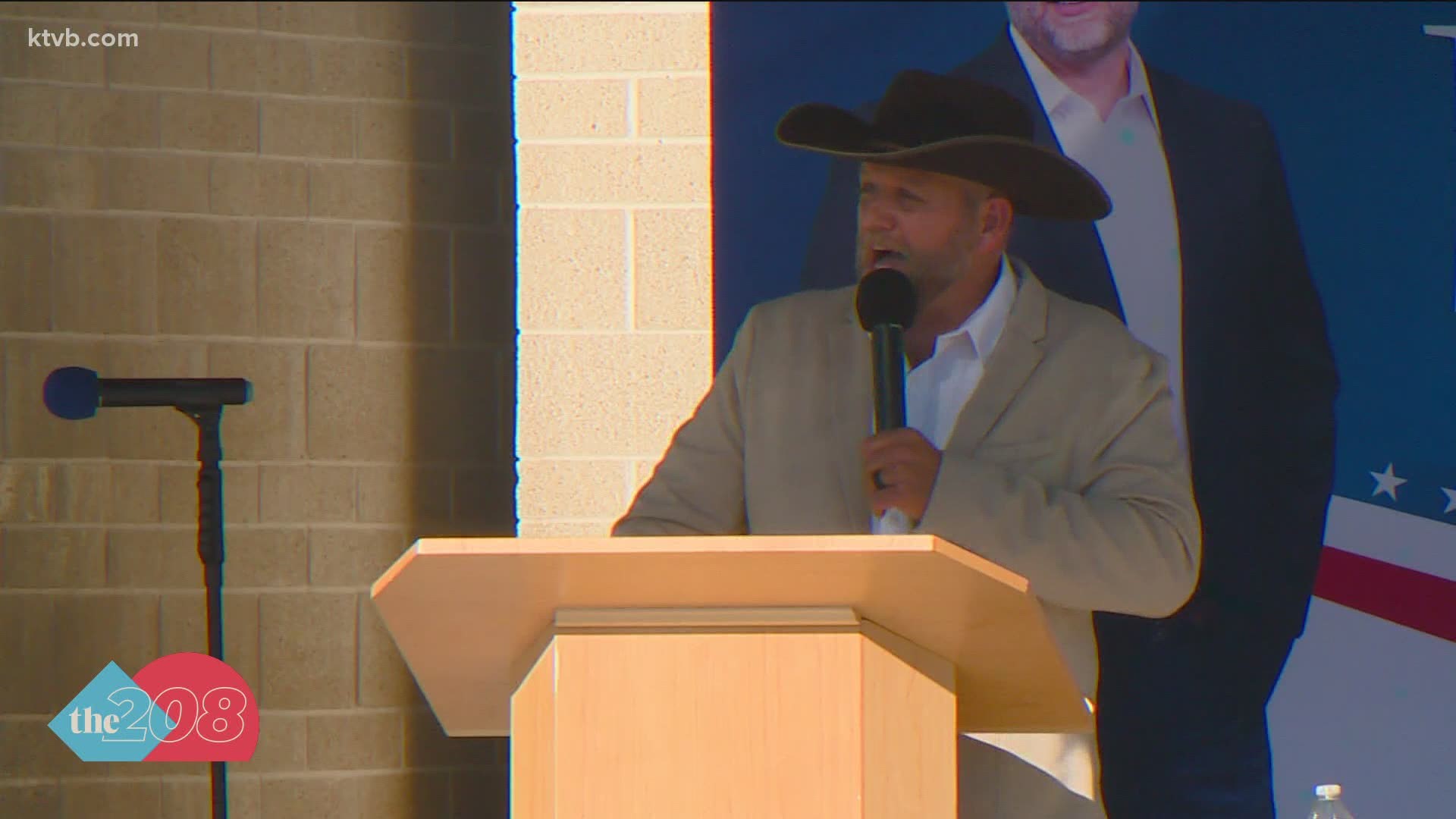 MERIDIAN, Idaho — Ammon Bundy, a conservative activist who is currently banned from the Idaho State Capitol Building after state troopers had to wheel him out of the capitol on an office chair because he refused to leave, officially announced his intent to run for governor of Idaho on Saturday afternoon.

"I’m running for Governor because I’m sick and tired of all of this political garbage just like you are," Bundy said in a video on his campaign website. "I’m tired of our freedoms being taken from us and I’m tired of the corruption that is rampant in our state Government."

Bundy filed as a Republican, with an Emmett P.O. box address, on Friday, May 21 but did not make the official announcement until Saturday. He made the announcement in front of hundreds of people at Kleiner Park in Meridian.

Bundy has been arrested multiple times by Idaho State Police stemming from multiple incidents at the Idaho Capitol. He was issued a no-trespassing notice last summer after refusing to leave a committee room following the hearing.

He was then arrested twice more at the Statehouse within a matter of hours after returning when he wasn't allowed inside. Police charged him with two more trespassing charges.

Bundy joins current Idaho Lt. Governor Janice McGeachin and several other candidates who have already announced their intent to run. However, current governor Brad Little has not yet announced whether he plans to run again.