Bundy is coming under fire after announcing he intends to run for Idaho governor as a Republican. 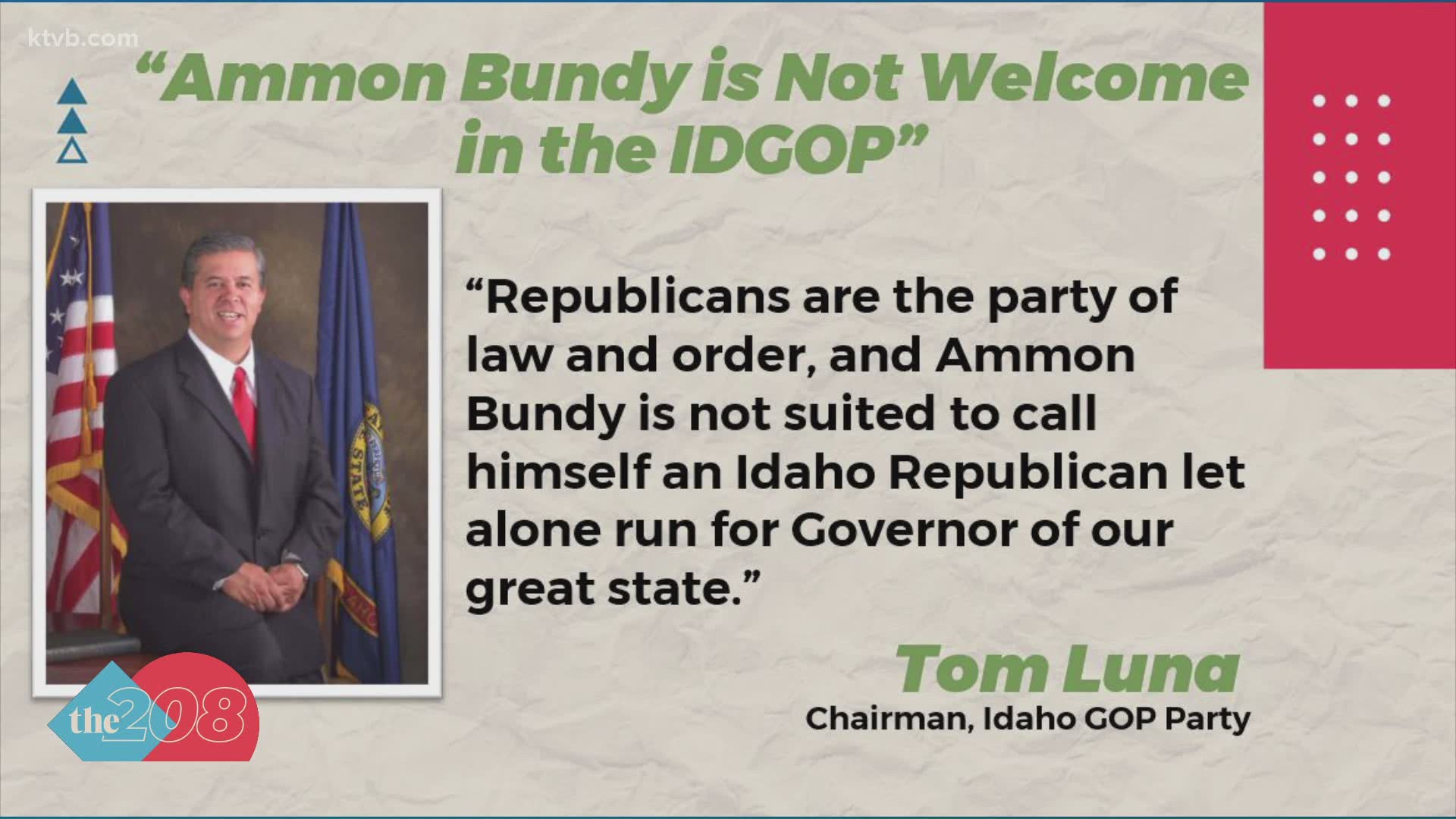 This comes after Bundy announced he intends to run for governor as a Republican.

Republican Party Chairman Tom Luna accused Bundy of dividing the party, saying they do not support his 'antics' or what they call political theater.

Luna says Republicans are the party of law and order, and that he believes Bundy is not suited to call himself an Idaho Republican let alone run the state.

Bundy has been arrested multiple times by Idaho State Police stemming from multiple incidents at the Idaho Capitol. He was issued a no-trespassing notice last summer after refusing to leave a committee room following the hearing.

He was then arrested twice more at the Statehouse within a matter of hours after returning when he wasn't allowed inside. Police charged him with two more trespassing charges.

Last month, I reaffirmed the Idaho Republican Party's stance in the upcoming 2022 primary elections. We will be fair and uniformed for all registered Republicans running for office, and we will keep that commitment. Recently, it has come to our attention that Ammon Bundy intends to declare his candidacy in the Republican primary for the Governor of Idaho, and this warrants a response.

First, Mr. Bundy is currently not registered to vote in Idaho, and he is not even registered as a Republican. Furthermore, we do not support his antics or his chaotic political theater. That is not the Idaho Republican Party, and we will not turn a blind eye to his behaviors.

To be clear, I was elected Chairman of the Idaho Republican Party to unite all Republicans to share and celebrate conservative values and preserve our traditional way of life. Conversely, Ammon Bundy wishes to divide our party, openly supports defunding the police, and has known alliances with the radical factions of the Black Lives Matter (BLM) movement.

Republicans are the party of law and order, and Ammon Bundy is not suited to call himself an Idaho Republican let alone run for Governor of our great state.

Bundy responded on Saturday, saying in a statement that he had not expected backing from the GOP.

"It would appear that the Idaho Republican Party establishment is taking me serious, as they should. I simply fill out a half page online form with the Secretary of State and they lose their minds, haven emergency meetings and publish a State wide full page official letter against me," Bundy said. "I never planned on their support in the first place, so no sweat of my back. Hope to see everyone on June 19th, Kleiner Park in Meridian, 4pm, for a Big Announcement!"