The vote means fireworks will not be allowed outside of city limits and fire protection districts in Ada County, even if users are on private property. 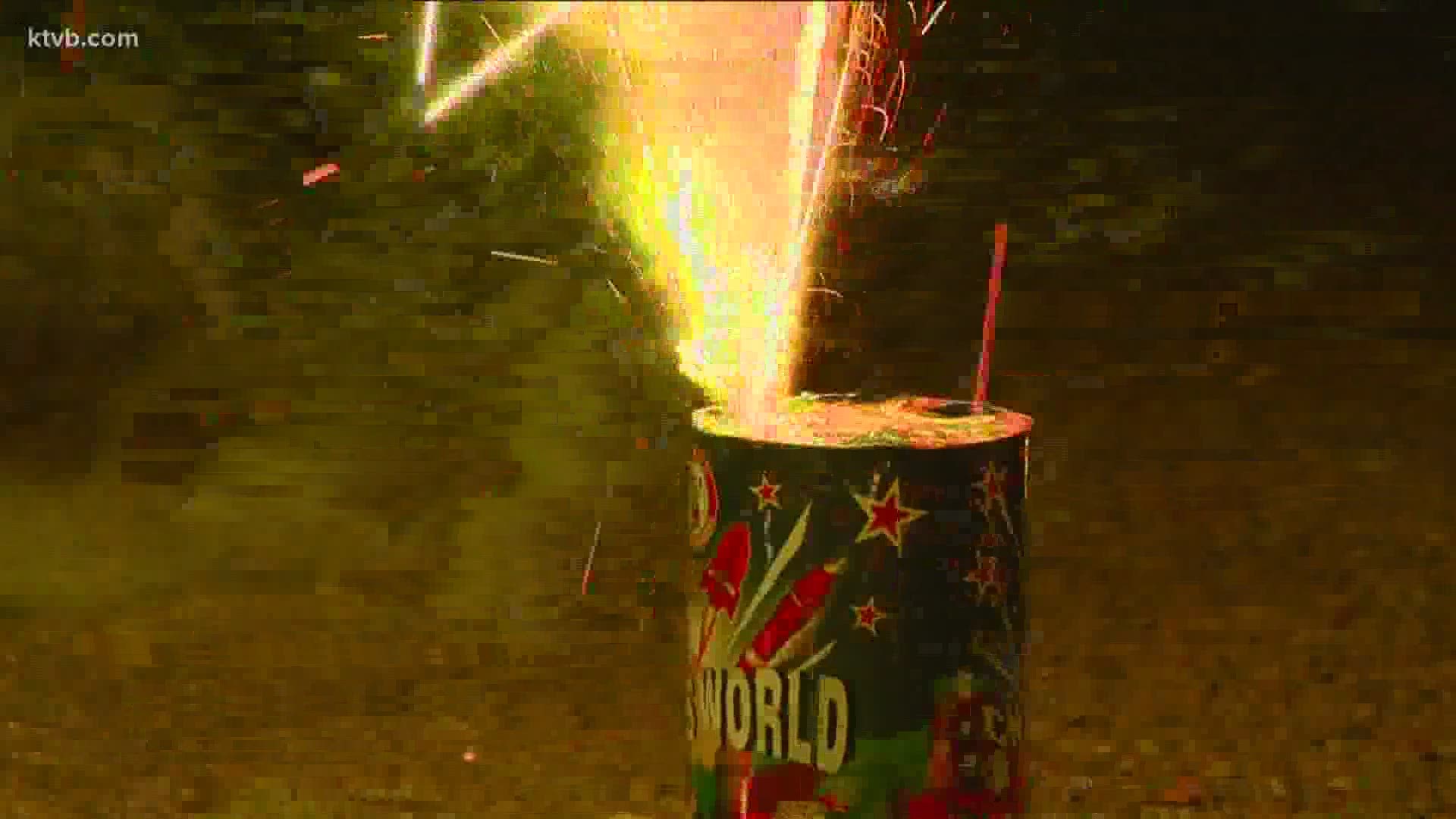 ADA COUNTY, Idaho — The Ada County Board of Commissioners voted Tuesday to ban fireworks in Ada County outside of city limits and fire protection districts as fire danger climbs along with the temperatures.

Setting off fireworks, including firecrackers and other non-aerial fireworks, is already illegal on public land and in the "wildland-urban interface area" close to the foothills. But Tuesday's vote extends the ban to all unincorporated areas in Ada County, even if users are on private property.

The commissioners wrote in a resolution that they believed it was "appropriate under the current conditions to declare a severe fire threat sufficient to institute a fireworks ban during the current fire season."

Much of Idaho, including the Treasure Valley area, is already feeling the effects of drought, thanks to scarce rain and early-melting snowpack this year. Fire managers have warned that Idaho could be poised for a particularly bad fire season - something that would only be exacerbated if people are reckless with fireworks, according to the Boise Fire Department.

Boise Fire noted that over the past four years, at least 19 fires have been started between the dates of July 3 and July 5.

Credit: Ada County
The Ada County Board of Commissioners voted Tuesday to ban fireworks in Ada County outside of city limits and fire protection areas as fire danger climbs along with the temperatures.

Fireworks stands open on Wednesday. Although aerial fireworks are legal to purchase - and widely available - Idaho law makes them illegal to set off in the state. Buyers of aerial fireworks like Roman candles and mortars are asked to sign a waiver agreeing that they won't set them off within state limits.

Boise Fire officials say they encourage people to attend the City of Boise official fireworks display in Ann Morrison Park. For those who do want to set off their own fireworks, officials are asking everyone to follow the law, use good judgment, and take care to prevent any fires from starting.