Rep. Ryan Kerby is backing a bill that could be heard in the upcoming special session later this month. 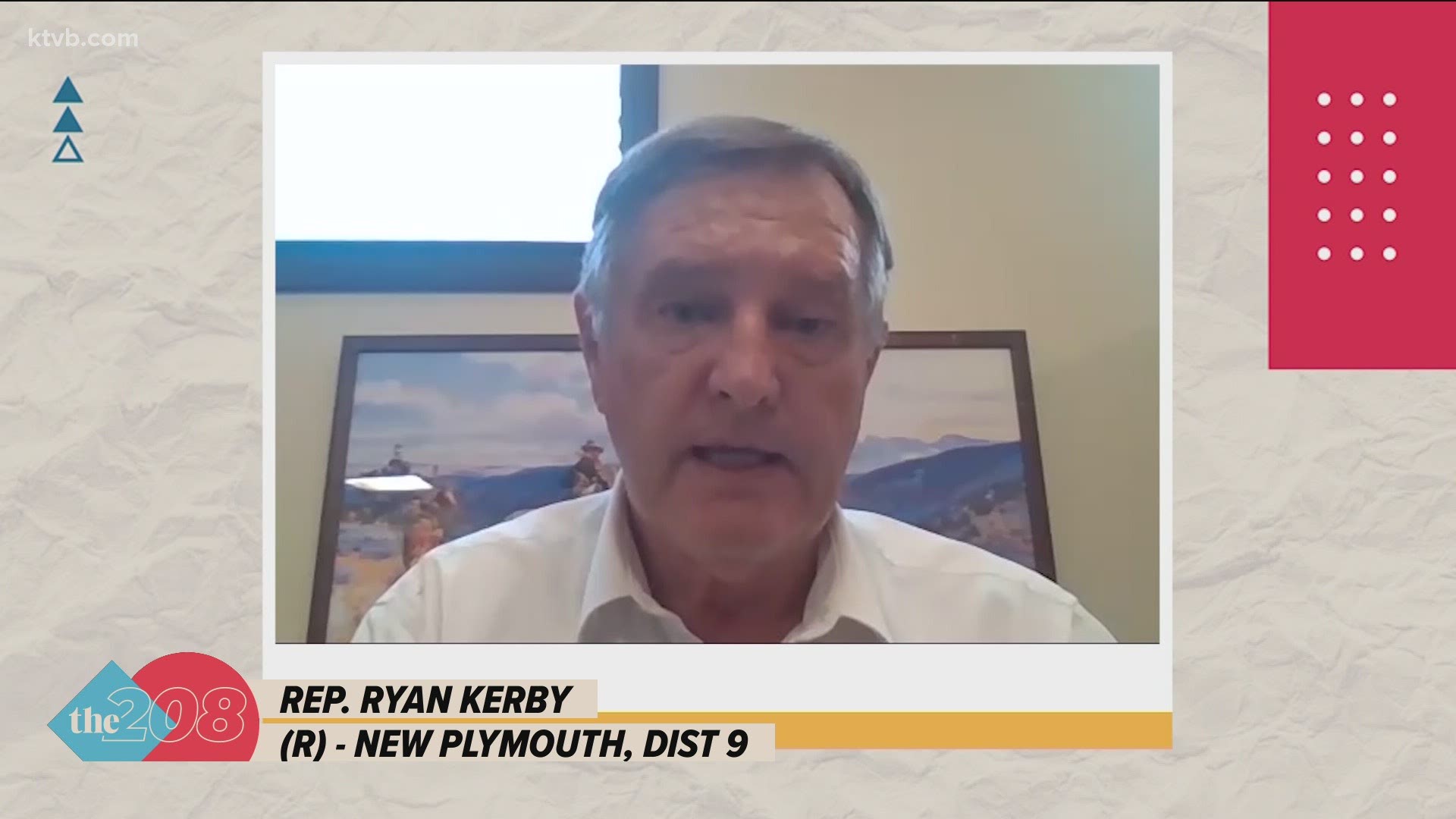 BOISE, Idaho — Legislative committees getting together during the summer months is not a novel concept in Idaho, not even during a novel COVID-19 pandemic.

The House-Senate education working group has been meeting since late July in an effort to help schools readjust their learning plans if needed this fall.  It's been top of mind for the parents of Idaho's 310,000 students.

Since Gov. Brad Little announced an impending extraordinary session later this month, those committees have been focusing their efforts on what they want to bring up.

On Monday, the education working group decided one of those topics should be removing a public health district's ability to mandate what happens in Idaho's schools.

As it stands right now, health districts can, and have, mandated several things over the past few months, things like wearing masks, closing bars and schools.

Rep. Ryan Kerby from New Plymouth, a former school superintendent, says that's too much unchecked power in the hands of public health districts.

“This bill says that school boards will make the decision in consultation with health district boards, and school districts will listen to them," Kerby said. "I believe health district boards have great expertise, they all have education liaisons who have been studying these things all over the nation, around the world, but at the end of the day they are not really in a position to govern schools, they have tremendous expertise, the schools need to listen to them, and in the bill, it says the school boards will consult with the health districts.”

This means health districts are not held accountable as, say, an elected official would be.

“In governance, and the section of code that we're changing, it's governance of schools," Kerby said. "So in any governance, the elected officials or the people in charge can be held accountable by the citizenry. Whether they re-elect them again, elect somebody else next time, recall them, and so the people have representation that they can disagree with, and right now with health district boards able to make the decision, the people do not have recourse."

“If the health district board were to make a ruling on the Weiser schools, and the Washington County commissioner disagreed with them, and it passed by 4-3, 6-1, the people that live in Weiser and Washington County have no recourse on the Adams County commissioner, the Gem County, Canyon County, Payette, and Owyhee. Those people can govern Weiser and the people of Weiser have no recourse," he said. "It kind of reminds me of the 1700s and taxation without representation. If you're going to govern, you need to be elected."

So what happens if a school board is well-equipped to make these decisions, for example, having health professionals on the board? Should they not be held liable for those decisions when it comes to COVID-19?

Kerby added that school boards should be able to make decisions about the schools they govern, and should not be held liable for COVID-19 because of those decisions.

“At the same time they have to use good judgment," Kerby said. "There's no liability insurance that will protect you if you do something stupid, you better be following the protocols and getting the best advice possible, and then if someone gets sick or dies then they got sick or died."

Kerby said almost everyone agrees that the insurance liability is one of the biggest concerns going into the special session and will likely be on the agenda.

It was a close vote on the Senate side, narrowly passing 5-4. On the House side, it was a party-line vote, 11-3 in favor.

The bill now goes to Speaker of the House Scott Bedke and Senate Pro Tem Brent Hill, who will decide if it will be sent to Gov. Little for consideration on the special session agenda.