Experts say a credit and background check shouldn't cost more than $25, but some landlords are charging far more than that. And some may not actually process the applications at all. 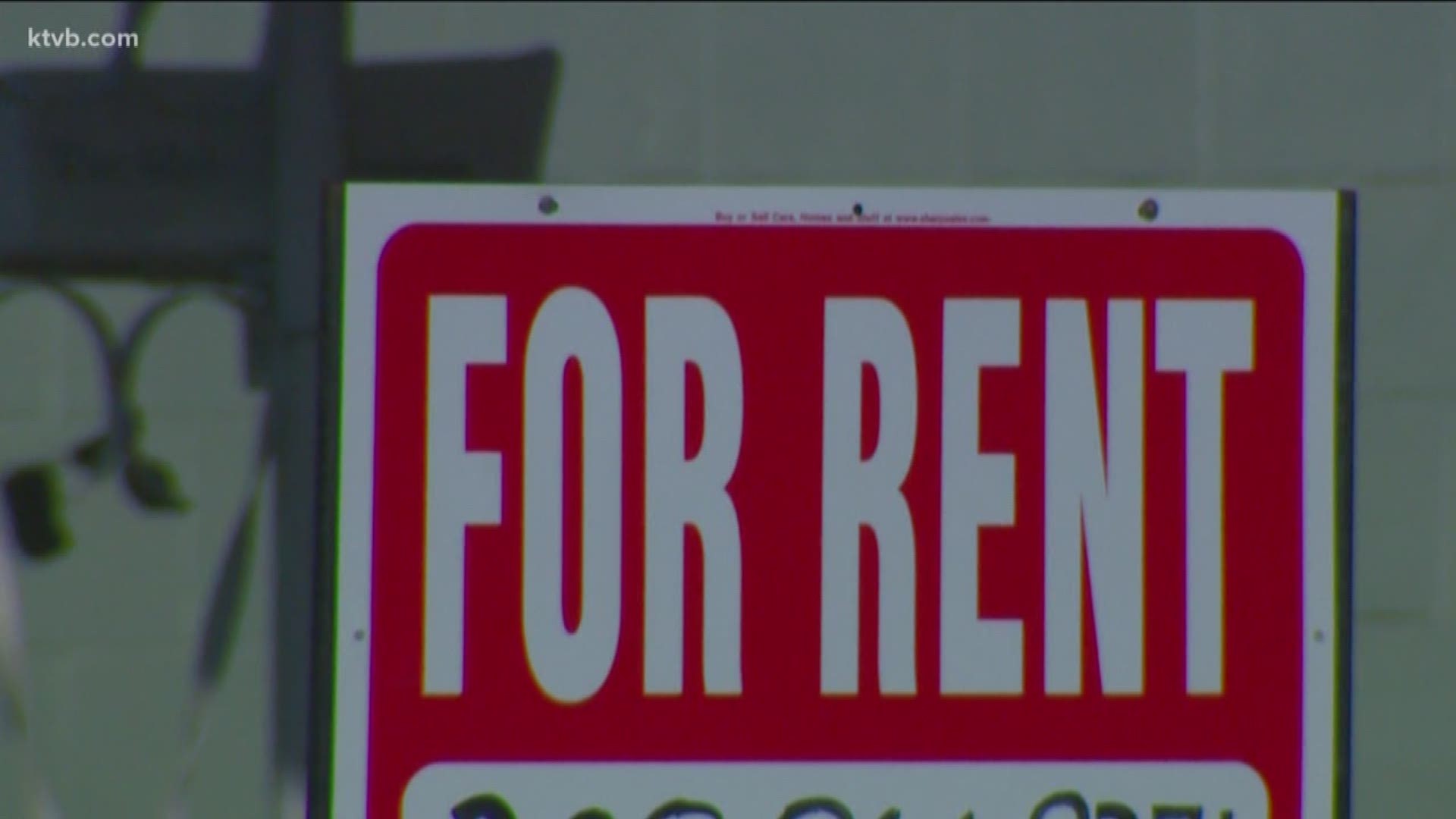 BOISE — Housing costs and rent have been steadily climbing in the Treasure Valley and the number of Idahoans being priced out of the market is growing.

KTVB wanted to find out if housing managers are playing fair during this affordable housing crisis, specifically, in the form of rental application fees.

"A family member of ours that was looking for a rental, they spent an excess of several hundred dollars in application fees, only to be told they didn't have the credit," said Charles Bauer, a Boise attorney and landlord.

Bauer manages several properties he rents out. He does charge an application fee but only after he has met the potential renter.

"Our feeling is that you know just from talking to someone, you have a pretty good idea of whether they are going to qualify or not," Bauer said.

And if they do qualify, Bauer charges $10 to $20 to cover a credit and background check.

"I think anything more than $25 is silly," said James Wilde, another Boise landlord who does not charge a fee for an application. "You could raise the rent 50 cents and cover all of these fees."

While Wilde and Bauer may be acting in good faith, not all housing managers are.

"I know that (fees) range from $25 up to $200 for upper end apartments," said Zoe Ann Olsen, executive director of the Intermountain Fair Housing Council, a nonprofit that works to ensure equality in housing practices.

KTVB wanted to find out, how do you know if your application is being processed?

"The suspicions arise when everyone looks at a Craigslist ad and everybody shows up and then everybody applies with a fee," Olsen said. "And then, there doesn't appear to by any rhyme or reason who is selected."

"To answer your question, no I don't think they go through every application," Wilde said.

"It's an income stream for them, these application fees," Bauer added.

RELATED: Seniors among many feeling frustrated by lack of affordable housing

Olsen says its a consumer protection violation and even fraud if housing managers are not using the fee for what they say or not even processing the application at all.

But it's difficult to make a case.

"So far, no one has brought us a case where they have had evidence to support that they were committing fraud," Olsen said.

In Idaho, there are no laws surrounding application fees, unlike some of our surrounding states.

In California, fees can't exceed $30; while in Oregon, landlords can't charge more than an "average cost" for credit and background screenings. And in Washington state, tenants can use a reusable screening report, which they only have to fill out and pay for once.

"At the legislature this year, I know some of the property owners are coming in to change the eviction laws, and this might be a good opportunity to put some kind of provision in there regarding application fees," Gannon said.

Until regulations are put in place, Treasure Valley renters could be victims of costly rental fees.