Experts say the supply is trying to keep up with the overwhelming demand, as more and more people continue to move to the Treasure Valley and competition between tenants is fierce. 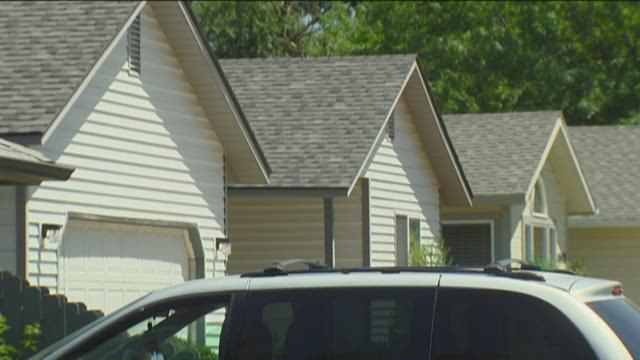 It seems like everywhere you turn in Boise there is a new apartment complex, condos or subdivision being built.

And it might be hard to imagine that with all this new residential development, it's actually making it more challenging for a certain group of people to afford a place to live.

Experts say the supply is trying to keep up with the overwhelming demand, as more and more people continue to move to the Treasure Valley.

Competition between tenants is fierce.

So those with less income are left with fewer options.

“And how many showings do you have today? Oh geez, probably 20 or more, every half an hour,” says Don Johnson.

Johnson is part owner of Johnson Property Management, a company established more than 60 years ago with 900 rental units.

He says the population boom is challenging to keep up with, and attributes the number of out-of-state transplants to the lifestyle Boise has to offer.

“We have a safe environment and we have good recreation," says Johnson. "People will come in from California or Portland and say 'wow I would pay $2,000 for this you're renting for $600,' I have heard that for years, but we are now pushing upward just because the demand will allow us to do some catching up.”

Johnson says it’s a good time to be a landlord or developer in Boise, and a competitive time for tenants.

“The ones that are qualified and meet our needs will get the property, it's pretty much that simple," says Johnson. "If a person has poor qualifications due to credit issues or maybe a background problem, it's really, really hard right now. The market is strong enough to where nobody is willing to bend a lot to get to them, so they will move on from that person right to the next one who is qualified.”

City spokesman Mike Journee says vacancy rates in the downtown Boise area are at 2 percent, which is basically full.

“Developers have noticed that and we have hundreds of residential units and apartment buildings going up all across the city as a result of that,” says Journee.

Journee says the city is always looking for an opportunity to work out a deal with a developer to create some low-income housing units in a development, but with decreased grants from the federal government it’s become increasingly challenging.

A daunting challenge for the city, and those with limited income, but for the ones eligible, there is plenty of space.

“The ones that are qualified, they will find a place, Craigslist twice a day,” says Johnson.