Rentals in Boise are up 7 percent from this time last year. Analysts are calling the problem - which exists in other western states as well - a "crisis" as families are priced out and struggle to keep up. 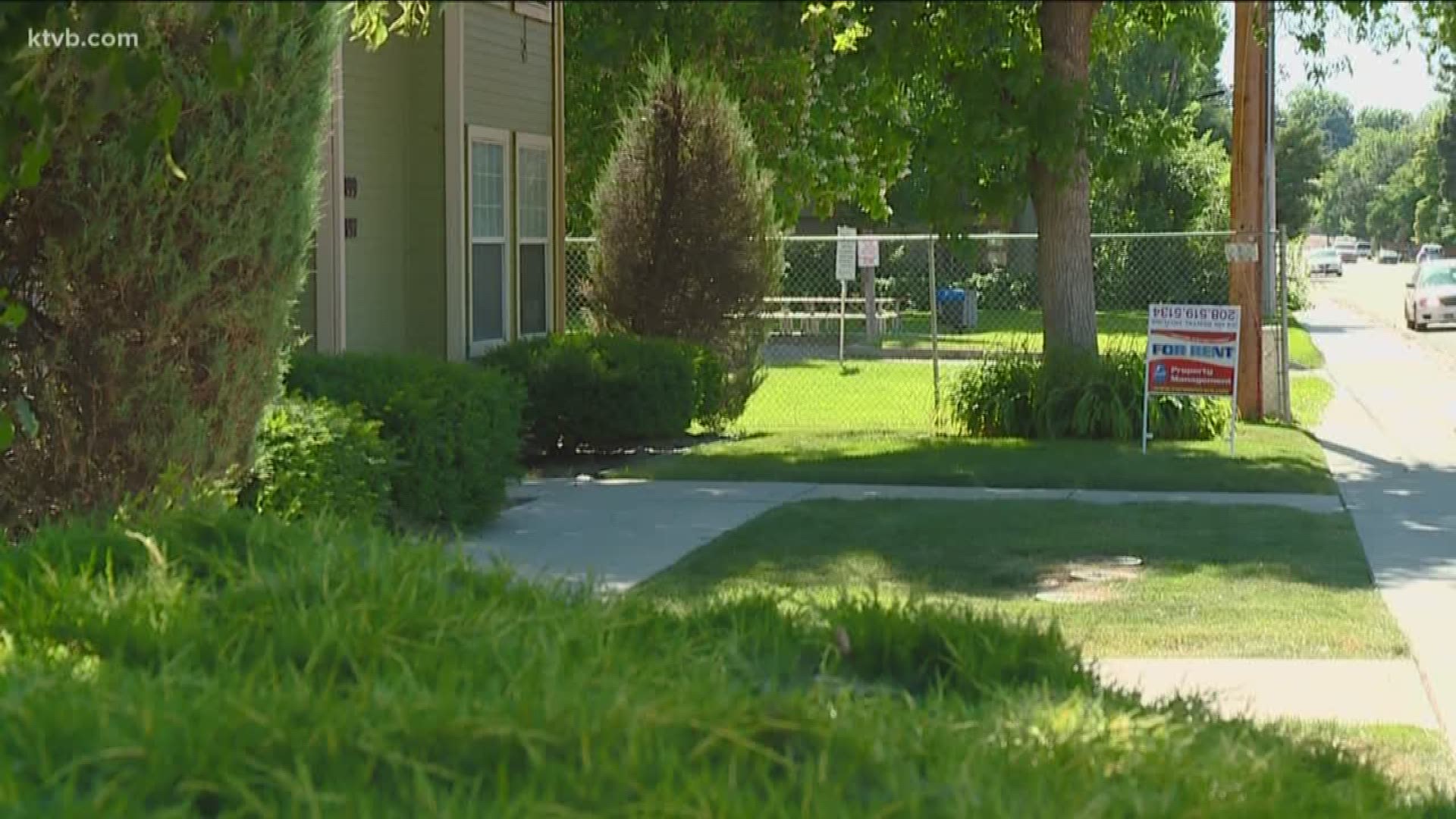 BOISE -- If you've been scouring the market for housing, you've no doubt found soaring prices.

Rentals in Boise are up 7 percent from this time last year. Analysts are calling the problem - which exists in other western states as well - a "crisis" as families are priced out and struggle to keep up.

Across the state, the Fair Market Rent (FMR) for a two-bedroom apartment is $803 a month. For housing to be considered affordable, experts say you shouldn't spend more than 30 percent of your household income on it. The term "affordability" in this study "is consistent with the federal standard that no more than 30 percent of a household’s gross income should be spent on rent and utilities."

According to the National Low Income Housing Coalition, in order to afford rent and utilities for a two-bedroom apartment in Idaho, a household must earn more than $32,000 a year. That translates to what the 2018 Out of Reach report calls "a housing wage" of $15.44 per hour. (To clarify, "housing wage" is the estimated full-time hourly wage a household has to earn to afford a decent rental at HUD's FMR while spending no more than 30 percent of their income on housing costs.)

"There's been several months like in the wintertime it slows down for me quite a bit and we kind of, like, wonder how are we going to do this. But I find ways to do something or make extra cash here and there and just barely make it," one Nampa resident, David Lopez, said. "Sometimes I'm constantly thinking about [the bills[, figuring how am I going to do this, how am I going to pay for this?"

According to the Idaho Department of Labor, servers, child care workers, nursing assistants and ambulance drivers are among the many workers earning less than the housing wage.

"The pay isn't quite enough to support a good sized family," Lopez added.

The new Out of Reach report by the the National Low Income Housing Coalition shows rent is too expensive for renters in most Idaho cities and counties. Costs for modest houses and apartments are eating up more and more of people's paychecks, experts say, leaving families with less to spend on necessities.

"People are having to make really tough choices. Sometimes the decisions are: Am I putting enough food on the table? Are we getting the medical care we need? Am I able to send my child to high-quality preschool? The list just goes on and on and on." United Way of Treasure Valley Director of Development & Community Engagement Robynn Browne said.

The Idaho Asset Building Network is calling the situation a crisis.

"It's really an issue that affects all kinds of families in all kinds of communities," Idaho Asset Building Network policy analyst, Alejandra Cerna Rios, told KTVB.

In 36 of 44 Idaho counties, the report shows there's a gap between housing wages and what the typical renter earns.

"Housing prices have increased and increased, and in a very active market such as the Treasure Valley, we've seen the effects of that and wages haven't really kept pace with the price of housing and other items," Cerna Rios added.

With the two-bedroom housing wage at $15.44 per hour, that's a far cry from Idaho's minimum wage of $7.25 per hour. More importantly, data shows the average renter wage is $12.19 per hour, creating what analysts call a housing shortfall.

"The average renter earns more like $12 an hour so that kind of leaves them in the lurch, having to put much more of their paycheck just towards keeping a roof over their head," Cerna Rios said.

Cerna Rios says because of high development costs, new rental construction is geared toward the high end of the rental market - which we are seeing play out in the Treasure Valley and across Idaho.

"When housing prices become too high then our economy finds it hard to absorb more and more people and find the workers that it needs for companies to be able to hire and move forward. So it's an economic development issue as well," Cerna Rios said.

So what's the answer? Well, there's no silver bullet.

"I think folks should talk to their elected officials more about how the lack of affordable housing options affects their day-to-day life," Cerna Rios said. "Solutions would have to come both from the public and private sector. So having our developers incentivized enough to build more affordable housing stock, having our public sector more pushed to pursue those initiatives."

While the housing crisis is real in Idaho, we're only ranked 42nd on the list of most expensive places to live in the U.S. Places like Hawaii, Washington, D.C., and California top the list, with people needing to make over $30 per hour to afford a two-bedroom rental.

Overall, the 2018 Out of Reach report revealed no state or major metropolitan area has enough housing affordable to modest renters.