GOP lawmakers send letter to West Ada School board, urging them to reopen schools but is it called for?

GOP members in West Ada's legislative district sent a letter to the school board, something that was not appreciated by at least one trustee. 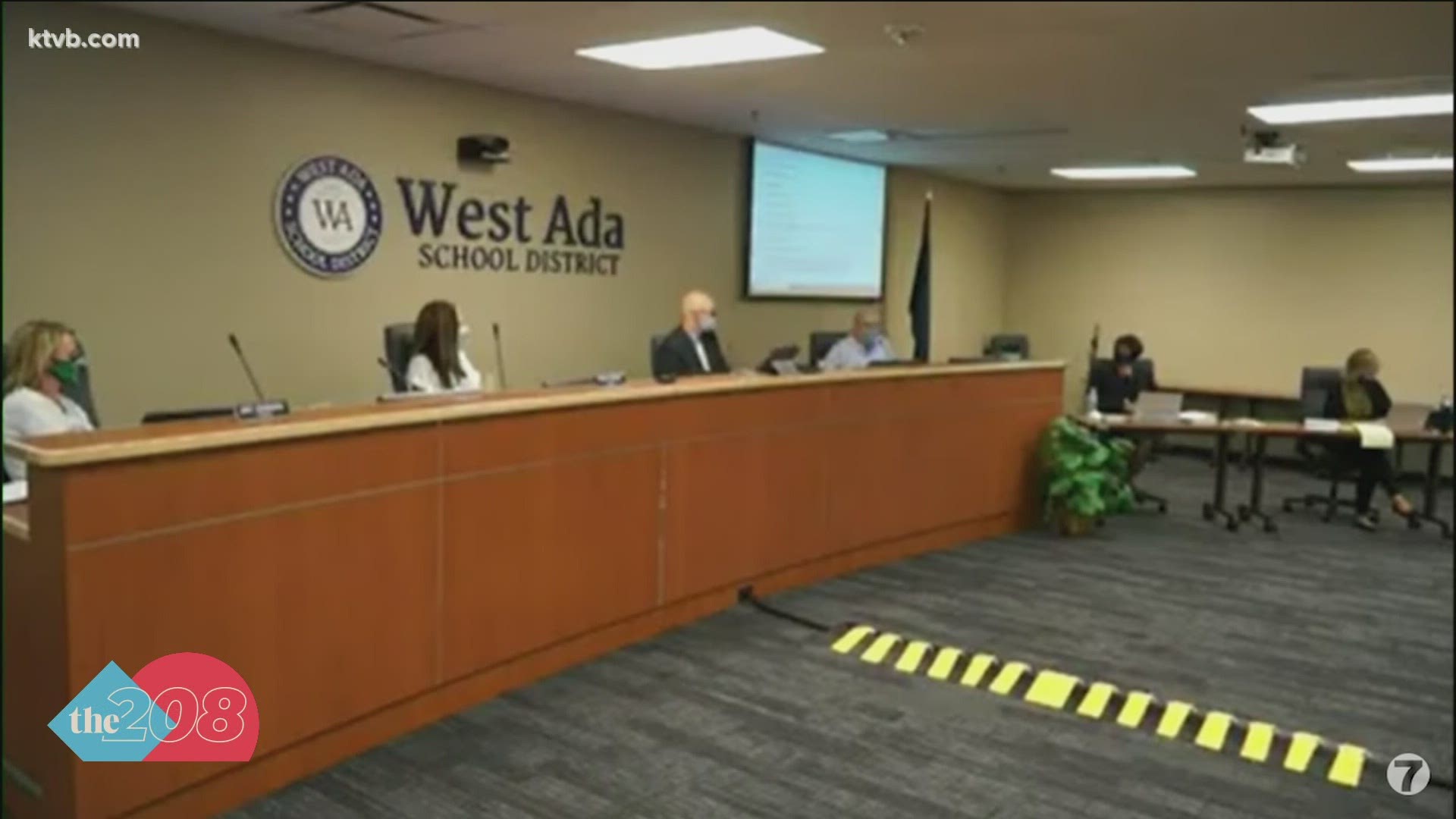 MERIDIAN, Idaho — On Thursday night, two days after their regularly scheduled biweekly meeting, the West Ada School District Board of Trustees held a special session to discuss the technical issues plaguing thousands of students since the first day of school on Sept. 8.

The board decided to hold off on making any decisions on that issue until Sept. 22. However, at the very end of the two-and-a-half-hour meeting, trustee Steve Smylie brought up a letter that had been sent to the board earlier that afternoon from GOP members of West Ada's legislative district:

"We have had, I have had, so many constituents reach out who have felt like their local school board wasn't hearing them," Sen. Lori Den Hartog said, adding that her kids do not attend school in West Ada, but she wanted to put her name on that letter not as a parent, but as a lawmaker.

"I don't think from day one they haven't listened to any of the parents or students," said Katie Keen, a mom of two West Ada students.

"I had a lot of parents who would like to see their kids back in school who are concerned about kids who have special needs, who benefit from being in the classroom," Den Hartog said. "Obviously all students benefit from being in the classroom but there is definitely a concern of parents with kids with special needs who felt they needed to be there. So I wanted to sign on to help give a voice to those parents who felt like they weren't being heard."

"I would like to see them send the kids back to school with safety precautions in-place full time," Keen added.

However, is it the place of legislators to influence the decisions made by local school boards?

RELATED: 'I don't want to be represented by those parents': West Ada mother voices support of district's decision to begin the year online

"It's pretty common for us to have a lot of constituent feedback and comments," Den Hartog said. "Sometimes it's something that is within our control, sometimes it's something that isn't but this type of communication was meant as a way to encourage the local school board. I don't think it was out of line at all. It's pretty common for, when we're hearing legislative issues during the session for there to be communication to us from local school board members and city councils and county commissioners on policy decisions too, so it certainly is a two-way street."

The board's decision to delay making a decision will also put parents in a tough position, according to Den Hartog. She says they went ahead with the letter so their constituents' voices would be heard before being forced to make choices like 'should I quit my job to help my kids learn from home,' or 'can I afford to hire help for that?'

"They listened to the people.," Keen said. "I came five years ago from California, a state where it fell apart because nobody listens. We moved here for a better life for our kids and for our legislators to listen to the people, and I feel like they did that."

During Thursday's meeting, trustee Smylie, a former Idaho lawmaker, commented on the letter, saying "there's a lot of pressure and I think we're feeling it all."

"I think it was intended to place a little bit of pressure in a positive way," Den Hartog said. "It was meant to be an encouragement and I think everyone is trying to do the best that they can."

According to Den Hartog, the letter was drafted with the knowledge that the district will open in the 'yellow' category and transfer into a hybrid-learning, alternating day schedule beginning Monday.

"The school board brushing over that letter last night and the public not knowing what that letter says is a disservice," Keen said.

"I hope they take the time to read the letter because it does express a lot of what we have been hearing from parents who would like to see their kids be back in school," Den Hartog said.

The West Ada Board of Trustees will meet again on Tuesday afternoon for a special session. Their revised opening plan is on the agenda.

KTVB reached out to the board for comment. They declined to comment as of the publishing of this article.