"What I see happening is she is quickly going to become a Casey Anthony, everybody remembers the Casey Anthony case," the grandmother of the missing children said. 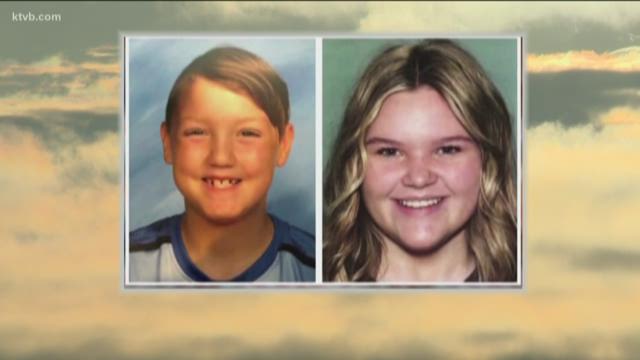 BOISE, Idaho — The deadline has passed for an Idaho mom to prove to the state that her two missing children are alive and healthy.

Lori Vallow was ordered to bring her children, 7-year-old J.J. Vallow and 17-year-old Tylee Ryan, to the Idaho Department of Health and Welfare in Rexburg by last Thursday. Vallow ignored that order. J.J. and Tylee have been missing since September.

KTVB obtained a copy of the document, which sheds some light on what will happen to J.J. and Tylee if or when they are found. According to the order, the children would be placed in the custody of the state and then appointed a guardian.

Kay Woodcock, J.J.'s grandmother, told reporters on Thursday that she would gladly take on that role.

"You do what's best for the kids," Woodcock said.

Woodcock also believes Lori Vallow is still in Hawaii where she was found last week with her new husband, Chad Daybell.

MORE: 'They don't deserve this': As deadline looms, location of missing Rexburg kids remains a mystery

She added that Lori is probably making good use of the insurance money from her dead ex-husband, Charles Vallow.

"Maybe that's helping her to buy new bikinis on the beach of Hawaii," Woodcock said.

J.J.'s grandmother added that she doesn't know Lori's new husband Chad Daybell but given how Charles Vallow died, who was shot and killed by Lori's brother, she says Daybell should be careful.

"If I was Chad, I would be sleeping with one eye open, absolutely, she is a black widow," Woodcock said.

Woodcock says she is praying for the swift and safe return of J.J. and Tylee but believes it could be a long time before we find out what actually happened to the children.

"What I see happening is she is quickly going to become a Casey Anthony, everybody remembers the Casey Anthony case," Woodcock said.

Read more on the disappearance of 7-year-old J.J. Vallow and 17-year-old Tylee Ryan: