'It's a Band-Aid on a bleeding artery': Canyon County Jail begins to house inmates in trailers

Sheriff Kieran Donahue said the trailers are just a stop-gap measure until the county can secure a funding mechanism to build a new jail. 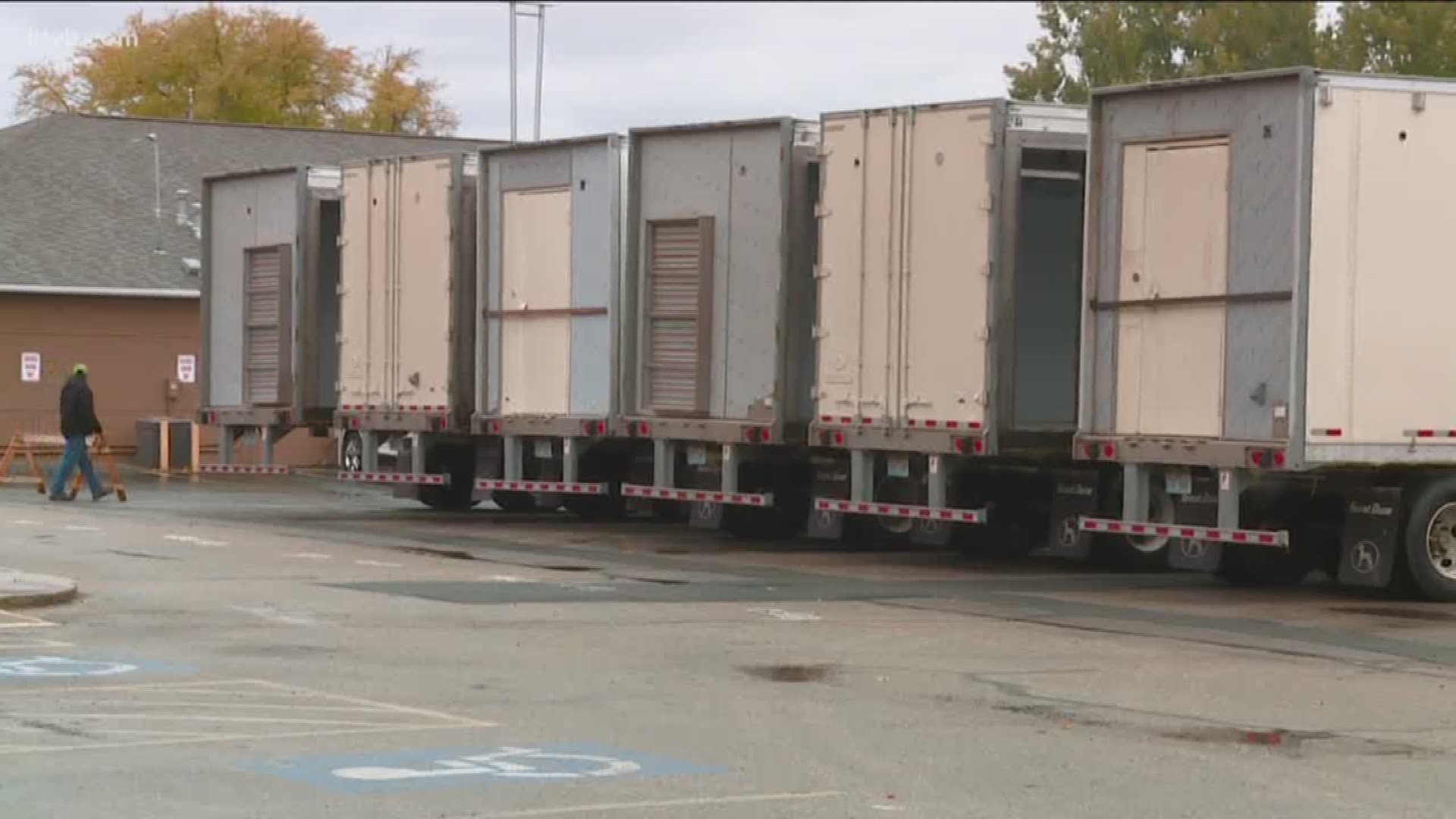 CALDWELL, Idaho — After numerous attempts at securing funding to build a new jail in Canyon County, the county is trying to find relief to their overcrowding woes by bringing in 28 trailers that will house just over 100 female inmates.

The lease for the trailers will cost the county $12.5 million over the five- to seven-year lease.

Canyon County Sheriff Kieran Donahue said the trailers the jail is using are actually more secure than the tents that they have been housing inmates in.

"It might be even a little more secure actually because it's a contained unit," he said. "Once these 28 trailers are put together, it will look like a building."

Six of the trailers arrived on Tuesday. Once all of them have arrived, they'll be put together to form a new building that will hold 122 female inmates.

"They’ll start piecing them together. The lot we're standing on, the electricity still needs to be pulled up through the stubs and the plumbing still has to come in because it is all underground," the sheriff said.

Once the inmates are moved to the trailers, the sheriff said maintenance crews will renovate the old areas they were housed in.

"There is going to be a period of time when the county maintenance crews will do some renovation and some touch up work that is kind of needed to be done," he said. "Paint and things of that nature, but time hasn’t allowed us to do because of the overcrowding."

Once the renovation work is complete, the plan is to move some of the overfill inmates from other areas into that pod.

Some people who live in the area aren't thrilled by the new additions to the county jail and are concerned about housing inmates in the trailers.

"It's not fair for us," said Juan Mora, who has lived across the jail for decades. "We are getting more surrounded by the jail and we don't know what kind of people they are."

Donahue said until Canyon County gets a mechanism to help pay for a new jail, this will have to work for now.

Officials don't have an exact date for when the trailers will start housing inmates, but they're working to get inmates moved in by December.