The problem for county commissioners is that state law doesn't allow them, and the legislature isn't on board with the idea. 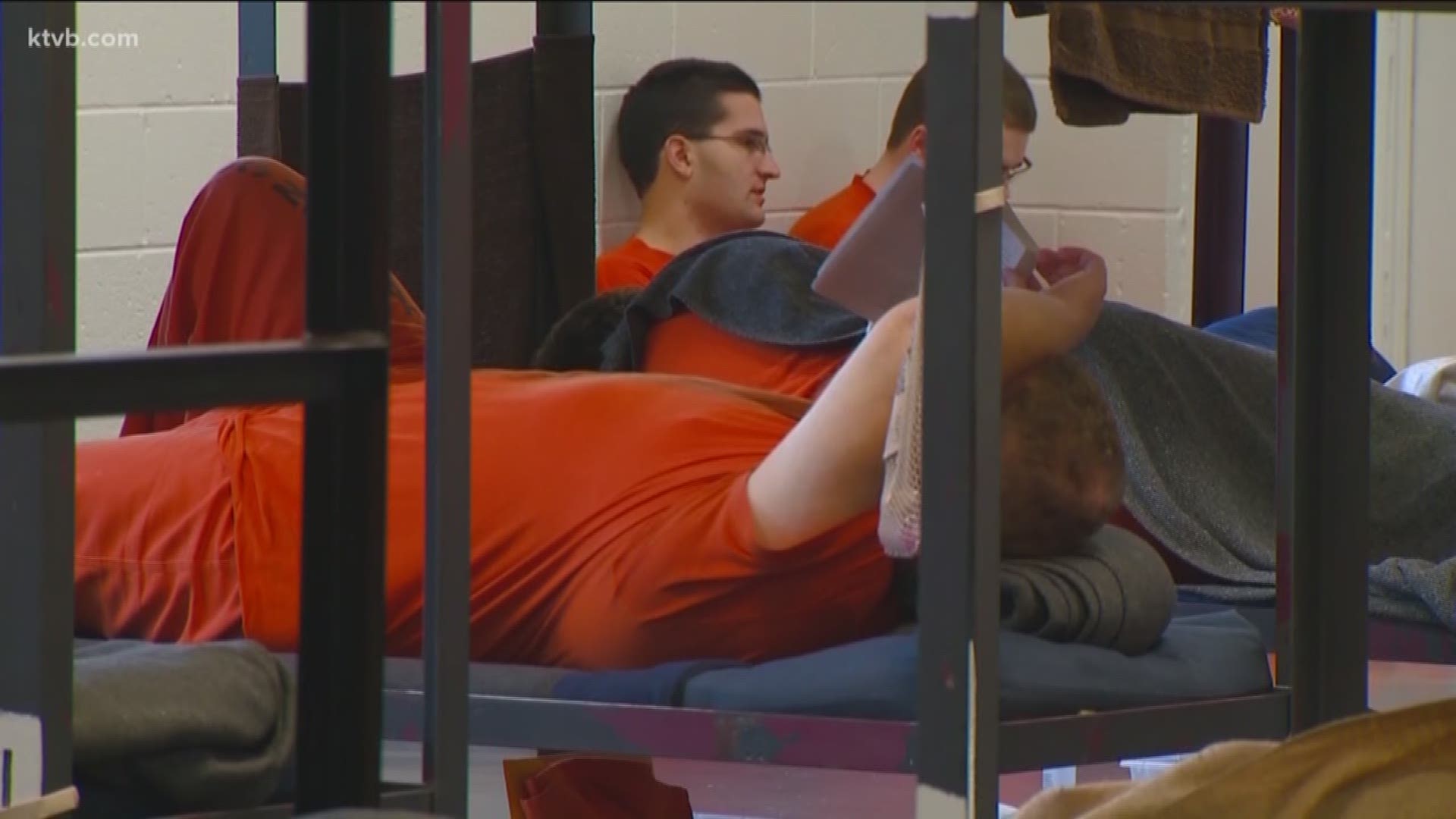 CANYON COUNTY, Idaho — Seven-hundred people - that’s how many people the Canyon County sheriff says are in pre-trial service instead of in jail every day.

The Idaho Press, our news partners, reported that Canyon County Commissioners Pam White and Tom Dale met with a contingency of legislators who represent districts within Canyon County.

The Canyon County commissioners reportedly met with a group of legislators from their area to talk about funding a new jail through local option tax. The purpose of the meeting was to discuss the chances of passing a local option sales tax bill.

However, the commissioners do not have the authority to levy a sales tax, according to state law. Only resort cities with a population under 10,000 can implement a sales tax if 60% of their voters approve it at the polls.

In order for Canyon County to have the power to ask their voters to raise the sales tax, the Legislature would need to pass a bill.

Following the meeting, Canyon County Sheriff Kieran Donahue says he's not confident something will be done at the state level.

“The takeaway that I had is that the people from the Legislature, who were in attendance at that meeting, do not want to do anything,” he said.

Commissioners called the meeting because of the massive overcrowding issues they’re facing with their jail.

“My appeal to the state Legislature in general, help us out,” Commissioner Tom Dale said.

The sheriff says there are around 700-750 people every day who are out on pre-trial services, but he said most of those people should be in jail. He said the positive side of it is that they’re not burdening the taxpayers.

“Negative side is they’re out there and they could be committing crime,” he said.

Sheriff Donahue said property owners cannot carry the burden of everything throughout the state. That's why he likes the idea of a local option sales tax.

“So, this is an option to get that burden off the property tax owner,” he said.

After going, and losing, at the polls four separate times to pass a bond for a new jail, Dale is ready to try something else.

“People are saying we do not want to fund a jail through property tax,” he said.

Lawmakers like Sen. Rice say a sales tax increase in one county would have bad impacts on businesses.

“We have a situation in our state where we have certain kinds of taxes the state does, and a different kind of taxes that are the primary funds of local government,” Rice said. “And so, when you start messing with that balance, what you do is you change the economic dynamics of the state of Idaho.”

If Canyon County were to raise their sales tax to fund a new jail, Rice said this would cause people to do their shopping outside of the county.

“People will go across counties to avoid it,” he said.

It’s an argument the sheriff disagrees with.

“Today’s world we are about instant gratification, it's instant, we don’t want to have to drive to Boise or Ontario, or drive to Twin Falls when we want to buy it,” he said.

Another reason why Rice is against a local option sales tax is because anything that is done in the state Legislature needs to work for the entire state and not just Canyon County.

"Just because there is one option the commissioners in this county or some of the elected officials have chosen and said this is the solution doesn't mean it's the best solution,” he said.

Overall, Canyon County leaders are looking for any possible solution, and say they need lawmakers to help to do it.

A lot would need to happen in order to let counties or cities raise their sales tax. Lawmakers would have to introduce the bill and pass it in both chambers. The governor would need to sign it.

After that, counties would need to convince voters to pass it with a two-thirds majority.