The Boise National Forest Service is redoubling its call for people to clean up after themselves after dealing with mounting issues at the popular hot springs site. 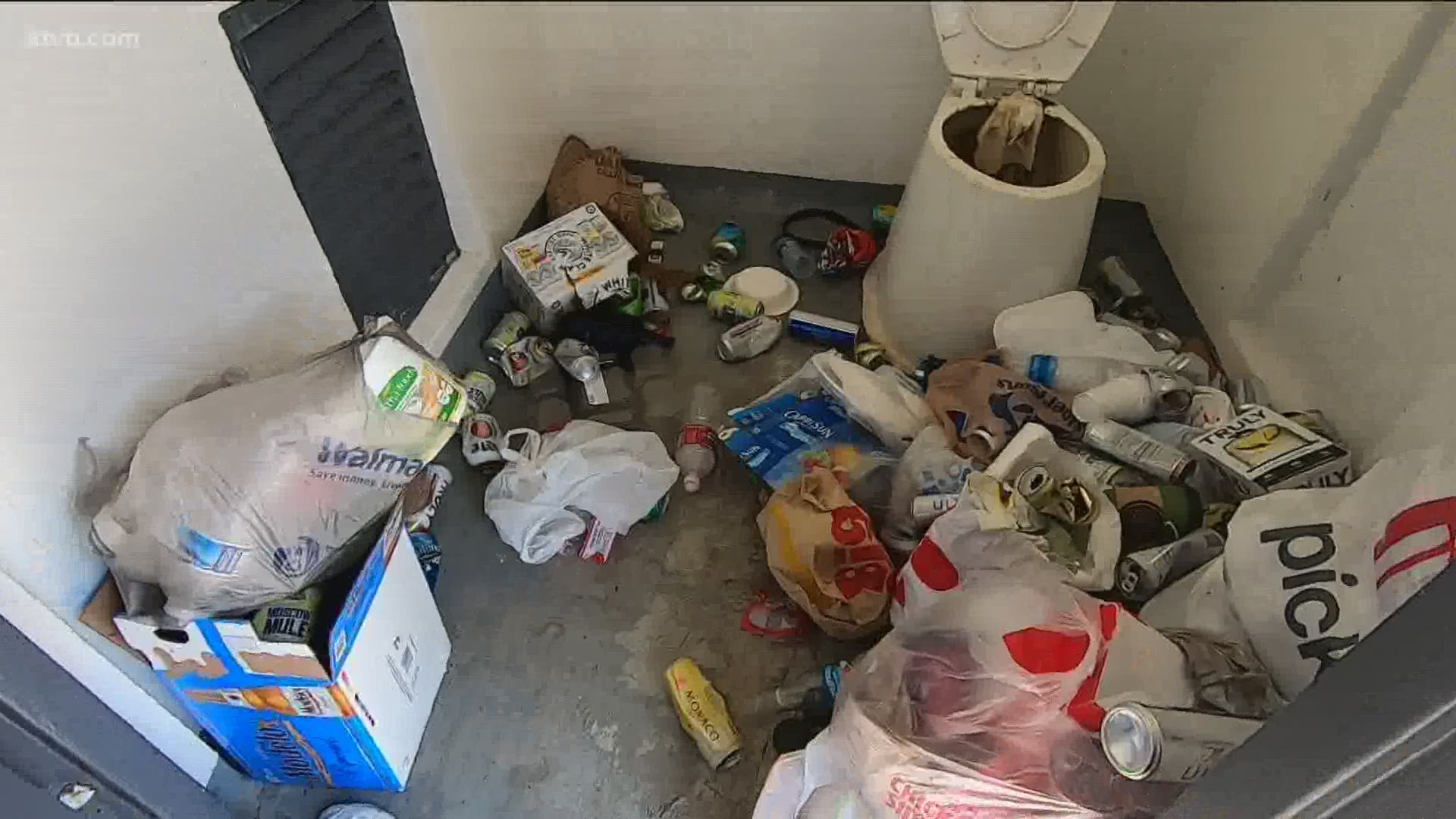 LOWMAN, Idaho — The Boise National Forest Service is redoubling its call for people to clean up after themselves after dealing with mounting issues of trash and waste at a highly-visited hot springs site.

Kirkham Hot Springs, located west of Lowman along the Payette River, has long been a popular site for a soak. That popularity only soared higher during the COVID-19 pandemic, when many activities were canceled and many Idahoans turned to outdoor recreation for something to do.

The hot springs are situated on public land and are meant to be a natural amenity for all to enjoy. But Forest Service managers say the amount of garbage left behind is an increasing problem.

“It’s people that are being irresponsible and not caring about their public land, which we all own," said Sean Glaccum, a resident of Lowman.

Glaccum and his wife said this past year, the amount of trash left behind at the hot springs area has gotten worse.

“People don’t abide by the pack it in, pack it out," Glaccum said. "It’s just building up and the area is becoming less attractive.”

On Tuesday, the Boise National Forest posted a photo on Facebook of mounds of trash left behind in one of the vault bathrooms at Kirkham Hot Springs. The image shows a huge pile of empty beer and seltzer cans, fast food bags, diapers, discarded clothing and other refuse.

Since trash services with the National Forest Service are not operating right now, locals like Glaccum are finding themselves having to pick up after visitors.

“I would say anytime I go over to the hot springs, I’m coming back with something," said Glaccum.

The Boise National Forest warned back in October that they were considering closing the campground at Kirkham Hot Springs in order to keep the issues at bay. Their social media post on Tuesday morning garnered commenters shaming those who did not clean up after themselves, with some calling for the hot springs to be cut off from public access entirely.

It's unclear whether the Boise National Forest has plans to change its enforcement or limit public access in response to the continued issues at the site.

Several popular public land recreation spots around the area have been closed to visitors in recent years, including Grimes Creek in Boise County and Skinny Dipper Hot Springs near Garden Valley.

Everyone who heads into the outdoors to recreate should practice Leave No Trace principles by picking up after themselves, packing out any trash, and leaving any site they visit as good or better than they found it.

RELATED: 'Every weekend has been like the Fourth of July': Officials consider closing Kirkham Hot Springs due to overuse

RELATED: Temporary emergency closure ordered for Grimes Creek due to 'heavy recreation use'