'Every weekend has been like the Fourth of July': Officials consider closing Kirkham Hot Springs due to overuse

People come from all over to enjoy the popular hot springs near Lowman, and the increased usage in recent months is apparent by the amount of trash left behind. 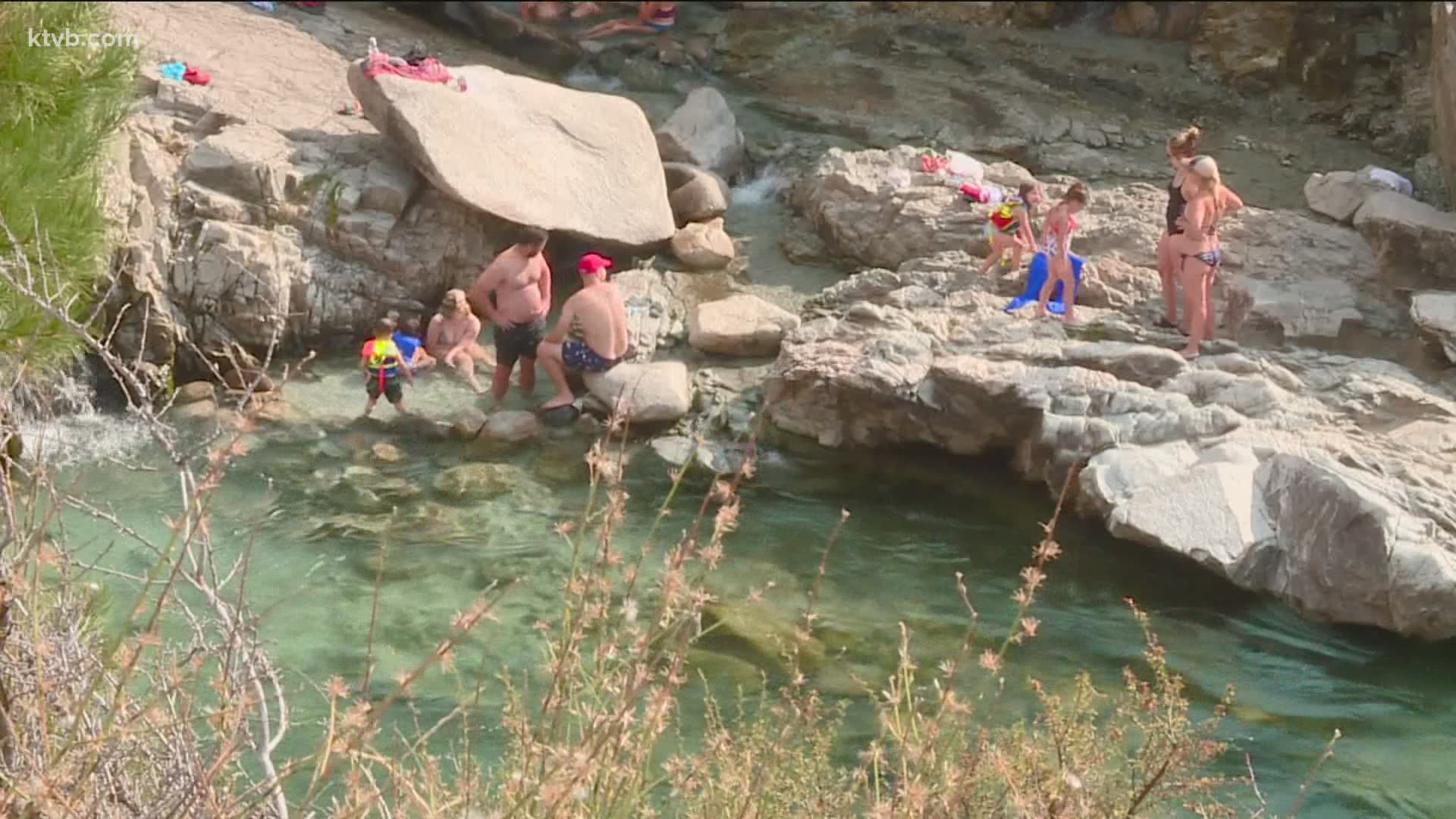 LOWMAN, Idaho — As we soak up the last bit of warmer weather, people are flooding into Lowman to soak up the warm water at Kirkham Hot Springs.

But the surge in visitors is leaving an impact on the local community and the natural beauty of the hot springs, and now the Forest Service is considering closing the campground to cut down on overuse.

People come from all over to visit the popular hot springs, and the increased usage in recent months is apparent by the amount of trash left behind.

"In the last six or seven months, you know, this has been an ongoing issue for a much longer time than that, but you know this has been exacerbated dramatically," said Lowman resident Alex Wright. "I have found just the worst things out here. Just to name a few, the ones that I really start getting irritated at is when I find needles in the lower pool, I find needles in the parking lot."

Wright said he's made it a routine to go out and pick up trash left behind.

"Why do people do this I have no idea," he said. "All I know is that I have to end up kind of dealing with this and I've been trying to not get overly angry over this because I know, the problem is that it's nobody's fault but that it's everybody's fault."

Brian Eversole, a recreation management specialist for the Boise National Forest, said the overcrowding has led to trashing - a problem that should be simple to fix.

"Honestly, every weekend has been like the Fourth of July for us here and every weekday has been like a weekend," Eversole said. "So really a lot more users here out enjoying the forest which is really a great thing. It's their public land and we encourage folks to come out here and use the forest. We just want to do that in a way that's responsible and ethical by practicing Leave No Trace [principles].

Wright agreed that if people would simply leave the site better than they found it, there really wouldn't be a problem.

"There's really no excuse to why either folks can't pack their trash out with them, or put it in the dumpster on their way out of the parking lot," he said.

The gate to the Kirkham Hot Springs parking lot will close on Oct. 24. The Forest Service is considering re-engineering the space to encourage single-day use only.