Littering and poor camping behavior is not a new problem, but the Grimes Creek area of Boise County is seeing far worse etiquette than in years past. 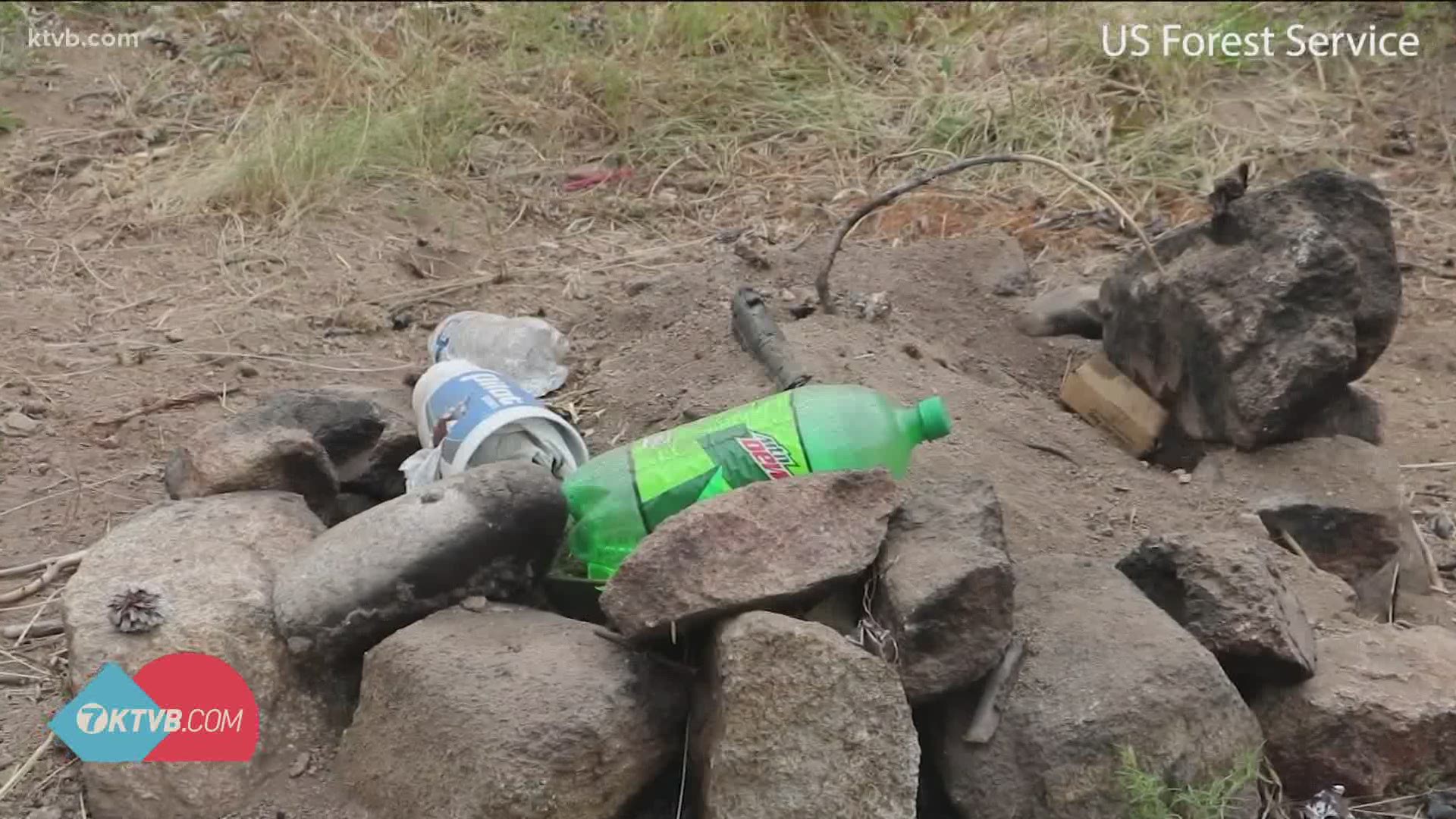 In popular camping areas, specifically in Boise County, the summer has been a real challenge. Visitors are simply trashing campsites, showing no regard or respect for the area, according to Emergency Manager for Boise County Bob Showalter.

“It’s been getting progressively worse every year, but this year it really seems bad,” Showalter said.

Visitors have not treated their sites with respect this summer, which lead to the temporary closure for a part of Grimes Creek.

“We’ve seen a lot of trash left behind, a lot of human waste with toilet paper and off to the side, bottles and diapers,” Showalter said. "Pretty much if there is a camping spot, you will have some areas that are abused and trash left behind.”

People leaving debris on their campsite is not a new problem, but this summer has been worse than previous years, according to Showalter.

"The reason we believe is the pandemic," Showalter said. "People were locked up and staying at home and when they couldn’t go to work and do other things they got in their campers and came up to go camping."

Being so close to the Treausre Valley, Grimes Creek draws a lot of traffic. Visitors continue to create a mess that the Boise County locals have to clean up, however.  Along with the people of Boise County, emergency managers are partnering with the Idaho City Ranger District to address the issues.

“A lot of the residents up there will go in afterwards with their bags and will clean up the campsites, and no, it’s not their responsibility to do that but it’s where they live," Showalter said. "We just hope that people who come up to recreate in the county, not just Grimes Creek but just anywhere in the county or in the state, that they pack out what they pack in. It’s just such a simple concept, I don’t understand how people can’t just take some garbage bags with them and pack up their garbage and take it home."

Another major issue the recreation area has been faced with is reckless handling of campfires, in which they are left without being completely extinguished.

Like the sanitation problem, the locals are forced to continue to clean up after visitors.

“A lot of times you will have volunteers that go into the campsites after the weekend, residents and volunteer firefighters, and they go into the campsites to make sure that the fires are completely out," Showalter said. "If a wind comes up and they reignite, that’s their neighborhood. They stand to lose their homes possibly by these fires that are left unattended or just left hot."

Showalter has a simple message to visitors: come up and enjoy what they have to offer but take responsibility and treat the area with respect.