As BYU joins the Big 12, what do Boise State coaches think of the Broncos' rivalry with the Cougars?

"I think they're a dangerous opponent, we need to have all our focus on them and respect the game as much as possible," BYU's head coach said on Monday. 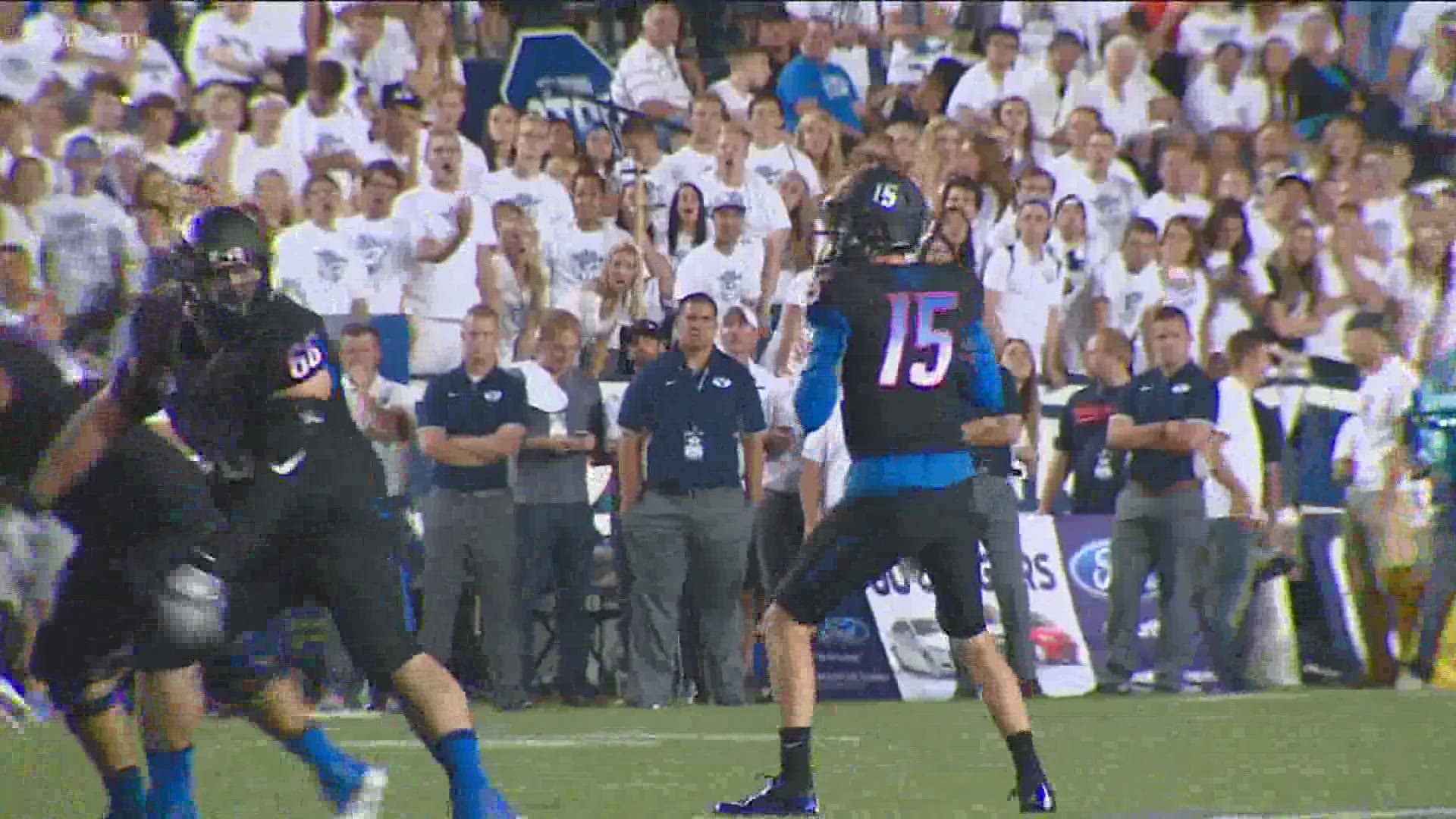 BOISE, Idaho — The Boise State Broncos have storied rivalries with schools from their time in the Western Athletic Conference. While no other rivalries have truly blossomed with new foes in the Mountain West Conference, one team from Utah has become one of the Broncos' biggest rivals.

The Brigham Young Cougars and Boise State Broncos only played twice in 2003 and 2004 before the two programs started an annual series in 2012. The first four games of the Broncos-Cougars swung back and forth between the teams, with Boise State going 2-2 against BYU.

For a few years, the Broncos had the Cougars' number dialed in and beat them for three straight years. Now it's the Cougars who have a two-win streak over the Broncos. Boise State is all-time 7-4 against BYU.

Boise State head coach Andy Avalos was a starting All-WAC linebacker for the Broncos when they first played BYU in the 2000s. Despite the Cougar's big 51-17 win last year, Avalos said the rivalry is fueled by how close the games have been.

During his press conference on Monday, BYU head coach Kalani Sitake said the question of whether or not the Cougars' series with the Broncos will continue when BYU joins the Big 12 Conference is for the athletic director, not him. However, Sitake did praise Boise State.

"I think it's a first-class organization from the university to the athletics department to the football team, so yeah, I respect them a bunch and we said, we're looking forward to this matchup, but this is a team that we're used to playing against," he said.

With BYU accepting the Big 12's invitation to join the Power 5 conference, their series with Boise State could end since the series has a clause that allows either team to opt-out if they join a Power 5 conference.

In 2019, BYU and Boise State extended their series through 2034, with 21 total games being played over the course of 22 years.

Sitake added that the two programs have close internal ties between the coaches and players.

"Geographically, we're close enough where we know that there's some local people that are there and I said we have players on our team that are good friends with players on their team so it'd be a lot of fun, a great coaching staff and I think they're a dangerous opponent, we need to have all our focus on them and respect the game as much as possible," Sitake said.

For Boise State tight ends coach Kent Riddle, who is entering his 13th year as a Boise State coach, he said he tries not to get caught up in rivalries but added that the Cougars-Broncos series is so hotly contested because both teams expect to win when they walk onto the field and both squads have good players and coaches.

"I think a lot of our players know each other so there's competitiveness in that," he said on Tuesday. "We're always excited to go play them wherever it is. We've had some great battles and we need to come out on top on this one."

One of the Boise State coaches that the BYU staff has grown to know is Broncos assistant head coach and defensive line coach Frank Maile, who was on the Utah State Aggies' coaching staff off-and-on in various positions. Utah State is one of BYU's two in-state rivals.

Avalos also said that the rivalry game between the Broncos and Cougars means a lot in the West.