How to watch Boise State play No. 10 BYU on Saturday

When the Broncos take the field on Saturday afternoon, they'll do so in front of a sold out crowd at LaVell-Edwards Stadium. 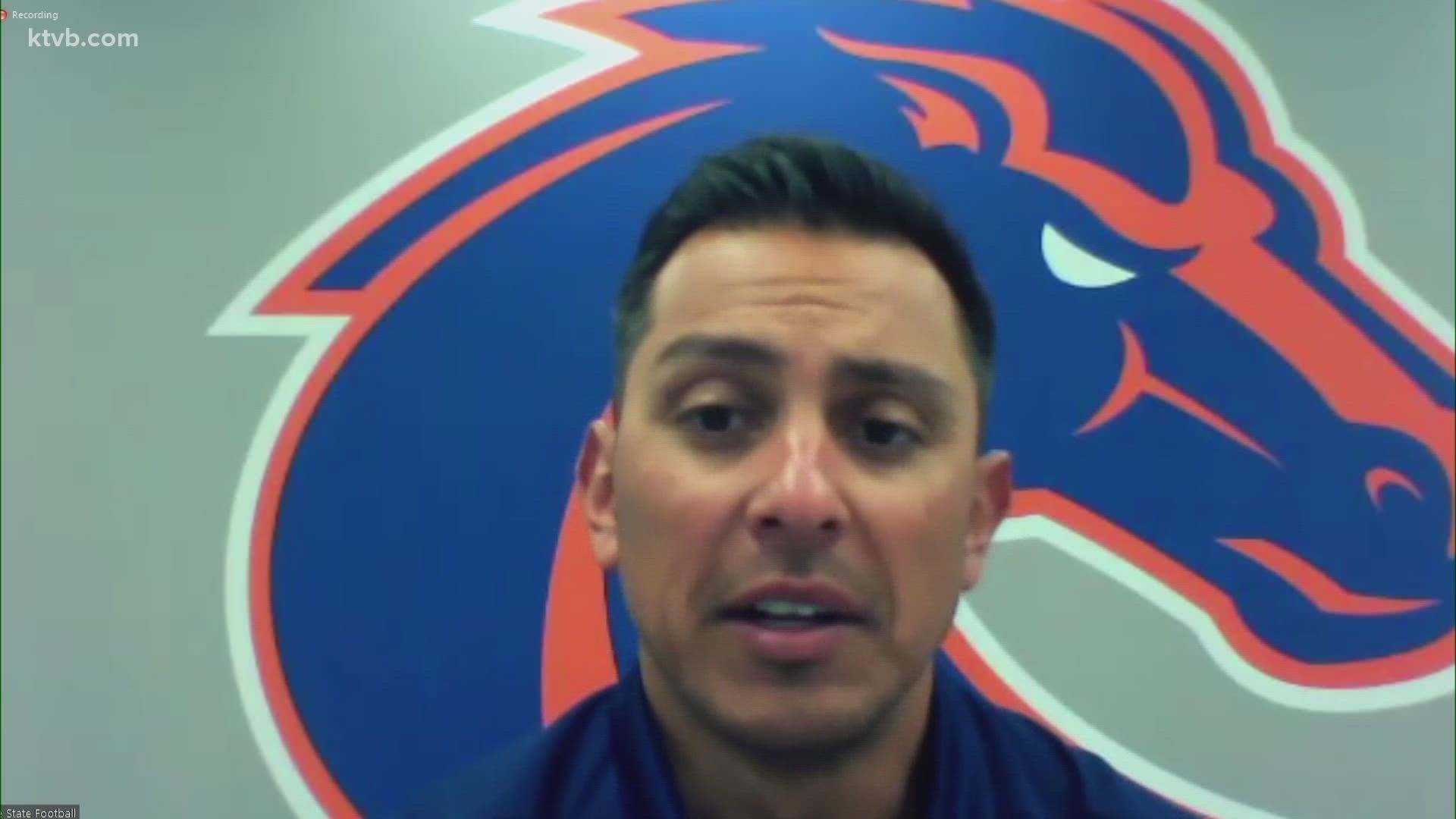 BOISE, Idaho — Editor's Note: The video above is from Andy Avalos' press conference on Monday, Oct. 4.

If there was a time for the Boise State football to right the ship and course correct the season after a 2-3 start, Saturday would be the best time for it.

In week six of the college football regular season, the Boise State Broncos will take on the No. 10 ranked Brigham Young Cougars on Oct. 9 at 1:30 p.m. MT in LaVell-Edwards Stadium in Provo, UT.

The game will be nationally televised on ABC. Scroll down to find more ways to keep up with Saturday's rivalry game.

The Cougars of Brigham Young University are ranked tenth in the AP Top 25 Poll and are 5-0 on the season.

Boise State is still looking for consistency this season as they enter week six with a 2-3, with all three losses combing for a total of 16 points.

The Cougars will be searching for their third-straight win against Boise State on Saturday, while the Broncos will be looking for a season-defining win and consistency on offense.

When the two rivals take the field in Provo on Saturday, they'll be doing so in front of a sold-out LaVell-Edwards Stadium, which has a capacity of more than 63,400.

The rivalry game was set to be televised on either ABC or ESPN and was finalized for an afternoon kickoff on ABC last week.

The play-by-play announcer and the analyst for the game have yet to be announced by ABC/ESPN.

The game kicks off at 1:30 p.m. MT  Saturday and will be televised on ABC, which can be found on the following channels:

The game will stream live on the Hulu app, available in Apple and Android app stores. The service is only available to subscribers of participating cable and satellite television providers (including Sparklight, Dish Network and DirecTV).

KTVB's Bronco Roundup Game Day show will be live on KTVB Channel 7.1 on Saturday. Join Jay Tust and Will Hall for a look at all of the major storylines surrounding this matchup. KTVB's sports team will feature interviews and updates from former and current players during the show.