Going into week six, things are far from ideal, but the first-year head coach says he knows better days lay ahead. 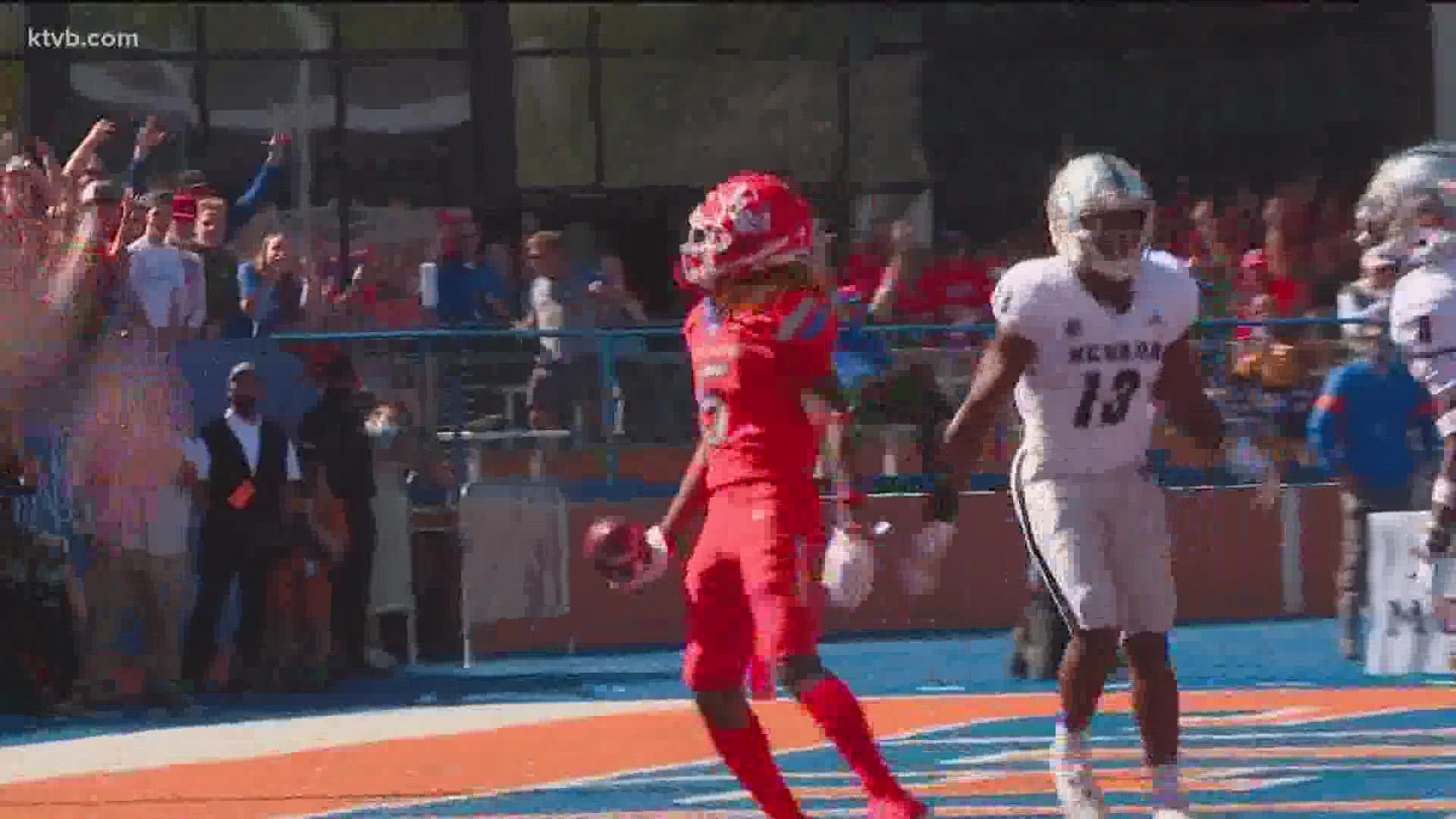 In the grand, wild landscapes of college football, there are plenty of worse places to be in than where the Broncos are. Yet, with a 2-3 record, with the three losses being by a combined margin of 16 points, the 2021 season is already far below standards for the Boise State football team.

Neither the coaches nor the players are shying away from that fact. Going into week six of the regular season, Boise State continues to find consistency on offense and struggle in the trenches on the line of scrimmage, on both offense and defense.

The Broncos won't have much room for error Saturday, Oct. 9, when they go on the road to Provo, Utah, to take on the tenth-ranked Brigham Young Cougars. BYU is 5-0 this season and has a two-game winning streak against the Broncos.

The last time the Broncos had such a rough start was in 2001 when Boise State went 2-3 and finished the season 8-4. However, that season also included one of the first program-defining wins for Boise State, when they upset eighth-ranked Fresno State 35-30 on the road.

"Well, two and three is not the standard, you said it. I mean, it's been a while," Avalos said during his press conference on Monday. "Have I been a part of a Boise State team in this position? Yeah, I have, and tremendous things have come from it, and I'll say that right out of the gates, and we're always gonna keep perspective. We have everything sitting right in front of us."

As a freshman linebacker in 2001, Avalos only appeared sparingly that season but became one of the Broncos' best defensive players over the three seasons that followed.

The Broncos won three straight Western Athletic Conference Championships from 2002 to 2004 and went a combined 36-3 over that span. Avalos also racked up 355 career tackles those years, putting him fourth all-time for career tackles in Boise State history. The former linebacker also earned All-WAC Honors in 2003 and 2004.

Following the Broncos' 31-41 loss to the Nevada Wolf Pack last week, the team's leaders met and discussed the team's future this season. The 15 members of the team's leadership council are picked from each position group and are elected not only by their teammates but the rest of the staff of the program as well, according to Avalos.

"I mean, we could have been in there for five hours talking on the things and their belief in where they want to go from here and how they want to finish this season. And then for them to come here this morning and in the way we practice, and the way that the attention to detail, and how they're leading," Avalos said. "It makes you feel really grateful to be a part of something even during these tough times because tough times don't last, tough people do."

Avalos did not share who was on the leadership council.

Bronco Nation and the team itself won't find out if they've made the right corrections or adjustments until the Broncos take the field against the BYU Cougars at LaVell Edwards Stadium at 1:30 p.m. MT on Saturday, Oct. 9.