Curt Apsey: Boise State football games could be limited to 25-30% of normal capacity due to coronavirus concerns

"If there's no football season, you have to think about the loss of ticket sales, seek donations, concessions, TV revenue, sponsorships," the Boise State AD said. 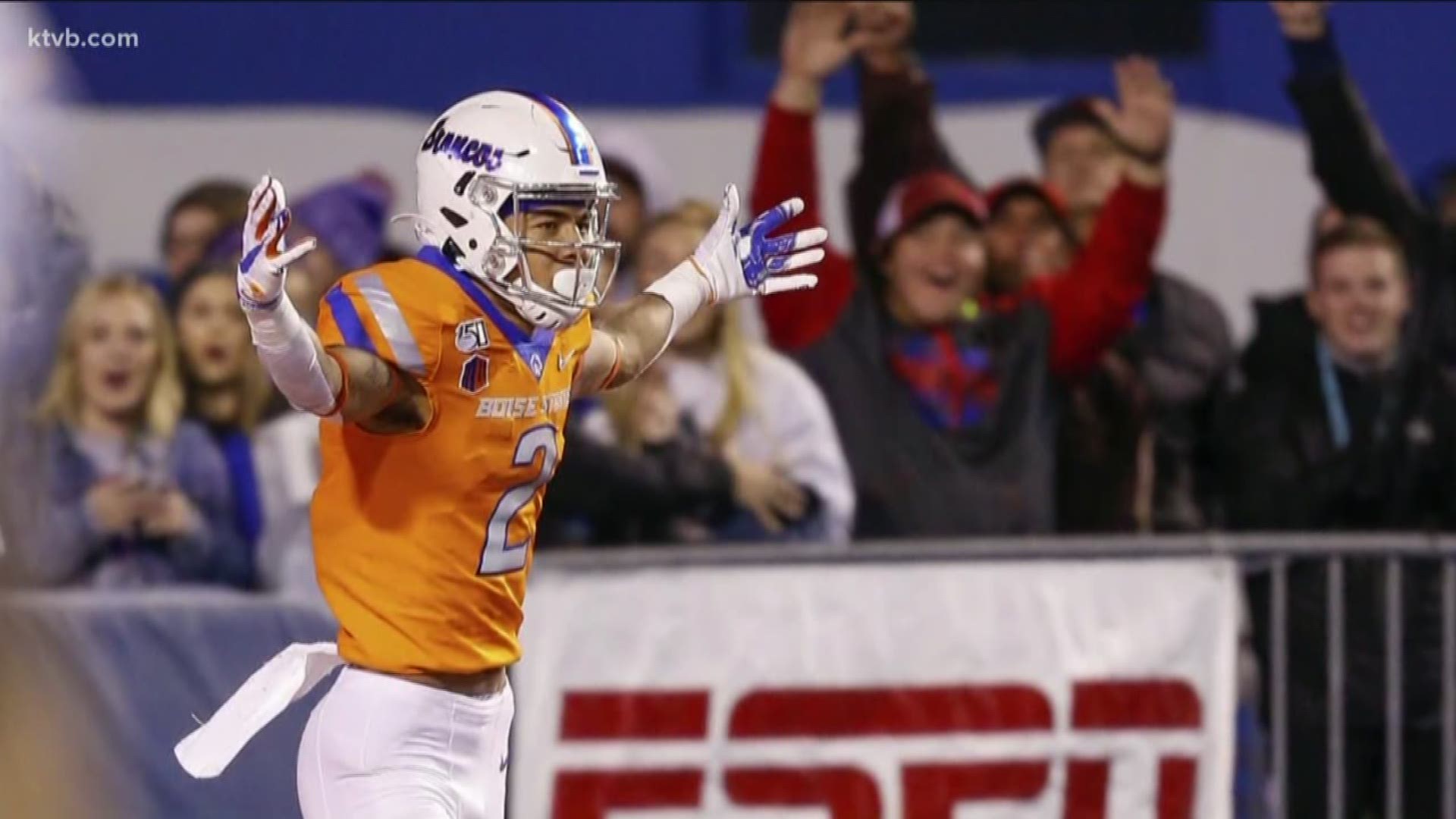 BOISE, Idaho — The potential reality that this upcoming college football season could be canceled is something Boise State director of athletics Curt Aspey hopes he doesn't have to face but has to prepare for.

"If there's no football season, you have to think about the loss of ticket sales, seat donations, concessions, TV revenue, sponsorships, and in Boise State's world that, that adds up to a lot of money," Apsey told KTVB. "It's almost 40-50% of our budget."

Even if there is a football season, the revenue normally generated by the program will still take a significant hit this year.

Boise State recently informed season-ticket holders about anticipated COVID-19 guidelines for the upcoming season. The social distancing rules they plan to put in place suggest that attendance would be capped around 25-30% of the actual capacity at Albertsons Stadium.

"There's going to be safety measures," Apsey said. "We will go in priority order of the season ticket holders who have already purchased tickets. Then we're going to put a six-foot diameter around those seats and we're going to seat the next person, and so on and so on."

One thing that could help fill the financial gap is the added availability for fans to purchase alcohol in more common areas. Boise State intends to sell beer and seltzer on the main concourse of Albertson Stadium this season, a decision that was revealed earlier this week.

"Hopefully we generate some revenue and people can enjoy it responsibly and we'll have the right protocol in there to make sure it's safe."

Editor's Note: The following interview between Jay Tust and Boise State AD Curt Aspey has been edited for clarity and/or grammar.

JAY: How complicated is it to figure out how many people you can fit into Albertsons Stadium this fall and what is the timeline on figuring it out?

APSEY: I think it's really hard for a ticket holder to determine whether or not they want to come if they don't know what the guidelines are going to be. So we felt that it was very important that our fans at least knew as much as they can as to what to expect if they were going to buy the ticket. So whether it's six-feet apart, wearing a mask, or limited concessions, the biggest thing for us is to determine what that definition of social distancing is, and right now it's six-feet. So we will go in priority order of the season ticket holders who have already purchased tickets. And then we're going to put a six-foot diameter around those seats and we're going to seat the next person, and so on and so on. So [capacity] is probably going to be in that 25-30% range. There's going to be safety measures and we sent out some information to our season ticket holders earlier this week, and it says right in the letter, it could change. As of today, that's the plan.

JAY: When it comes to alcohol sales, was this something that was planned for this year even prior to COVID-19? Because I think that some might look at it and say this might be a way to make up a potential financial gap.

APSEY: We had a lot of conversations with the Idaho State Board of Education and we felt confident at a certain point that it was going to happen. And then once COVID hit, honest to God, fellas, we didn't even talk about it. Then it just kind of fell into place where we're going to have a chance to generate some revenue in a very very tough time, so that makes sense. We do think it's going to improve the fan experience for the people that want to enjoy an adult beverage at the game, and then we looked at this might be the best time to try and make it work because of reduced crowds at the stadium.

JAY: As you look at other programs that have sold alcohol at their stadiums or venues in the past, what is your biggest concern with this, Curt? And is it something that is just for this year? Is it truly kind of an evaluation year for alcohol sales at Bronco football games?

ASPEY: I wouldn't necessarily think it's an evaluation on whether or not we're going to continue it or not, I think it's more of just making sure that we're doing it the right way. It's happening all across the country. Any sporting event venue you go to, you have the opportunity to do that, and we wanted to make sure that our fans can enjoy something like that. And hopefully, we generate some revenue and people can enjoy it responsibly and we'll have the right protocol in there to make sure it's safe.

JAY: I saw a tweet, talking about the athletic department over at Iowa State this week, and they were saying that they might lose $70 million if football season doesn't happen. What's your level of concern about the financial ramifications if football season is canceled at Boise State?

APSEY: Well, you guys have seen the decisions that we've made lately. And it wasn't just the discontinuation of two sports. I mean, we've asked all of our coaches to chip in, which they've done an unbelievable job of up to this point. If there's no football season, you have to think about the loss of ticket sales, seek donations, concessions, TV revenue, sponsorships, and in Boise State's world that, that adds up to a lot of money. It's almost 40-50% of our budget. So it would be detrimental to us if that didn't happen.

RELATED: College of Idaho's coach on moving football to the spring: 'I just don't think that postponement solves all the issues'