One of the possible scenarios Saturday in Provo: Jacob Conover will be this year’s Baylor Romney in the BYU-Boise State game. 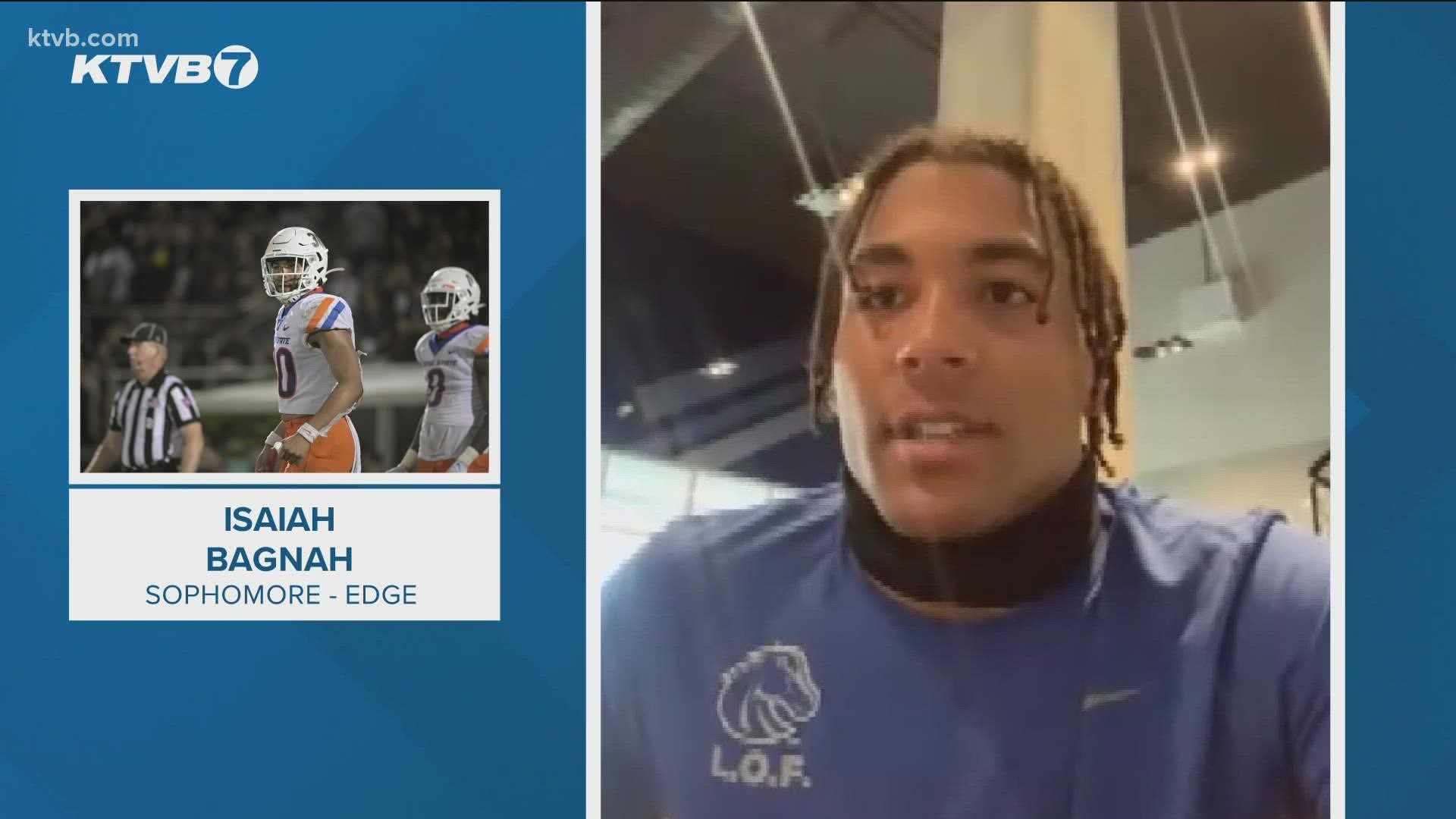 The latest word out of Provo regarding the BYU quarterback situation Saturday: if the Cougars are lucky, it’ll be Jalen Hall. If they’re not, it’ll be third-stringer Jacob Conover. BYU is cautiously optimistic that Hall, the starter, will be ready after bruising his ribs against Arizona State. Conover had to come on for Baylor Romney, now the No. 2 QB, when he went down with an apparent concussion last Friday at Utah State. The last time the Cougars had to resort to a No. 3 quarterback as a starter was in 2019, when Romney came on against Boise State with Zach Wilson and Hall on the shelf. All Romney did was throw for 221 yards and two touchdowns in BYU’s 28-25 takedown of the No. 16 Broncos. Conover, if he’s the guy, will be channeling his inner Baylor Romney Saturday to try to protect BYU’s 5-0 start and No. 10 ranking.

ALL EYES ON THE SECOND HALF

It doesn’t take a rocket scientist to figure out that Boise State has had problems in the second half in all three of its losses. Dare I say, however, that there was progress made last week? Sure, the three Broncos turnovers blew things up. After netting just 64 yards after halftime against both UCF and Oklahoma State, Boise State gained 197 versus Nevada. The Broncos were a combined 2-for-11 in third down conversions in the first two losses and 6-for-11 against the Wolf Pack. On the other side of the ball, Boise State allowed 303 yards in the second half against the Knights—then 153 to the Cowboys and 154 to the Pack. UCF and OSU combined to go 14-for-22 on third down against the Broncos; Nevada was 0-for-5. Ten of the Wolf Pack’s points came on turnovers and seven more followed a shanked punt.

THE BREAKTHROUGHS VS. THE TOP 10

Saturday’s game at BYU will mark the seventh time ever Boise State has gone against a top 10 FBS team. The last time was, well, last November when the Cougars were ranked ninth and won 51-17. But four of the biggest victories in school history came in the previous six contents versus top 10 teams. There was the program-defining win at No. 8 Fresno State in 2001, the triumph over No. 7 Oklahoma on New Year’s Day 2007 (that needs no further introduction), the victory over No. 4 TCU in the second Fiesta Bowl, and the decision over No. 7 Virginia Tech in the made-for-TV Labor Day opener in 2010. Dan Hawkins was on Idaho SportsTalk Wednesday and called those games “breakthrough moments.” The 2001 Fresno State game? The ultimate breakthrough moment for Hawkins.

AND THEN THERE’S CINCINNATI’S BREAKTHROUGH

Stewart Mandel has been covering college football for a long, long time. We were quoting him a lot 10 years ago. So he has an interesting perspective on this season’s Cincinnati phemonenon. “The backlash started as soon as the Notre Dame game was over, and I knew it would, because I saw it with Boise State,” writes Mandel at The Athletic. “The Broncos were lovable little Cinderellas after they beat Oklahoma in the 2007 Fiesta Bowl on the famous Statue of Liberty play, but by 2010, after they started the preseason in the top 5 and beat Virginia Tech, it felt like half the country turned on them—particularly the entire SEC footprint (‘They play nobody! They’d go 6-6 in the SEC!’) Cinderella is cute and cuddly until she becomes a direct threat to your own team and/or conference, at which point they’re a total fraud.”

BENGALS GET THE SURGING CAL AGGIES

Speaking of Hawkins, this is not the best way to get over the hump for Idaho State. The Bengals host the No. 7 FCS team in the land Saturday as Hawk and UC Davis head for Holt Arena. “We have talent, experience and depth,” said Hawkins Wednesday. “And we have outstanding culture.” Meanwhile, College of Idaho is statistically dominant this season, but that’s not reflected in the Coyotes’ 3-2 record. The Yotes are outscoring opponents 29 to 17 on the average. They’re outgaining their foes 425 yards to 287 per game. Passing numbers are about equal, but rushing numbers are not—232 yards per game for C of I and 88 for the other guys. The Yotes will try to make that data stand up when they visit Montana Tech Saturday in Butte. The Orediggers are 2-3.

Golfers had the upper hand at TPC Summerlin in Las Vegas Thursday, with 125 players at par or under. Troy Merritt was not one of them, shooting a two-over 73 in the first round of the the Shriners Children’s Open. Fellow former Boise State standout Graham DeLaet was at Albertsons Stadium with his family last week. He is not in the field this week in Vegas. DeLaet had originally targeted late September for a return to the tour from his latest back ailment, but nothing yet. What a tough row to hoe for DeLaet.

BATES NO. 2 ON THE TWO-DEEP

Through a teammate’s misfortune, John Bates gets his chance to climb the ladder this week for the Washington Football Team. WFT starting tight end Logan Thomas has been placed on the injured list with a hamstring problem, moving Bates up to No. 2 on the depth chart for probably the next month. The Boise State product, Washington’s fourth-round draft pick last spring, has logged some snaps on offense this season, but he’s still looking for his first NFL catch. Bates was often looking for catches as a Bronco—he had just 47 in his four-year Boise State career. Whenever he did make a grab, he looked the part of a very skilled tight end.

As Idaho Steelheads players arrive today for physicals and prepare for their first training camp practice Saturday, the franchise gets the juices flowing Saturday night with the organization’s 25th Anniversary Reunion game in Idaho Central Arena. Among those suiting up for the teams captained by Cal Ingraham and Marty Flichel, two of the franchise’s all-time greats, are five members of the first Steelies team in 1997: Scott Davis, Troy Edwards, Sam Fields, Mario Therrian, and Marco Pietroniro. Think about it—these guys have to be approaching their upper 40s now. Other names that caught my eye from the olden days include one-time enforcer Jeremy Yablonski and goaltender Blair Allison.

During a Monday Night Football contest in front of a raucous home crowd in the Superdome, New Orleans Saints quarterback Drew Brees breaks Peyton Manning’s NFL career record for passing yards in a 43-19 rout of Washington. Brees wasn’t picked until the second round of the 2001 NFL Draft out of Purdue and spent the first five seasons of his NFL career in San Diego. He was in his 13th season with the Saints when he topped Manning’s 71,940 yards. Brees finished with 80,358 yards, a record that was just broken last Sunday night by Tom Brady.