College football rivalries are a big deal. Until something more important comes along. 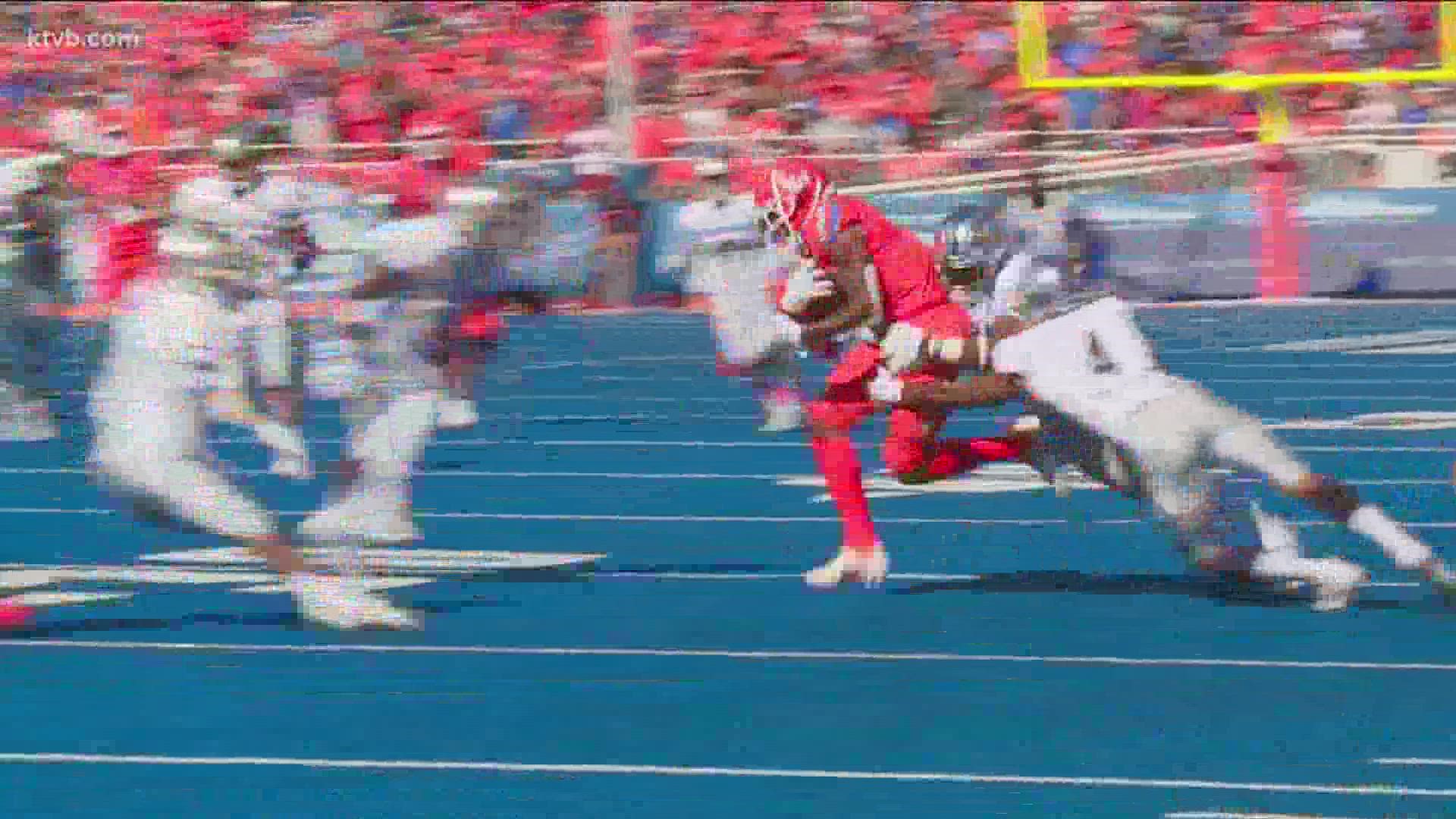 Saturday in Provo, Boise State and BYU will play the 10th game in a 12-year home-and-home series dating back to 2012. It has developed into a nice rivalry to be sure. Nothing along the lines of Texas-Texas A&M or Nebraska-Oklahoma or, um, Boise State-Idaho. Funny thing: none of those three exists anymore (although the Longhorns and Aggies will meet again). College football realignment has killed lots of great rivalries, and it would be surprising if the Cougars’ move to the Big 12 in two years doesn’t wipe out the annual Broncos-BYU tilt. The current series ends next year with one more game on the blue turf. Then, after a one-season hiatus, it’s set to resume in 2025 and cover 10 more games. But count me among those who feel Part II of the series will not happen. Boise State to the Big 12 someday is the only hope.

HOW IT UNRAVELED LAST NOVEMBER

The point spread for Saturday’s game is up to 5½ points from the unfathomable one point we heard about on Sunday. But how realistic is 5½ considering that the Cougars won by 34 points on the blue turf last year and are now at home in Provo? The primary memory of the 2020 game is that it was the Broncos’ worst home loss in 24 years. And BYU was by far the better team. But this year’s game should be closer, if only because of intangibles. Last November, the Cougars were playing their eighth game of the season following a traditional August fall camp, and the Broncos were playing their third. And, of course, there was Boise State’s bizarre quarterback situation. Hank Bachmeier was out, Jack Sears was hurt in the first quarter, and true freshmen Cade Fennegan and Andy Peters had to go virtually the entire way.

BYU made a statement early last year, as Tyler Allgeier busted off an 86-yard touchdown run less than four minutes into the game. Allgeier finished the night with 123 yards on only 14 carries. Was that a one-off for the converted linebacker? Hardly. He rushed for 1,130 yards and 13 touchdowns for the season, averaging an eye-popping 7.5 yards per carry. There’s been no dropoff this year. If you watched the Cougars 34-20 win at Utah State last Friday, you know that. Allgeier romped for 218 yards and three TDs against the Aggies. And he’s running behind perhaps the best offensive line in the West.

Part of Boise State’s second-half futility this season is the fatigue caused by the Broncos’ lack of depth up front. Like the offensive line, the D-line has been pared down to the point that endurance is an issue. Is that the reason Nevada’s Toa Taua went off in the third quarter last Saturday? Maybe it was just halftime adjustments by the Wolf Pack. But with Shane Irwin and Divine Obichere out and Scale Igiehon still away on his personal leave of absence, that unit was taxed. The stakes against the run will be even higher at No. 10 BYU. Did I mention Tyler Allgeier? Only UTEP has failed to produce a 100-yard rusher against the Broncos this season.

What are the chances Kellen Moore will become an NFL head coach sometime in January? I’d say pretty good. That’s what the experts are predicting for the former Boise State great, now the Dallas Cowboys offensive coordinator. Last Sunday he was tasked with outsmarting the league’s best defense, and the Cowboys came away with a 36-28 victory over Carolina. Moore did not have Dak Prescott throw 50 times. Not even 25 times. How about 22? Prescott still threw for 188 yards and four touchdowns (one of them former Bronco Cedrick Wilson). Moore went to the ground game this time, with Ezeliel Elliott rushing 20 times for 143 yards. Whatever it takes. The Cowboys are 3-1, and Kellen’s got it goin’.

Idaho star linebacker Tre Walker is having a solid season for the Vandals. Maybe not spectacular, but solid. Going into the homecoming game against Portland State in the Kibbie Dome Saturday, Walker has made 32 tackles, three of them for loss, with no sacks. He’s tied for 11th in the Big Sky—with fellow Idaho linebacker Fa’Ava Fa’Avae, the junior transfer from Washington State. Fa’Avae has logged 2.5 tackles-for-loss, including a shared sack. This week’s game against the Vikings can only be seen as must-win for the Vandals. They have just one Big Sky loss, the one in the opener at UC Davis last Saturday, but they’re staring at a road trip to undefeated and fourth-ranked Eastern Washington next week.

Kyle Schwarber and Gleyber Torres both played for the Boise Hawks in 2014. Neither was here very long, and Schwarber was gone before Torres arrived. Both were on the field Tuesday night in the American League Wild Card game—Schwarber for the Boston Red Sox and Torres for the New York Yankees. It’s Schwarber who will move on to the divisional series against Tampa Bay, as the Red Sox won 6-2. And Schwarber helped, doing what he does in the postseason: hitting a home run.

Schwarber’s power numbers have gone down since he was acquired by the Red Sox from Washington this summer (he hit 25 home runs for the Nationals and nine for Boston). But Schwarber’s average has gone up; he’s hit .291 since the trade. He opened the season in Boise in 2014. But after hitting .600 with four home runs in five games, the Cubs started moving him up the ladder. Torres turned in a steady season for the Yanks, hitting .259. He played seven games for the Hawks at the end of the 2014 season, batting .393.

A sobering night in Boise State’s first year in the WAC. Rice’s option attack took apart the Bronco defense to the tune of 430 rushing yards in a 45-14 rout in Houston, dropping the Broncos to 2-3 (sound familiar?). And the Owls did it on a record 82 carries, getting that many because of Boise State’s inability to get out of a drive. Little did we know the conference loss to Rice would be one of only five the Broncos would experience in 10 years in the WAC. It was 13 days later that Boise State turned a corner in its football history with the landmark 35-30 upset of No. 8 Fresno State.