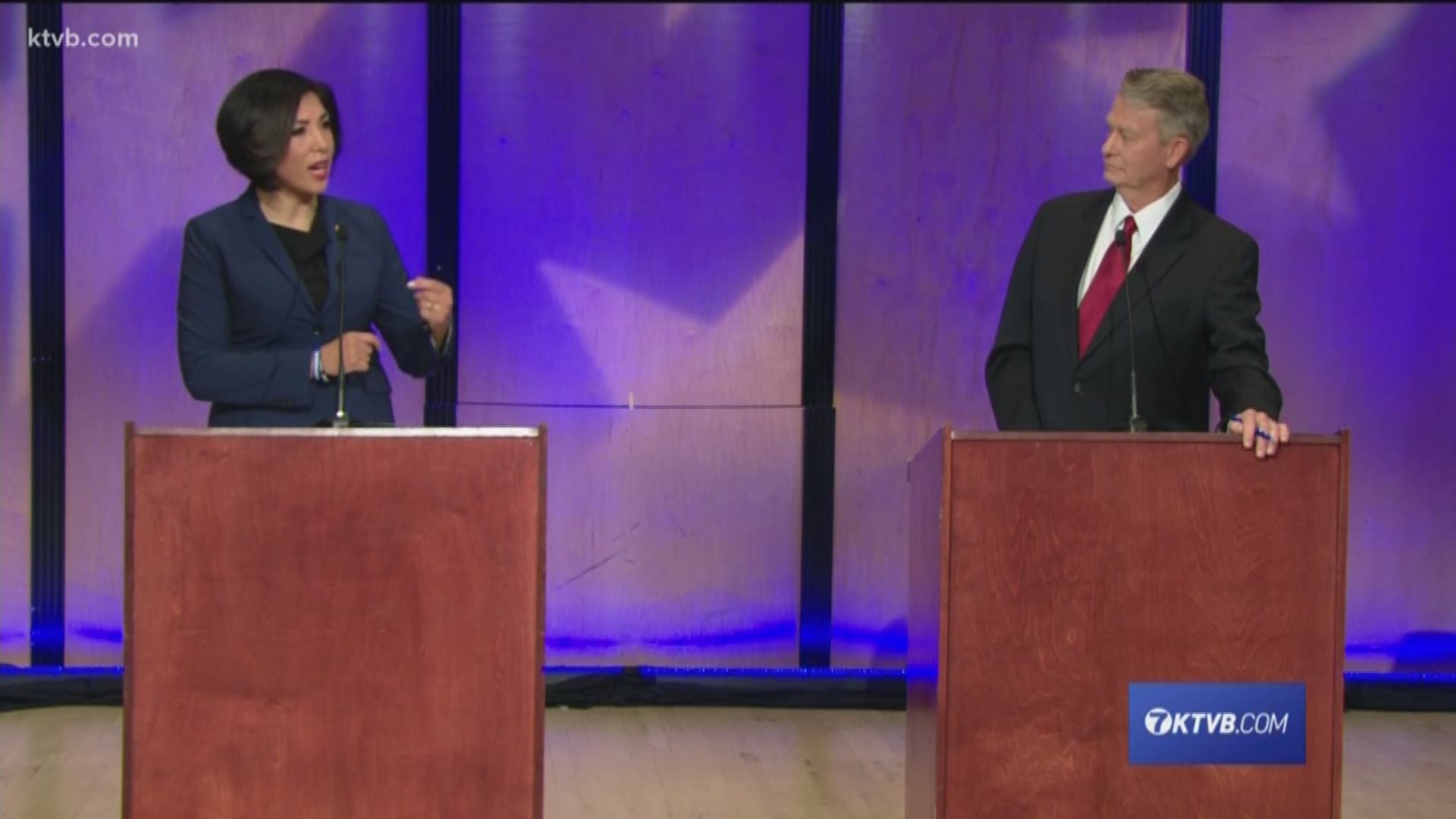 But, was everything Lt. Gov. Brad Little and Paulette Jordan said true?

During the heated debate, panelist and Idaho Reports host Melissa Davlin asked Little about a news release put out by Paulette Jordan's campaign accusing Little of allowing fracking on his private property.

That release said in part, "In November of 2013, Little signed a lease with Snake River Oil and Gas to give access to more than 2,000 acres of his land in Canyon and Gem Counties for fracking."

When asked about that, Little became very animated.

"I don't know where you got that because there has been no fracking in Idaho," Little responded.

Jordan did not shy away from continuing to push the issue.

"The fact that our current Lt. Gov here is saying that this isn't an issue, and he is not apart of bringing hydraulic fracturing to the State of Idaho, this is an issue for us. I implore Idahoans to fully look into this issue themselves and see the truth for themselves,” Jordan said.

Little responded saying, “Well, you will be successful in stopping fracking because there is no fracking."

Is Little correct, though? Has there never been fracking in Idaho?

To get the facts, KTVB went straight to the source and talked with Mick Thomas, the division administrator of oil and gas at the Idaho Department of Lands.

His answer to the Idaho fracking question was simple.

"There is no fracking in Idaho," Thomas confirmed.

So KTVB can verify, there is no fracking in Idaho, nor has there ever been.

And Thomas says it doesn't look like it will happen in the future.

He says the geology of Idaho simply doesn't work with hydraulic fracturing.

"The geology of the field is not conducive to hydraulic fracturing as a method to recover the hydro-carbon. The rock is a loosely or moderately-consolidated sandstone. So, the fluids, oils or gas or condensate, flows freely to the well bore. There is no reason to tease it out of the rock, it’s going to come to the wellbore,” Thomas said.

So what about the land leases Little signed with Snake River Oil and Gas in 2013?

Well, Little openly admitted during the debate that he was one of hundreds of people that leased land for exploration projects, where crews use seismic waves to see what is below the surface. They never break ground.

Thomas says those exploration leases and projects are routine efforts to scout an area, that usually come up empty. Little said something similar about this process Monday night.

"Just because you have a lease, it doesn't indicate at all that there is going to be drilling on your property. There is a whole other sequence of events that has to happen, the lease is just the first step," Thomas said.

The survey in Little's area came up empty, and Thomas says because of that there will likely not be oil or gas projects in that area.

DON'T FORGET TO VOTE: Visit the KTVB voter guide before you head to the poll on Election Day.