The painting entitled "Spring Walk In the Foothills" was created by Rachel Teannalach. 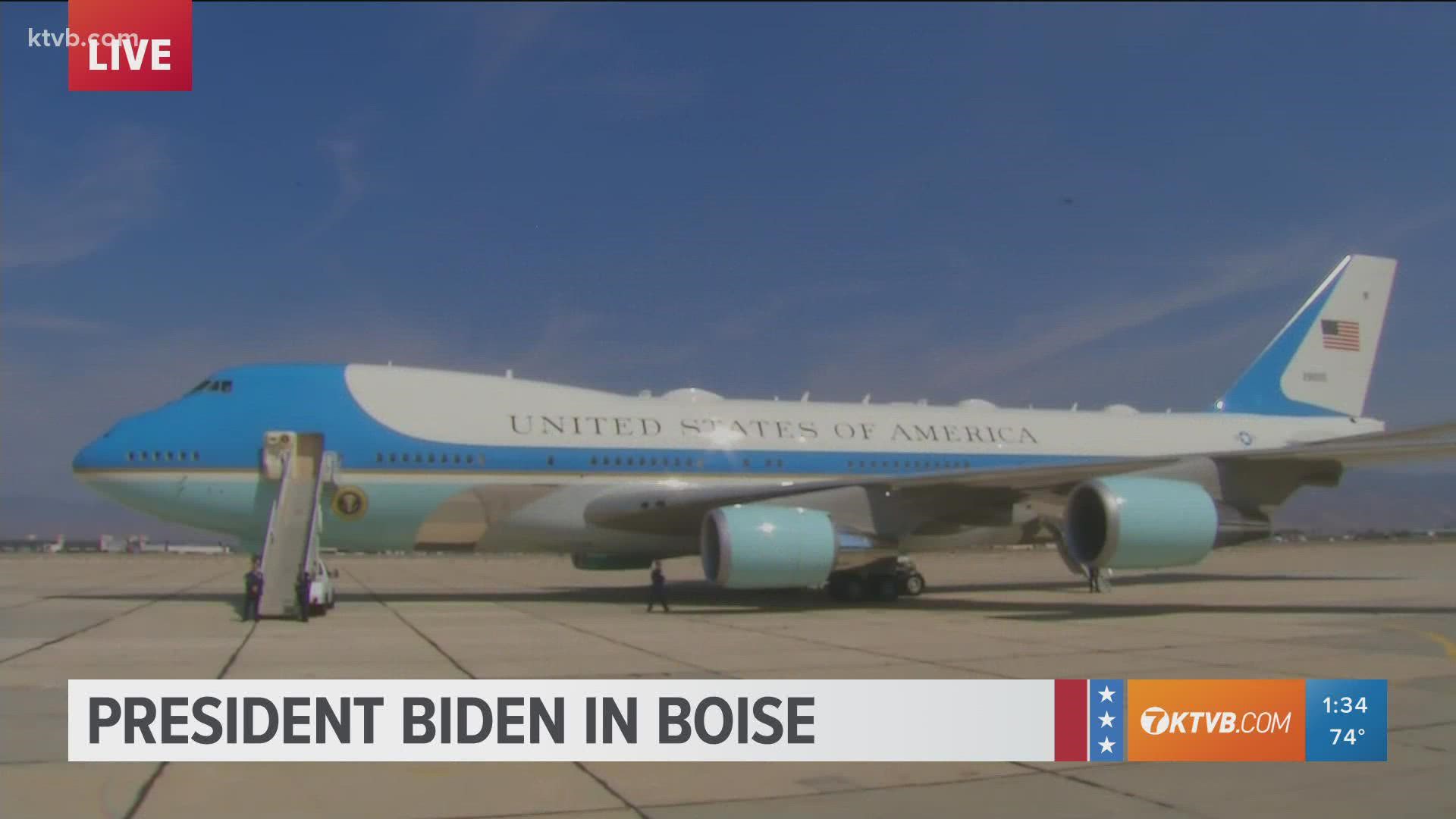 BOISE, Idaho — Boise Mayor Lauren McLean gifted President Biden a painting of the Boise Foothills during his visit to Idaho on Monday.

The painting entitled "Spring Walk In the Foothills" was created by Rachel Teannalach.

McLean spoke briefly with President Biden on the tarmac of Boise Airport after Air Force One landed on Monday. The two had a conversation for several minutes before the president was escorted to the National Interagency Fire Center (NIFC).

In a tweet, McLean said she gifted the painting to Biden "To commemorate the President's visit and highlight our commitment to open space and the America the Beautiful initiative."

"I shared with the President our strong history of open space preservation, and in a nod to that legacy, I gifted him a painting of the Boise Foothills by local artist Rachel Teannalach entitled 'Spring Walk in the Foothills,'" McLean said in a statement. "I’m proud our city is stepping up as a leader for the America the Beautiful Initiative, creating a set of unique goals to plant more trees, protect native habitat and build resilient ecosystems – environmental priorities we share with this administration."

To commemorate the President's visit and highlight our commitment to open space and the America the Beautiful initiative, I'm gifting him a painting of the Boise Foothills titled "Spring Walk In the Foothills" by Rachel Teannalach. pic.twitter.com/sIIm9NS28j

In a statement from her office, McLean said she and the president discussed Boise's Climate Action Roadmap, which outlines the city's goal to be carbon-neutral by 2050. She said the president encouraged the city to "keep pushing forward" and commended her and other city staff for their work.

McLean said she plans to share an announcement regarding the Climate Action Roadmap during her State of the City Address on Thursday.

"I’m grateful President Biden made a stop in our city and our meeting reenergized me in our efforts to create a city for everyone," she said in a statement.

President Biden departed from Boise at 1:50 p.m. on Monday afternoon after touring the National Interagency Fire Center (NIFC). He is set to travel to Sacramento to survey damage from the Caldor Fire.

You can watch the president's departure by clicking here or clicking below: