Watch: President Biden and Air Force One land at the Boise Airport

Watch the President of the United States and Air Force One arrive at the Boise Airport for the first time since 2015. 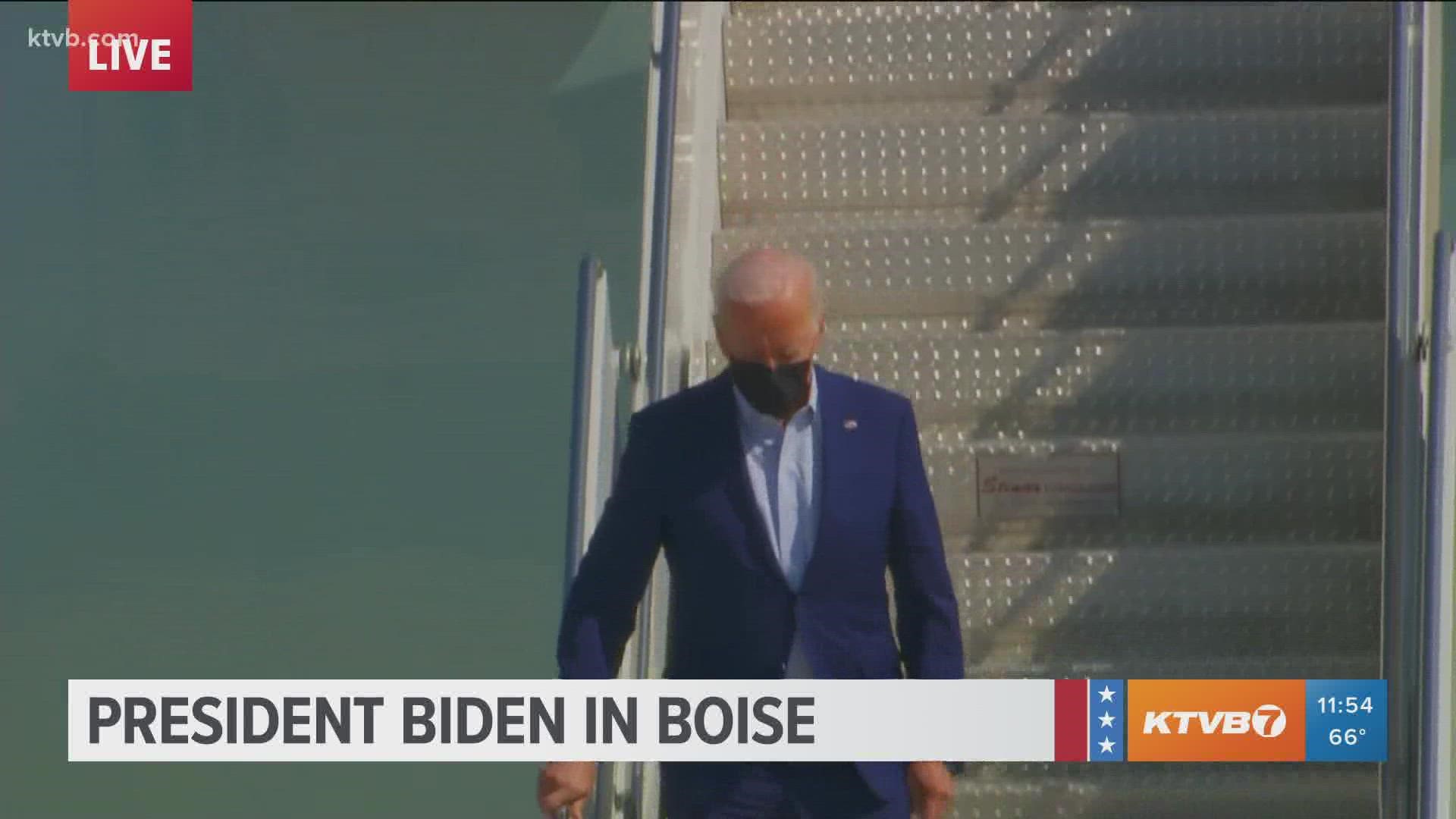 BOISE, Idaho — For the first time since 2015, the President of the United States of America is visiting the City of Trees. President Joe Biden is scheduled to land in Air Force One at the Boise Airport just before noon MT on Monday, Sept. 13.

The president's visit to Boise is only set to be a couple of hours long and he is scheduled to depart the Boise Airport just before 2 p.m. MT. Click or tap here for everything people need to know about Biden's trip to Idaho.

For live updates of Biden's stop in Boise, check out and follow KTVB's live blog here.

Monday's trip to Idaho for a meeting with wildfire officials is Biden's first while in office since 2009 when he visited the Gem State for the Special Olympics. Leading up to the 2020 election, Biden stopped in Boise for a private fundraising event.

If you missed President Joe Biden's landing at the Boise Airport, scroll down to find the recorded live stream of Air Force One touching down in Boise.

During his brief stop in Boise for his presidential tour of western states impacted by wildfire and drought, Biden will speak with officials from state and federal wildfire agencies. Before leaving the City of Trees, the president will take a tour of the National Interagency Fire Center, or NIFC, which oversees wildland firefighting efforts across the country.

President Barack Obama was the last president before Biden to make any formal or official trip to the Gem State. Obama visited Boise in 2015 and in 2009. Biden did not make either of those trips.