Julianne Berg earned a Golden Guard Award, which places her in the top one percent of lifeguards worldwide. 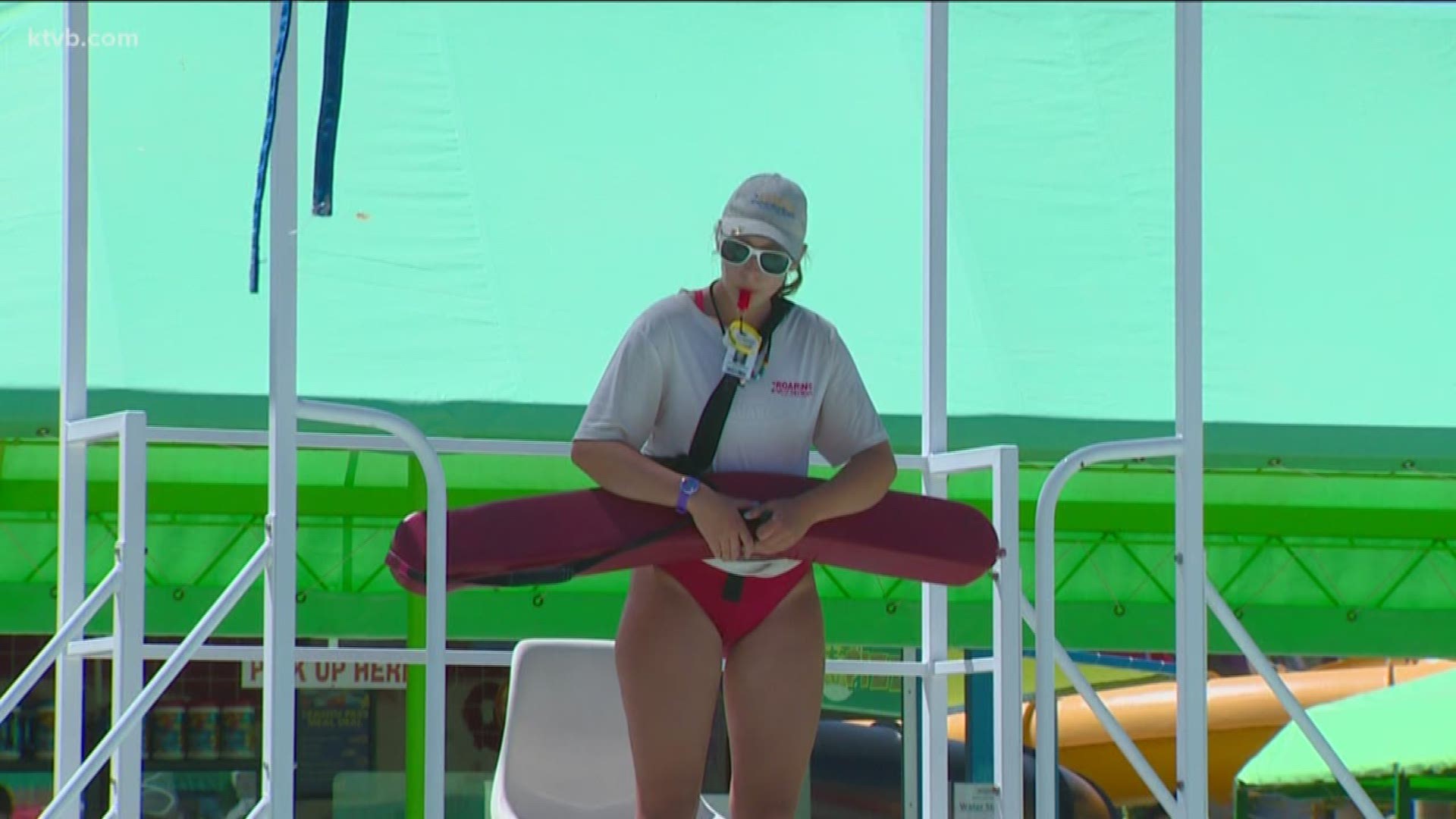 MERIDIAN, Idaho — A 17-year-old lifeguard who works at Roaring Springs Waterpark is being recognized as one of the best lifeguards on the planet.

Julianne Berg was given the Golden Guard Award by Ellis and Associates, an aquatics and safety risk management company, after an auditor made a routine visit to the park to conduct an unannounced safety evaluation.

They were blown away by Julianne's abilities.

Earning the award placed her in the top one percent of lifeguards worldwide.

During one exercise, Julianne spotted a training doll at the bottom of the pool, jumped in, and returned to her post in just 10 seconds.

"I was a little surprised at first but I'm super excited about it and I'm honored," Berg said.

This is Julianne's first year on the job. It also marks the first time that a lifeguard has received this award.

RELATED: Ada County preparing for 2020 float season, with some changes

RELATED: Roaring Springs plans to reopen this month with a few limitations