Ada County preparing for 2020 float season, with some changes

While the official kickoff for float season on the Boise River has yet to be announced, officials say there will be some changes for floaters once the season begins. 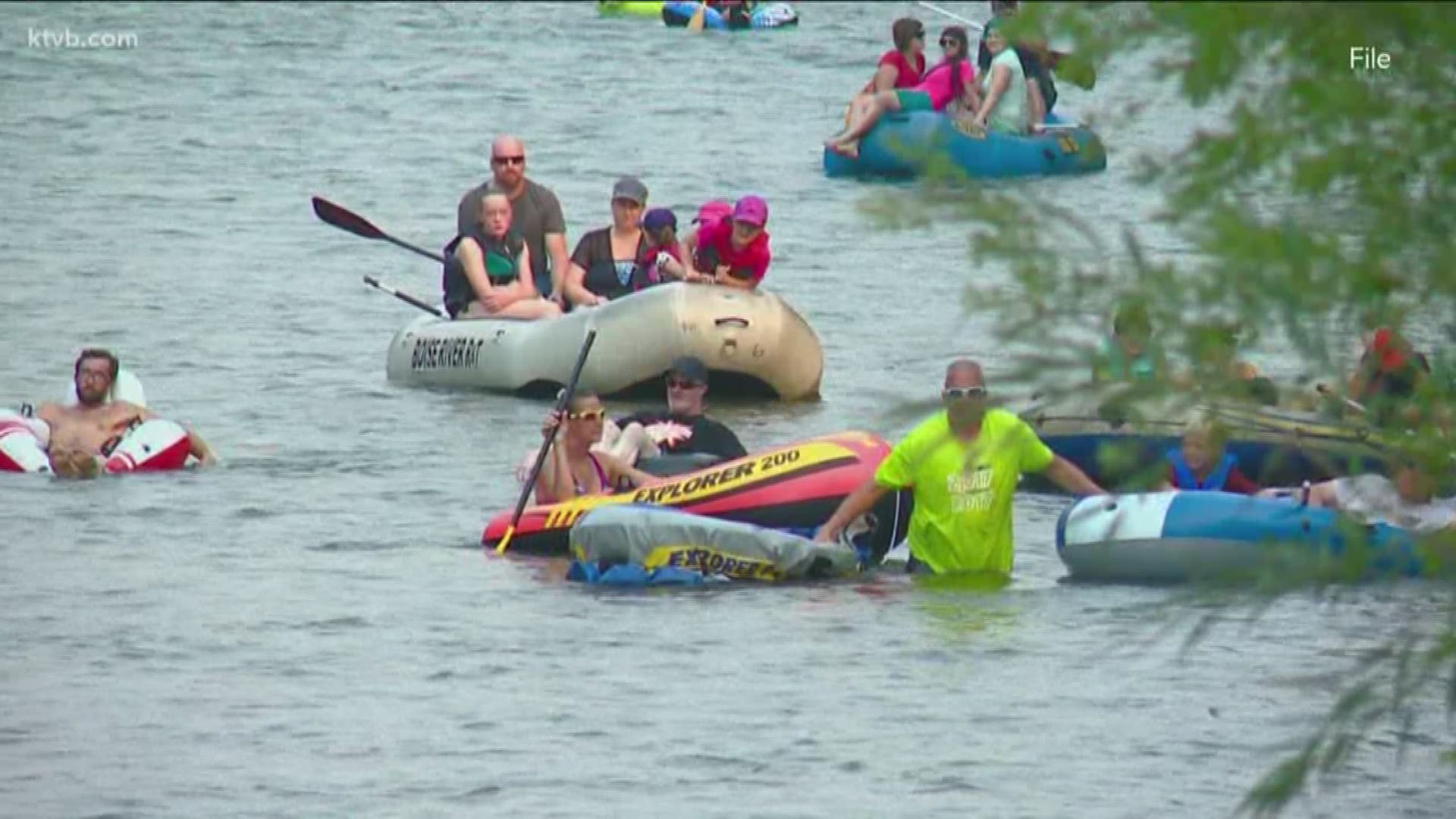 BOISE, Idaho — The official start to the float season in Ada County is fast approaching.

In a normal year, the season usually kicks off in mid- to late June. And so far, it doesn't look like this year's timeline will be any different.

But when it does kick off, floaters can expect some changes for the 2020 float season.

"We don't have any date selected or anything like that but we are planning and preparing accordingly to have an official float season this year," said Scott Koberg, director of Ada County Parks and Waterways.

Before Ada County kicks off the official float season, there's still a lot to be done. That includes monitoring river levels, doing float checks and working with the Boise Fire Department to clear debris from the river.

"Because the river flow has been so low, Boise Fire has not been able to get their new jet boat on the water to do the typical hazardous debris mitigation that would occur," he said.

Currently, the river running at about 560 cubic feet per second, which Kobert said is low enough that people typically are dragging bottom and scraping rocks.

However, that level is expected to rise over the next several weeks. As irrigation water demands from farmers increase, more water will be dumped into canals. That will also increase the flow of the Boise River.

RELATED: 'This risk is simply too high': McCall will not hold Fourth of July fireworks show this year

While the COVID-19 pandemic hasn't drowned out the 2020 float season, there will be changes for floaters, particularly at Barber Park - where users put in.

"We're going to have additional policies and procedures," Koberg said. "If we're running the rental concession, how folks are going to acquire their equipment, how many feet of distance between each person in line, folks that are handling any kind of transaction with credit cards, the kiosk when people come to park here"

Another major change will be the shuttle to Barber Park. Ada County is currently working with its vendor who provides the shuttle and discussing possible options.

"Some of the recommendations that we've been floating back and forth are potentially just running more shuttles more consistently with more drivers and more frequency so you can actually have a half-full shuttle as opposed to a fully-loaded shuttle," Koberg said.

Because floaters take out at Ann Morrison Park in Boise, the city is also prepping.

"The park staff and the fire department, I expect, are in those planning conversations around that," Boise Mayor Lauren McLean told KTVB on Wednesday. "I just want to make sure that the public knows: don't go use the river until our firefighters have swept the river, just to stay safe."

Koberg said if you do float the river, make sure you have the proper equipment, wear a life jacket and always float at your own risk.

RELATED: Roaring Springs plans to reopen this month with a few limitations

While some may be getting ready to beat the summer heat by hitting the river, others can visit Roaring Springs Water Park.

The park plans to open on Saturday if the state moves ahead with stage 3 of reopening.

The park sits on 18 acres so Quilici said there is plenty of room for customers to social distance. Lines for water slides will be limited and social distancing enforced. Capacities for swimming pools will be at 50%.

Employees will be required to wear masks, guests will be encouraged to do so when not in the water. Employees and guests will also be required to have their temperatures taken before entering the park - something Roaring Springs has heard concerns from the community about.

"That is certainly their right but it is also our right and our responsibility to protect every guest in our park," Quilici said. "So temperature checks will be required. For guests that don't want to do that, we look forward to welcoming them back when the time is right for their family."

RELATED: 'I don't think you can catch anything but a smile': Idaho whitewater season still a go