Council member Holli Woodings, sponsor of the ordinance, says one option being considered for violating the ordinance is adding points to a driver's record. 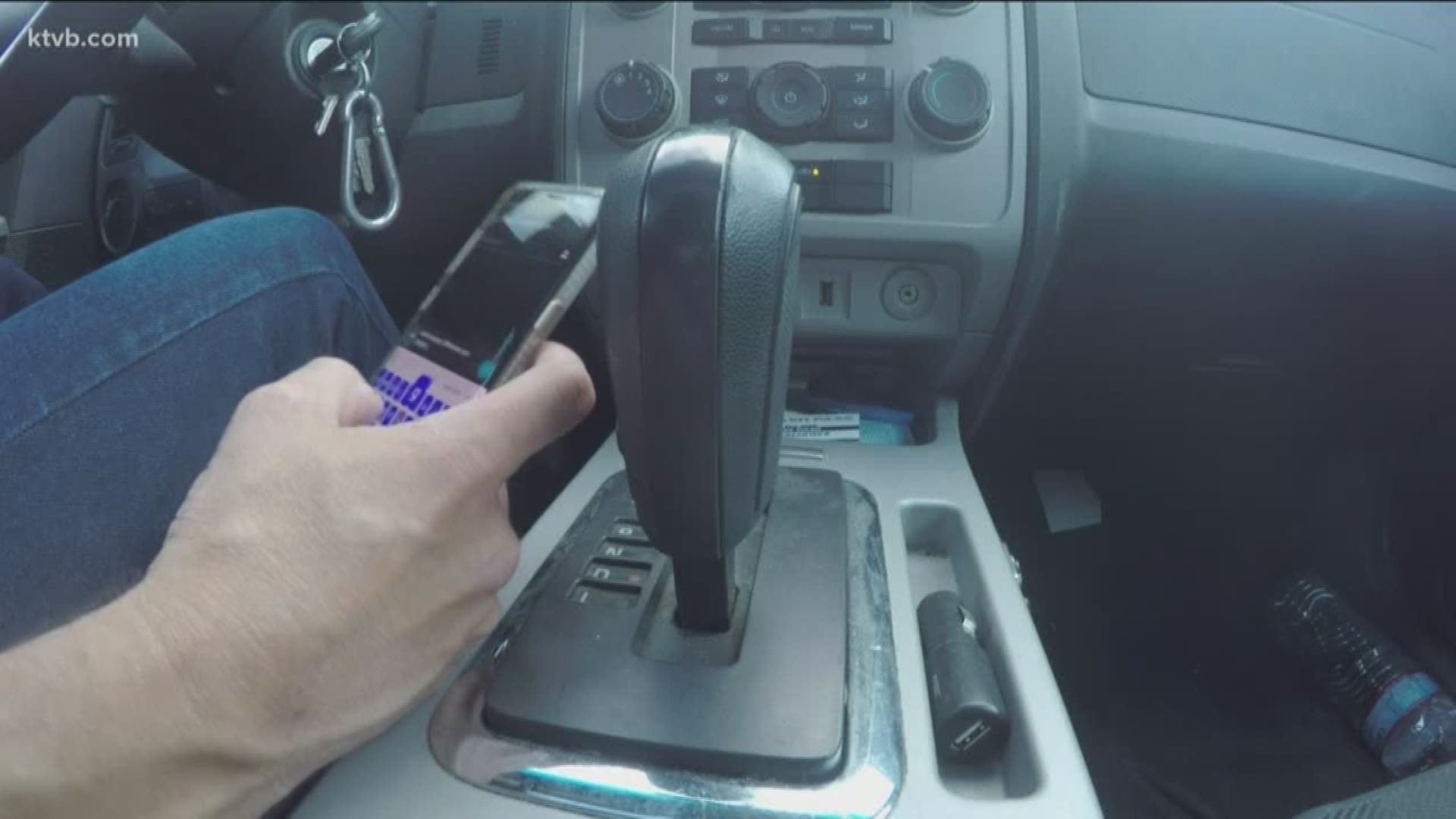 BOISE, Idaho — Boise could soon be the next city in Idaho to pass a hands-free ordinance, banning the use of cellphones and other electronic devices while driving.

The proposal is sponsored by Boise City Council President Pro Tem Holli Woodings. On Tuesday night, the rest of the council voted to move the proposal forward.

Woodings said the city's ordinance for the most part would mirror the one recently implemented in Meridian. That ordinance bans the use of any handheld device while driving, as well as using cellphones while at stoplights or stop signs. Violations of the ban result in a $90 ticket.

RELATED: 'The primary thought is safety': Meridian Police to start ticketing for hands-free ordinance on Jan. 1

Boise's proposed ordinance would be similar but may include stricter penalties.

“We discussed maybe just doing a fine for your first offense but if you have a subsequent offense within a certain period of time, you might have points assessed on your driving record as well,” Woodings said.

Drivers who commit traffic violations receive points - anywhere from 1 to 4, depending on the seriousness of the violation - and 12 points over a one-year period can result in a 30-day driver's license suspension.

However, whether or not the city can actually apply points to a person's driving record is a legal gray area.

KTVB spoke also spoke with officials from the Boise Police Department, the City of Boise and the Idaho Transportation Department about the issue. None had a clear answer of what the city could or could not enforce when it comes to points on driver's records.

The state lists several violations that have corresponding points added to drivers' records if a citation is issued specifically for that offense.

ITD spokesman Jake Melder said if there is no state code listed for a specific violation, points cannot be added to the driver's record.

Under the current point violations, state code exempts any from being added for a texting while driving offense. However, it does list 3 points for an inattentive driving violation.

As for what all that may mean for Boise's proposed ordinance, no one was sure.

Woodings said at this point, it's just one possibility and it's something that would need to be explored further. She also said it's highly possible the ordinance would move forward without points on driver's records as a penalty.

On the state level, Rep. Joe Palmer (R - Meridian) recently introduced legislation that would enact a state law against distracted driving. Idaho's current law only addresses texting while driving. Palmer's bill would go beyond that to include using a phone, eating, or doing anything else distracting while behind the wheel.

When asked if the state's proposal affects Boise's plans to move forward with its own ordinance, Woodings said it would not. She believes there's "no harm to pursue the two things concurrently."

“I think this is the right time to do something like this on the city level," she said. “We’ve been waiting for the state to come up with a comprehensive solution for some time – they failed to deliver on that and so I think that at this point, it’s become incumbent upon cities to take that safety piece into their own hands.”

The next step for Boise's proposed ordinance will be to schedule a public hearing.

Other Idaho cities have already passed their own versions of a hands-free ordinance including Idaho Falls, Pocatello, Hailey, Ketchum and Sandpoint.

Since the ordinance went into effect in Meridian on Jan. 1, police have issued 22 warnings and 23 citations.

Pocatello's ban started in December 2018 and since then, police have issued more than 100 warnings and 67 citations.

The Hailey Police Department said since August of 2016, there have been around 200 citations issued for violating the city's hands-free ordinance.