Surf's Up Puppy Shack opened up in Meridian in early October. The two puppies that got sick were from the same litter. 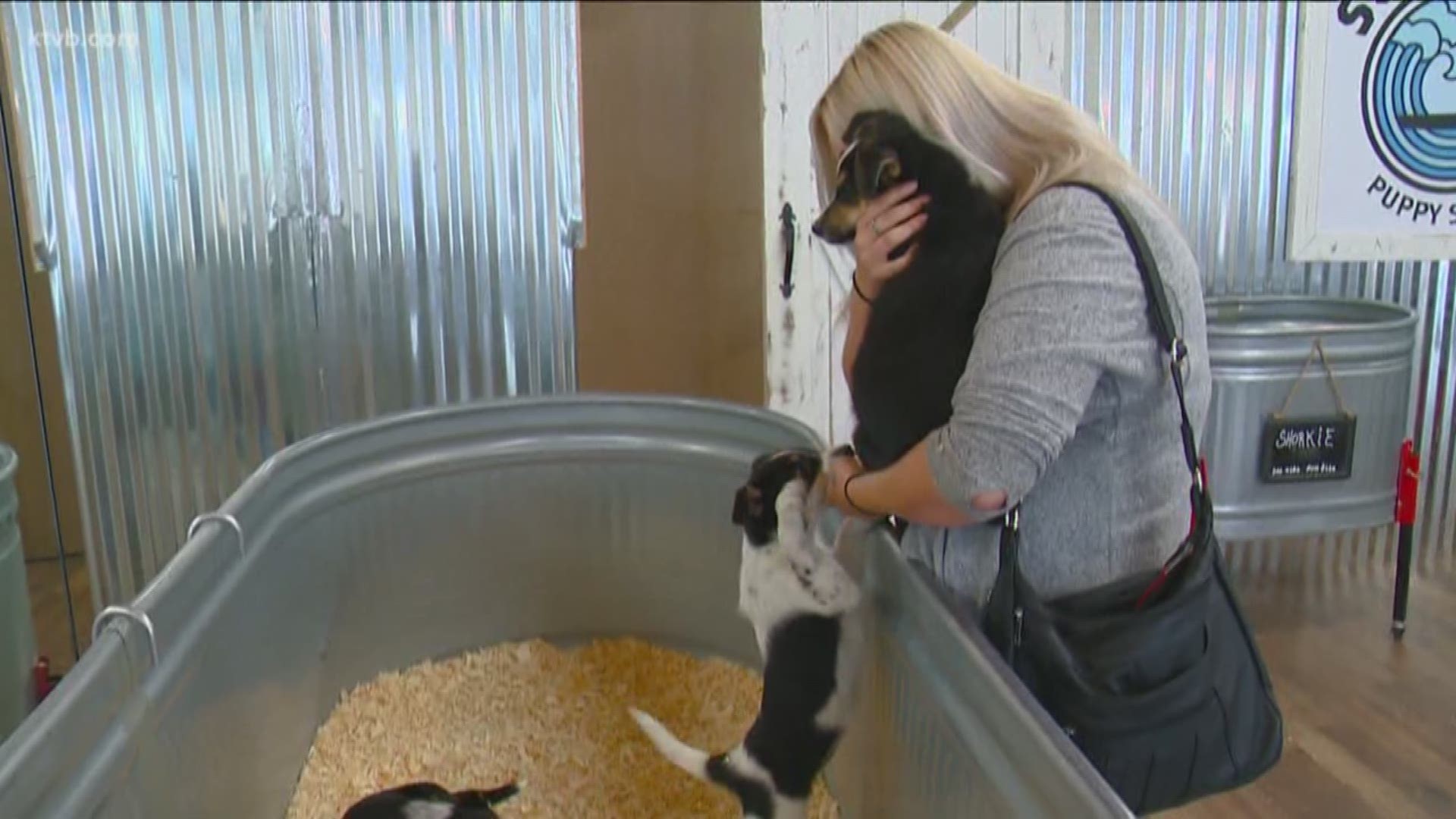 MERIDIAN, Idaho — A new puppy store in Meridian is facing a lot of public backlash. The Idaho Humane Society said it sold two puppies that were sick from parvo-virus.

Both puppies from Surf's Up Puppy Shack were from the same litter and sold to two different families. Both puppies ended up surviving.

"Thankfully both puppies had received two vaccinations already, so their immune systems were strong. So, both are home and healthy and we were able to provide a full refund to those families,” store owner Matthew Milligan said.

That hasn't stopped the complaints from piling up both on Facebook and through Google Reviews.

The Idaho Humane Society investigated the shop on Oct. 22. Animal control officers checked to see if the puppies were being kept in a clean and sanitary area, and they concluded they were. They also found no evidence that Milligan knowingly sold sick puppies.

RELATED: 'He started bleeding from his lips and gums': Rattlesnake bites dog south of Kuna

Milligan says he reimbursed the families that bought the sick puppies, and so far no other case has popped up.

"Since we've been open we have really high cleaning standards, and thank God we haven't had any issues,” he said.

The Idaho Humane Society’s CEO, Jeff Rosenthal, told KTVB that his organization routinely gets complaints on pet stores, and they often investigate them, but they don’t normally find any infractions.

“I believe they did not find any violations of the law,” he said. “They found no violations of care and keeping of the animals within that facility.”

However, Rosenthal said the Humane Society has an issue with stores like Surf's Up.

"The issue the Idaho Humane Society has with puppy re-sellers is most people are in fact going to obtain a source bred puppy, and when you go out and decide to adopt a puppy from a breeder, you want to do that responsibly,” he said. “Part of that responsibility is making sure that you're not supporting something that is evil, and it's difficult to do that with a puppy re-seller.”

“You can't go and see the parents of the puppy, see how they're being kept,” he said.

Milligan said he takes extra measure to ensure every puppy he sells is healthy. This includes cleaning the entire store from top to bottom four times a day. He said he uses the chemical, Parvosol, and bleach.

Another measure he said he takes is separating each of the litters, so the puppies aren’t in direct contact with one another.

“We like to keep separation between all the litters so that interaction is kept at a minimum,” he said.

While Milligan is new to Idaho, he's been in this business for five years now. He ran three stores in the Salt Lake area in Utah. He said he ended up selling those stores to another competitor in the area because he and his wife wanted to move to Meridian.

KTVB did reach out to both families who ended up buying a puppy that got parvo, neither of them wanted to go on camera to be a part of our story.

However, Wesley Atkinson told KTVB in a statement he wishes there was more recourse. He also wishes there were more regulations surrounding the sale of dogs to address this issue.

While he was fully reimbursed by Surf's Up for the purchase of the puppy, he said he spent $3,000 on veterinary care for his puppy.